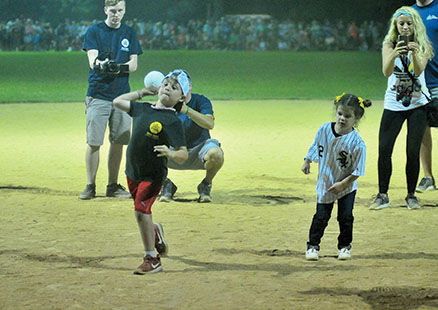 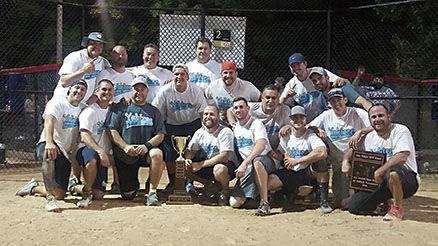 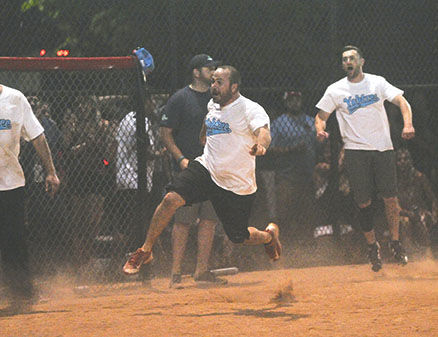 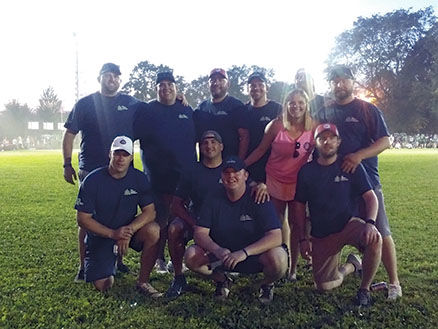 Many people know that Tom “Papa Hops” Hopkins loved his family, the community and local sports, but when someone recently asked his daughter, Anne, if her late father had any hidden talents, she stopped and smiled.

The namesake of an annual charity softball tournament, Tom was a big man with a big heart, but according to Anne, he still could be light on his feet.

“He was a great dancer. He loved his music,” she said.

“We’d be in a dive bar for my brother Marty’s graduation from Iowa, and he’d make everyone get up in the whole place and dance,” Anne said. “That’s the sort of man he was. Regardless of the situation, no matter what was going on in life, he was having a fun time.”

Organizers estimated that 5,000 people were in attendance.

Hopkins died in March 2014 after battling cancer. His son, Liam, quickly organized a softball tournament in his father’s name, and it was held four months later in July.

The first five tournaments have raised over $200,000 for the Tom Hopkins Memorial Foundation, which assists local families who have been affected by cancer and also provides support for local youth athletics.

The total raised for the tournament’s sixth year was unavailable at press time, but Liam Hopkins said it will surely be another success—thanks to the community.

“[The committee], we try and do a great job, but it’s the people, the neighborhoods, Beverly, Morgan Park and Mt. Greenwood, that make this what it is,” Liam said. “Everyone out here probably knows someone affected by cancer. My dad lived his life unselfishly and for others. We try and do that and carry on to honor his memory.”

In addition to the 15-person committee, Hopkins said that typically 40 to 50 volunteers help run the event. After each tourney, the committee usually takes a break for a couple weeks before beginning next year’s planning.

Before the championship game of the 32-team tournament, members of the Fetzer and Hooker families threw out ceremonial first pitches.

Molly Fetzer, 38, and Matt Hooker, 40, both died in June after battling cancer. Fetzer and Hooker grew up in Morgan Park.

Liam Hopkins said the event is about more than raising money; it puts the spotlight on families affected by cancer.

“It doesn’t get better than having someone who’s trying to beat cancer or fighting it to come out here,” Liam said. “It’s about them, to honor them. Hopefully, this helps shine a light.”

In the tourney championship, Yahtzee defeated Barrel Club 16-15 on a 2-run walk-off home run from Wade Weyer. Yahtzee trailed 15-13 heading into the bottom of the seventh.

Campagna said Papa Hops would have loved what the night in his name has become in only six years.

“When baseball and softball leagues ended and the park was empty, he’d go and start a softball league for kids on Sundays to get people in the park,” Campagna said. “He loved his neighborhood. People saw that. That’s why you’ve got all these people out here.”

Valenti echoed Campagna’s sentiments, but Valenti said Hopkins would probably have shied away from all the attention.

“Tom was a big man, but his heart was bigger than he was,” Valenti said. “His family, friends and community came first. He wasn’t a guy looking for recognition. He would be humbled. Tom would say that it’s all for the people in the neighborhood.”

Next year’s Papa Hops tournament is scheduled for July 10, 2020.