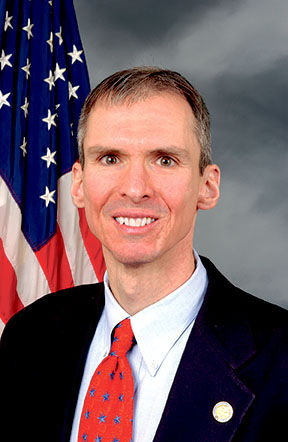 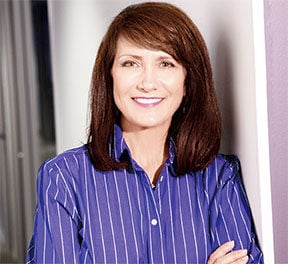 For the first time since 2012, Dan Lipinski, the U.S. representative for the Third Congressional District of Illinois, will have a challenger in the primary election.

Lipinski, a Democrat from Western Springs, will face Marie Newman, a Beverly native who lives in La Grange.

Lipinski, 51, has been in Congress since 2005, after his father, William Lipinski, stepped down after the 2004 primary. Democratic party leaders selected Dan Lipinski to run in the general election, which he won.

Lipinski said that even when he hasn’t had a challenger, he still got out and campaigned, including in the Beverly/Morgan Park and Mt. Greenwood area.

He is known as a conservative Democrat. He has said he is pro-life. He has opposed same-sex marriage but now supports it because it has been declared the law of the land, according to his spokesperson.

Lipinski described himself as willing “to reach out across the aisle to Republicans” and ready “to work with anybody to try to make things better for my constituents and for the country.”

I have always been.”

Locally, Lipinksi has been active in addressing problems surrounding CSX Transportation, Inc., a railroad company that operates the Elsdon Line and drew criticism from residents and local officials.

For many years, complaints have arisen of trains blocking crossings for extended periods of time or crossing gates going down when no train was present, which violates an agreement to which CSX had signed.

Lipinski was among several local officials who wrote a letter to the Surface Transportation Board seeking punishment for CSX, and federal officials soon required the company to provide more in-depth reports about activity on the line.

“I’m happy we’ve been able to help with the lowering of incidents of blocked crossings and the trains sitting there idling,” Lipinski said. “I’m proud that I was able to get that accomplished.”

Lipinski also noted his involvement in renaming the Mt. Greenwood post office in 2015 in honor of the late Chicago firefighter Herbie Johnson, who lived in Morgan Park and died in the line of duty in 2012.

He said is “fighting to fix” the Affordable Care Act, commonly known as Obamacare, of which he believes there are “a lot of problems.”

He also said the federal minimum wage needs to be raised—many people around the country want an increase to $15 an hour—but he is focused more on job creation.

“I think it’s important to raise the minimum wage, but what’s even more important is just to grow more American paying jobs. And I’ve really been a champion of manufacturing,” he said.

He also said he wants to work for better working conditions, “do more with technology and innovation” and improve public transit in the region.

Immigration has also been a heated topic, with the country focused on the DREAM Act and Deferred Action for Childhood Arrivals (DACA) program, which allow young people living in the U.S. illegally to remain in the country and potentially earn citizenship.

Critics want to eliminate DACA, which President Barack Obama created in 2012, while supporters want to keep it in place. DACA calls for participants to renew their status every two years, but it does not provide a path to citizenship.

Lipinski said he has been working with a “problem-solver caucus” that would both provide Dreamers a path to citizenship and increase border security.

“People are very frustrated” with politics, he said, and he is focused on providing good healthcare and improving the economy.

“I think people are most concerned about their job,” Lipinski said, “and future jobs for their children.”

Newman, 53, is the founder of an anti-bullying non-profit organization, which she said she created after her son was bullied. She has also worked in advertising and run a small business.

She said after considering a run for public office several times during the last decade, she decided to run.

She positioned herself as more progressive and Democratic than Lipinski.

Newman, who attended elementary school in Palos Township, which is part of the Third District, said she has already participated in about 50 meet-and-greet events. She said her local ties are an advantage.

“I have deep roots in the district,” she said, “and I also have a blended experience in terms of my professional experience.”

“I keep families together,” she said, “and Mr. Lipinski likes to break families apart.”

She supports a woman’s right to choose, LGBTQ rights and is “very pro Obamacare” because “healthcare is a right.”

Newman said she supports increasing the minimum wage to $15 per hour, and she said Lipinski is hurting workers by not backing higher wages.

“He has done nothing,” she said, “for working families.”

Newman said her job right now is to work “25 hours a day” leading up to the primary election, which is March 20.

“Mr. Lipinski is a Republican,” Newman said, “and he needs to run in the Republican party.”

The winner of the primary election will face Republican Arthur Jones, who is running unopposed, in the general election in November.