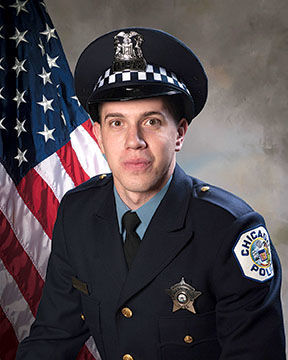 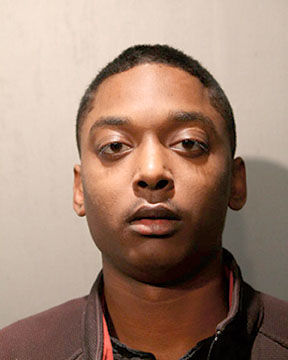 Jovan Battle, 32, and Menelik Jackson (pictured), 24, have been charged with first-degree murder for the shooting death of Chicago police officer John Rivera. Police said that Jackson pulled the trigger. 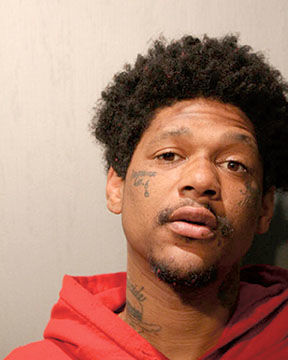 Jovan Battle (pictured), 32, and Menelik Jackson, 24, have been charged with first-degree murder for the shooting death of Chicago police officer John Rivera. Police said that Jackson pulled the trigger.

Jovan Battle, 32, and Menelik Jackson (pictured), 24, have been charged with first-degree murder for the shooting death of Chicago police officer John Rivera. Police said that Jackson pulled the trigger.

Jovan Battle (pictured), 32, and Menelik Jackson, 24, have been charged with first-degree murder for the shooting death of Chicago police officer John Rivera. Police said that Jackson pulled the trigger.

The off-duty Chicago police officer who was shot and killed on March 23 in the River North neighborhood was an alumnus of a local high school, and he is being remembered as a kind, selfless young man.

John Rivera, a 2013 graduate of Br. Rice High School, was shot on the 700 block of North Clark Street at about 3:28 a.m., according to the Chicago Police Department.

Police said Rivera, 23, of Hegewisch, was sitting in a parked vehicle when he was shot.

Police believe he was targeted because he was Hispanic—the suspects had recently been in a confrontation with a group of Hispanic people at a nearby restaurant and had returned to the area with a gun.

Rivera, who was with the CPD for almost two years, was struck multiple times and pronounced dead at Northwestern Memorial Hospital.

Another man, also 23, was struck and in critical condition, police said.

According to the CPD, Rivera would have celebrated two years on the job in May. According to the Cook County Medical Examiner’s Office, he resided on the 13100 block of South Green Bay Avenue.

“Everyone seemed to like him,” Alberts said. “He never got in trouble. He flew under the radar—just a really, really great kid. We’re praying for him and his family. We’re going to do what we can to help the family.”

Rivera formerly used the last name of his mother, Petty. He attended Mt. Carmel High School before transferring to Br. Rice for his junior year.

“Mt. Carmel High School is deeply saddened to hear about the tragic death of Officer Rivera,” they said in a statement. “Our sincere condolences go out to the Chicago Police Department and Officer Rivera’s family during this difficult time.”

Police said two men have been charged with first-degree murder for Rivera’s death: Menelik Jackson, 24, of South Holland, and Jovan Battle, 32, of the 2100 block of South Albany Avenue.

They have also been charged with three felony counts of attempted first-degree murder.

Jackson was also charged with resisting a peace officer, after he struggled with officers during his arrest.

Jackson, police said, was the shooter, and had previously applied for a job as a Chicago police officer, but it was discovered that he been convicted of armed home invasion. He also has two convictions for domestic violence.

Police are still searching for third suspect, they said, whose identity is known.

The incident began at about 2 a.m., police said, when the suspects were in a physical confrontation with Hispanic men on a party bus at a fast food restaurant in River North.

Jackson was struck in the face, police said, and he retrieved a gun and returned with the other suspects looking for the men. They encountered Rivera and three other people sitting in a vehicle after leaving a bar in the area. Jackson then opened fire.

Police said the shooting was recorded on a security camera.

When charges were announced on March 25, Chicago Police Superintendent Eddie Johnson said that Jackson was just looking for a Hispanic person to shoot. He said Jackson confessed, and authorities are pursuing hate-crime charges.

Rivera worked in the 6th District (Gresham). Johnson’s son, Daniel also works in that district and said officers who graduated from the police academy with Rivera are “suffering.”

“All he wanted to do was help people,” Bradley said. “My third watch is really struggling because he was such a good person—not only a good police officer but a good person.”

He said he saw Rivera handle a homicide scene while on duty in the hours before he was killed.

He vowed to be there for Rivera’s comrades and loved ones.

“He went out there every day trying to make the city safer and better,” Bradley said, “and we’re going to work to keep those officers going and honor his memory and support his family.”

Interment will be private.