Police investigate the scene of a fatal shooting at 118th Street and Western Avenue on Dec. 3. A retired Chicago firefighter was killed during an attempted carjacking. 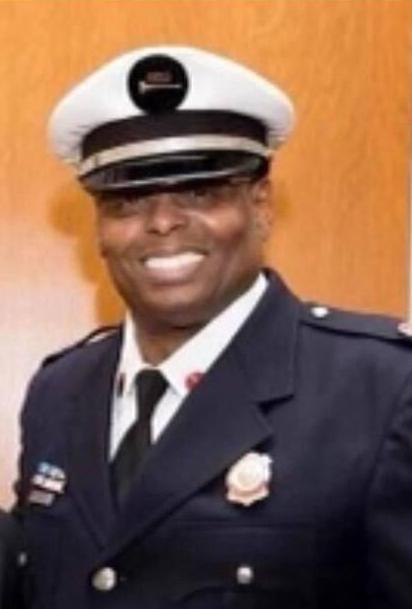 Police investigate the scene of a fatal shooting at 118th Street and Western Avenue on Dec. 3. A retired Chicago firefighter was killed during an attempted carjacking.

A 65-year-old retired Chicago firefighter who lived just east of the 19th Ward was shot and killed during an attempted carjacking outside a business in Morgan Park, according to the Chicago Police Department.

Police said the incident occurred on Dec. 3 at about 2 p.m. at 118th Street and Western Avenue.

After the victim left the business, police said, four black males approached him and attempted to take his vehicle. Gunfire was exchanged, and the victim suffered a gunshot wound to the stomach.

He was taken to Advocate Christ Medical Center, where he was pronounced dead.

He was identified by the Cook County Medical Examiner's Office and Chicago Fire Department (CFD) as Dwain Williams, of the 9700 block of South Peoria Street in the Longwood Manor neighborhood.

According to CFD officials, he was a lieutenant who joined the department in 1992 and retired about two years ago. He last worked in the city's Office of Emergency Management and Communications, which handles 911 calls.

19th Ward Ald. Matt O'Shea called him a hero and expressed anger at someone supporting a local business being "gunned down in another senseless act of violence."

He said Williams earned several honors on the job and was also a musician.

"I know that everybody that I've talked to today who worked with him was heartbroken," O'Shea said.

Other media reports said Williams was married to his wife for 30 years and had four children.

The offenders fled west on 118th Street in their dark-colored four-door sedan, police said, and no one is in custody. Area 2 detectives are investigating.

Police encouraged people with any information to submit tips at cpdtip.com.

The tragedy is the latest violent crime in the area to occur in recent months.

On Nov. 29, a man was fatally shot in the parking lot of a store on the 11100 block of South Longwood Drive. O'Shea said that incident was gang-related. No arrests have been made.

In mid-November, police said, an elderly man was carjacked at 99th and Western. He hung on to the passenger's side door as the offender drove south, and the victim fell off the car about three blocks later. He was taken to the hospital and treated for contusions and abrasions. A 19-year-old man was charged.

In late August, a mass shooting occurred at a restaurant at 116th and Western. Men opened fire inside an outdoor dining tent, killing one man and injuring several others. No arrests have been made.

This story will be updated as more information becomes available.