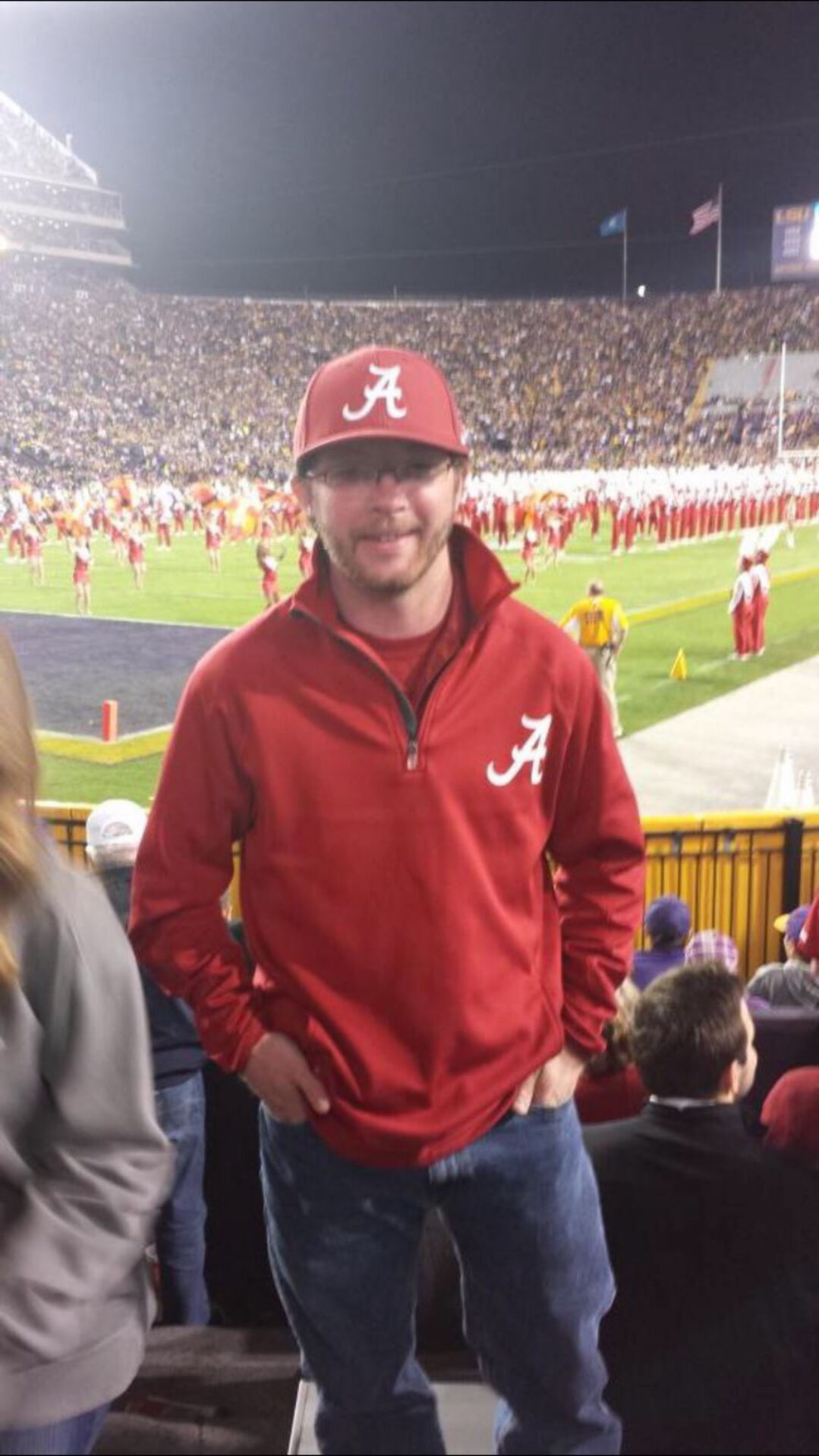 Ryan Rusch, of Beverly, is being mourned after his unexpected death on Feb. 14 at age 28. An avid fan of the University of Alabama football team, Rusch battled heart ailments all his life and was known for his courageous spirit. 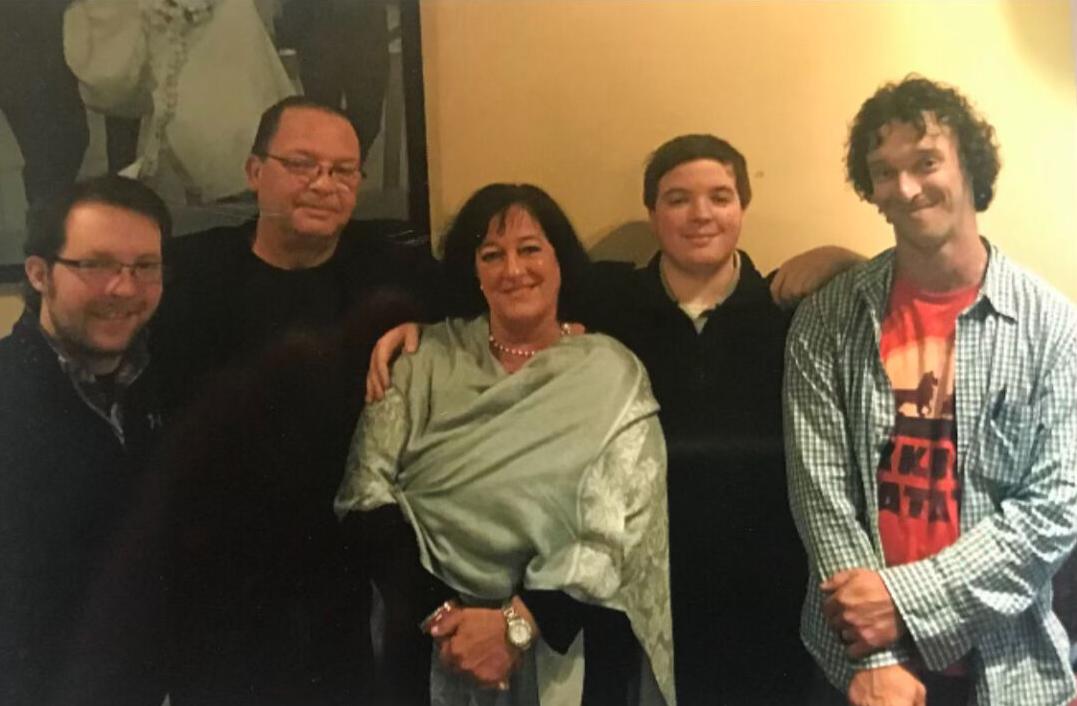 Ryan Rusch (left) enjoys a moment with his parents, Michael and Joanne, and his brothers, Adam and Cody. Despite coping with severe heart issues throughout life, Ryan was active in sports as a team manager for the football programs at St. John Fisher Elementary School and St. Rita High School. He also played lacrosse for St. Rita. 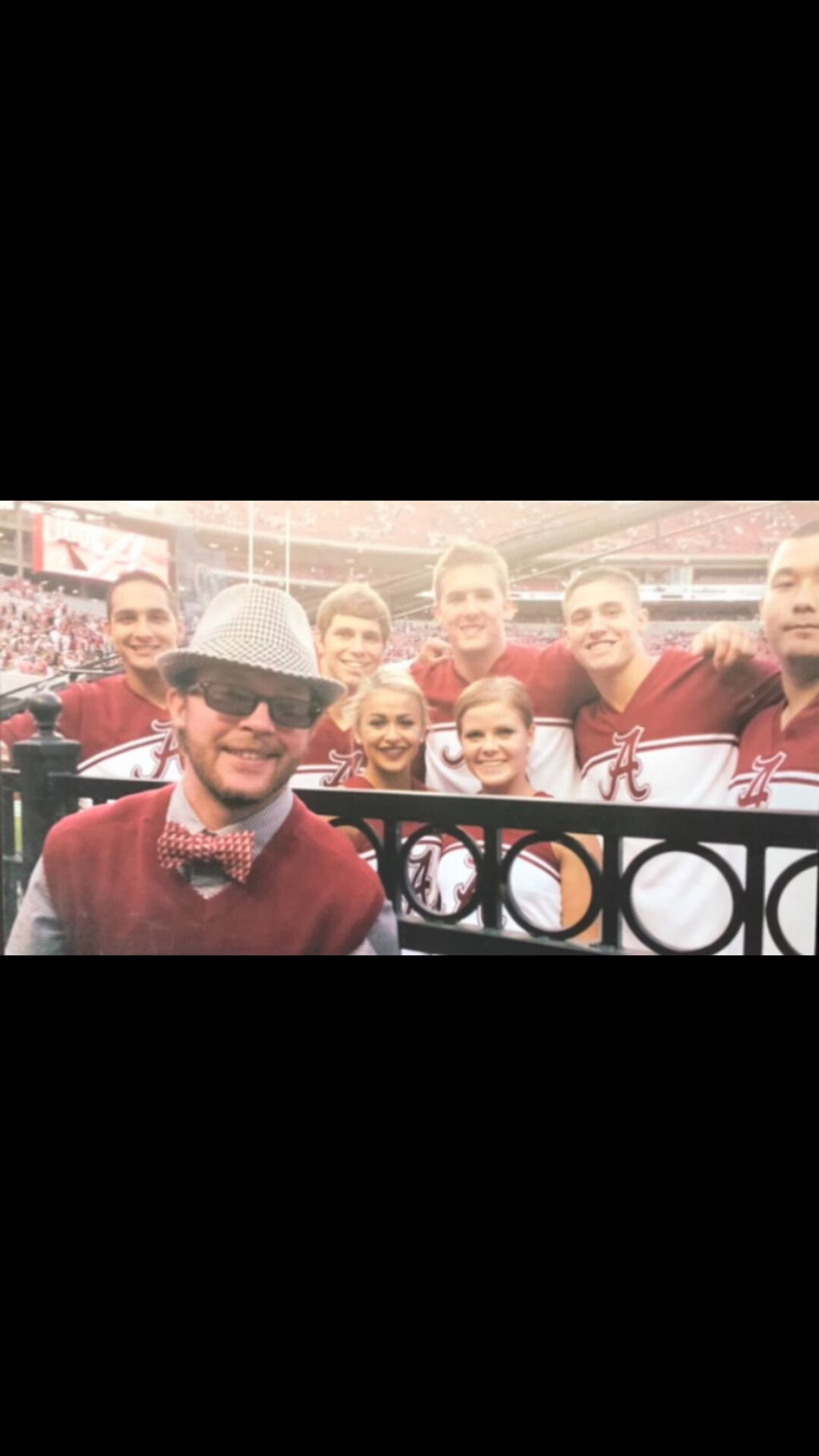 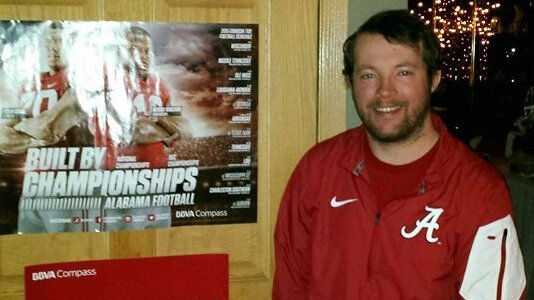 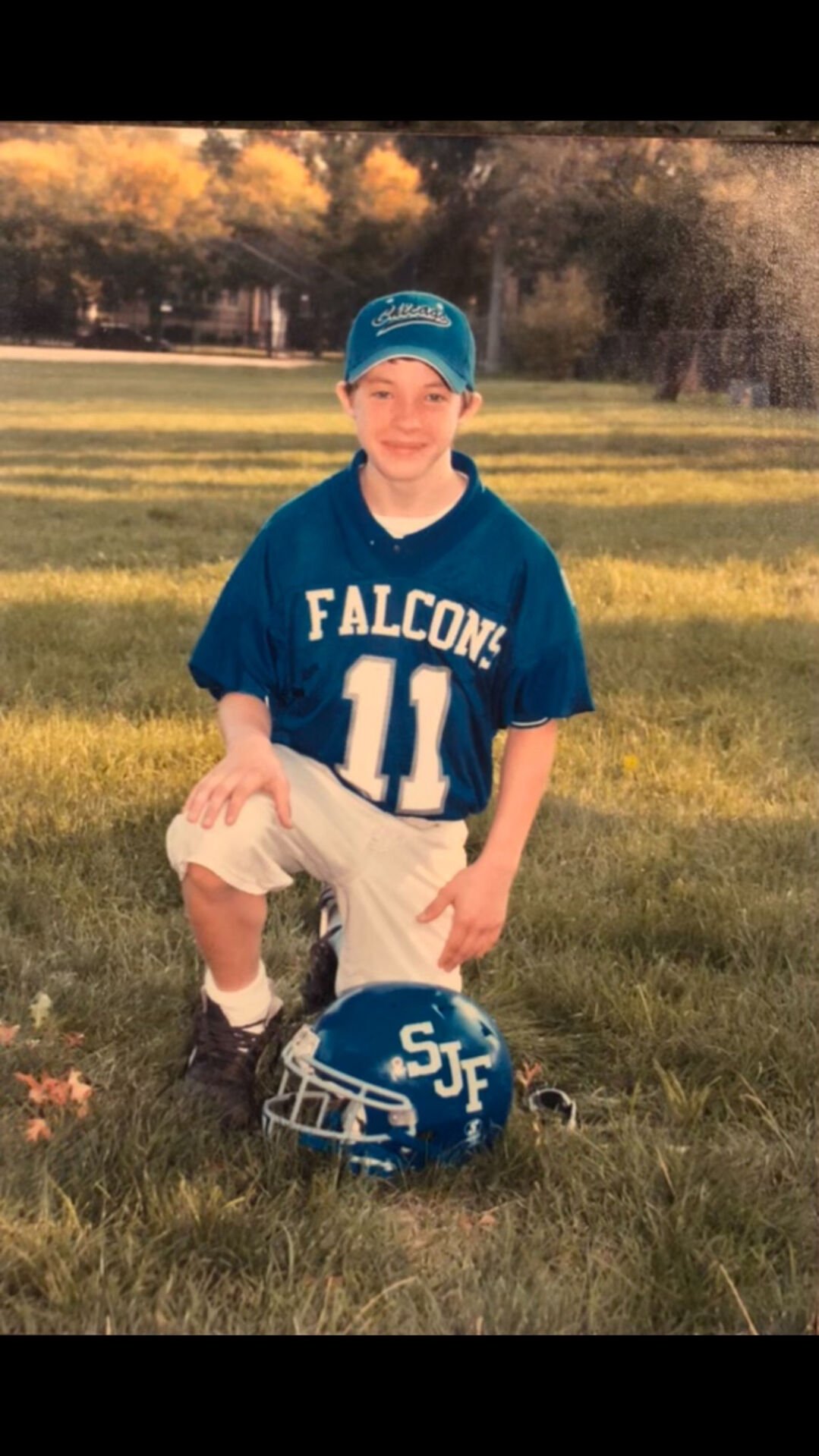 Ryan Rusch, of Beverly, is being mourned after his unexpected death on Feb. 14 at age 28. An avid fan of the University of Alabama football team, Rusch battled heart ailments all his life and was known for his courageous spirit.

Ryan Rusch (left) enjoys a moment with his parents, Michael and Joanne, and his brothers, Adam and Cody. Despite coping with severe heart issues throughout life, Ryan was active in sports as a team manager for the football programs at St. John Fisher Elementary School and St. Rita High School. He also played lacrosse for St. Rita.

Throughout his life, Ryan Rusch displayed the heart of a champion.

Even though he was born with a severe heart condition that frequently caused him to put his life on hold, Rusch always maintained an energetic and determined outlook.

Now, Rusch’s family and friends are mourning his unexpected death at age 28 on Feb. 14, Valentine’s Day, a day symbolic of heart and love. He died at home in his sleep.

His inspiring character first came to public light in the summer of 2006.

Rusch was assaulted and robbed in Beverly Park. Three teens were arrested and convicted for the attack that left him with brain damage and partial loss of vision.

Reports of the crime caused an outcry in the community, but in later interviews, Ryan said he didn’t want to be known as the kid who was attacked at the park.

In the past, his mother, Joanne Rusch, called Ryan her hero. She still feels that way.

“He’s been on the front line of the fight for his life since day one,” Joanne said. “To me, it’s like he’s a soldier because he’s always fighting. It’s kind of like the war was about his heart.”

Ryan was born with truncus arteriosus, a rare congenital heart defect in which the heart has only one large artery instead of two to carry blood to the lungs and throughout the body. He underwent six heart surgeries throughout his life, the first in 1996.

In 2016, he told The Beverly Review that his condition felt “mind-boggling,” that he both felt fine and didn’t feel fine. Surgeries to implant heart valves were frightening, he said, and one surgery required him to be put on life support.

Despite his physical challenges, Rusch pressed on.

A St. John Fisher Elementary School and St. Rita High School graduate, Rusch loved sports and movies, his family said. He was the proud brother of Adam and Cody, and every time Ryan came out of surgery, he would apologize to his dad, Michael.

He was eager to help others also living with heart problems. Rusch and his family became supporters of Mended Little Hearts of Chicago, a non-profit organization that supports families of babies living with heart disease and is now known as the Pediatric Congenital Heart Association.

The family frequently visited other families and doctors living with similar heart conditions at the Ronald McDonald House near the formerly named Advocate Hope Children’s Hospital in Oak Lawn, and they shared their life stories. According to his dad, Ryan “fit right in with them.”

Four of his surgeries were performed at the hospital, and Ryan’s nickname became “the Mayor of Hope,” his family said. They called the hospital “our home away from Hope,” and Ryan was became close with and grateful for all his doctors and nurses.

Although he couldn’t play contact sports such as football, Rusch found the next best thing: being a team manager for the football programs at St. John Fisher and St. Rita. He said those activities provided normalcy and joy in his life.

At St. Rita, he was a manager all four years working with the varsity team.

“He loved football,” Kuska said. “He loved it dearly. And, I know it [distressed] him that he couldn’t play, but he wanted to be a part of it.”

During less-busy moments for managers at practices, Rusch would play catch with other managers, Kuska recalled. After graduating, Rusch frequently came back to watch St. Rita home football games.

Rusch had “a great thirst for football” and was “a guy we could always count on,” Kuska said.

“He just loved being around football,” he said. “What a pleasure it was being around him as well. He wanted to be involved, and he was. It’s just sad.”

Rusch was able to play lacrosse at St. Rita, but he wore extra padding to keep his heart safe. He took a hard hit on one occasion, his dad said, but it was something his son was prepared for.

Ryan was named the Mustang of the Month in December 2010, during his senior year. For a student who had endured so much hardship, the award was extra special, his mother said, and his teachers had selected him.

“I cried for a long time,” Joanne said. “I was just so happy for him because he was happy. The little things that made him happy made me cry. He was just over the moon. He was just ecstatic, and we were just proud of him.”

Ryan went on to serve as a manager with the football program at Butler Community College in El Dorado, Kansas, and he enjoyed spending time with relatives who lived nearby.

Rusch later attended the University of Alabama, and he loved the Crimson Tide football team.

In a previous interview, Rusch recounted exciting memories and said he once shook hands with revered Coach Nick Saban at church, and he also got on TV during the ESPN show “College GameDay,” which visits campuses on Saturday mornings during football season. Rusch sported a fedora, just like former Alabama Coach Paul “Bear” Bryant,” and could be seen brightly smiling near the front of a raucous student section shown in background video during the show.

During his 20s, Rusch delved into classes at Second City, which he called “the most positive building in America.” His dad quipped that Ryan had said to him that someone complimented Ryan for being funny and having a great sense of humor, so the young man pursued that dream.

Recently, he was working for a website that covers the NFL. Rusch was prepared to take on more adventures, wherever they might be.

Cody Rusch, his younger brother, said he and Ryan enjoyed watching movies together. Ryan tried to get him more interested in sports—and would lecture him from time to time.

“As a brother, he was just all you could ask for,” Cody said. “Funny, smart, creative, pretty easygoing and outgoing; probably the toughest guy you could find.”

Even after the attack he endured in 2006, Ryan continued to work hard and was determined to attend college.

Ryan, his mom said, “had that will to fight.”

No matter what life brought, Ryan took it on with all his might.

Visitation and funeral services will be held on Thursday, Feb. 25, at St. Rita of Cascia Shrine Chapel.

His obituary is published on page 16 of this issue.