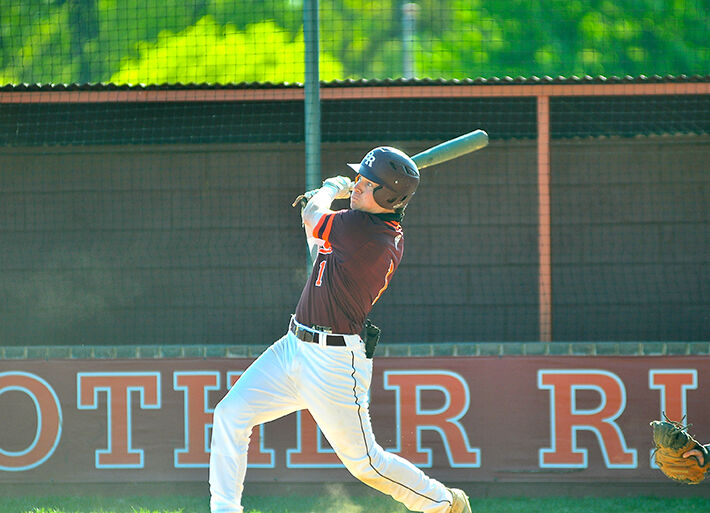 Br. Rice junior third baseman Will Flanigan connects on a RBI single to center field in the second inning. Flanigan finished 2 for 4 with 2 runs and 2 RBI for the Crusaders. (Review photo) 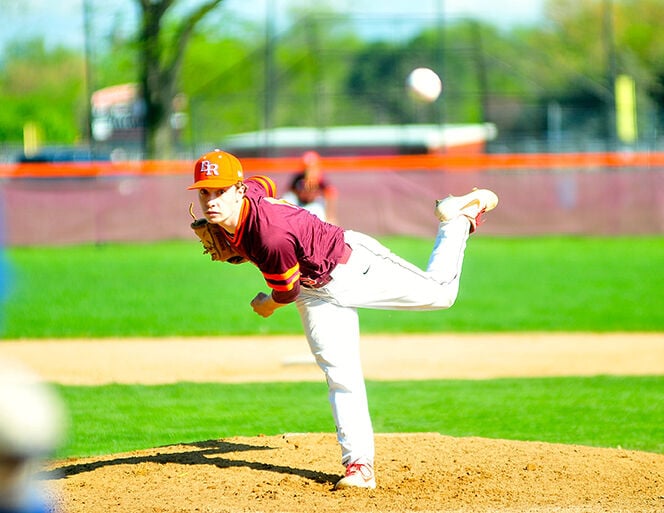 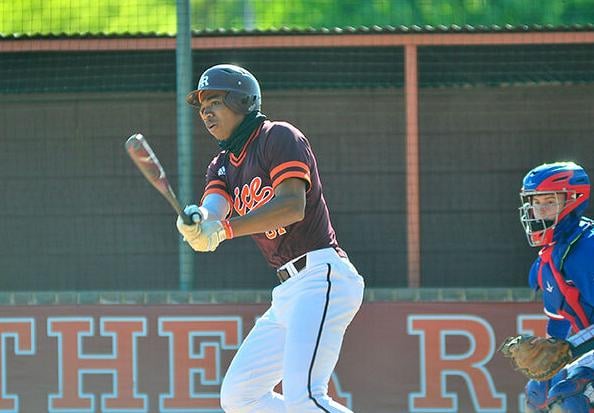 Br. Rice junior third baseman Will Flanigan connects on a RBI single to center field in the second inning. Flanigan finished 2 for 4 with 2 runs and 2 RBI for the Crusaders. (Review photo)

Over the last year, Will Flanigan has been no stranger to adjusting on the fly.

After transferring from Riverside-Brookfield High School to Br. Rice following his freshman year, Flanigan was ready for his sophomore season only to see the campaign canceled due to the pandemic.

This year, Flanigan, now a junior, was ready to get back on the field as an outfielder in the lineup for the Crusaders.

Not so fast—he’s now at third base.

“I coached Will in sophomore basketball last year. He’s got this court sense. You can see it on the baseball field, too,” said Br. Rice Coach Sean McBride. “We needed him to play third. I didn’t really give him a choice. He’s been great with it.”

A steady presence at the hot corner and as a hitter in the middle of the lineup, Flanigan has been a huge part of Br. Rice’s impressive start to the season.

Helping the host Crusaders to an 11-4 victory on May 6 over Marmion Academy, Flanigan went 2 for 4 with 2 RBI and 2 runs in the Chicago Catholic League (CCL)-Blue matchup.

Flanigan had some experience at third but not much.

“I played it when I was little, 11 and 12U. I’m getting used to it more,” Flanigan said. “Coach said it was best for me to play third for the team and that he loved me at third. I’m starting to like it more. It’s just knowing where you’re at, the cut-offs and throws.”

After he quickly settled into the new role, Flanigan made an impact for the Crusaders.

Against Marmion, he ripped a RBI single to center in the first that tallied junior Jack Lausch and opened the scoring.

Br. Rice scored 4 runs in the first, adding an Amir Gray sacrifice fly and capitalizing on 2 errors from the Cadets.

“I’ve started seeing the ball better,” Flanigan said. “He threw me a pitch that was right there, so I tried to stay calm and not do too much, just hit the ball up the middle.”

The Crusaders were off and running, adding 2 runs each in the second, third and fourth and then capping it off with a lone run in the seventh.

Br. Rice played as the visiting team in the CCL makeup game.

The win was the 10th in a row for the Crusaders since their somewhat shaky 5-4 start to the season.

Flanigan said the team never loses trust in its lineup.

“We have depth, which is great. All the way through the lineup, we can hit,” Flanigan said. “We don’t have an easy out. It’s awesome. We’re starting to see the ball better, and we’re playing as a team, bunting, getting runs in, sacrifice flies and just putting the ball in play.”

Working with the lead, senior southpaw Mike Bernas delivered a strong performance on the mound for the win.

The St. Leo University recruit threw 3 shutout innings, giving up a hit and 3 walks with 4 strikeouts.

“It’s nice to have this lineup. I think we have the best lineup in the CCL,” Bernas said. “Our leadoff hitter [Lausch] gets on base every single time, and our nine hitter [Cipriani] is on base all the time. It’s nice to know that you can give up 3 runs and the offense will come back with 4.”

Bernas said his secondary pitches were a little off, but his fastball was working against Marmion.

“It was just fastball. I attacked with that and hoped for the best,” Bernas said. “I’m feeling very good. For sure, it’s one of my best years at Br. Rice. It’s time to take over and show the legacy to the newer kids.”

Bernas and seniors Ben Guzek and Sebastian Barrera and junior Dylan Warda have been the leaders of the starting rotation for the Crusaders.

With the offense piling up runs all season, the Br. Rice pitching staff has been sneaky good.

“It’s our chemistry as a staff,” Bernas said. “We’re all good friends. All of our pitchers go out there loose and relaxed and go through their game. It’s worked out for us so far. There’s not a lot of pressure out there.”