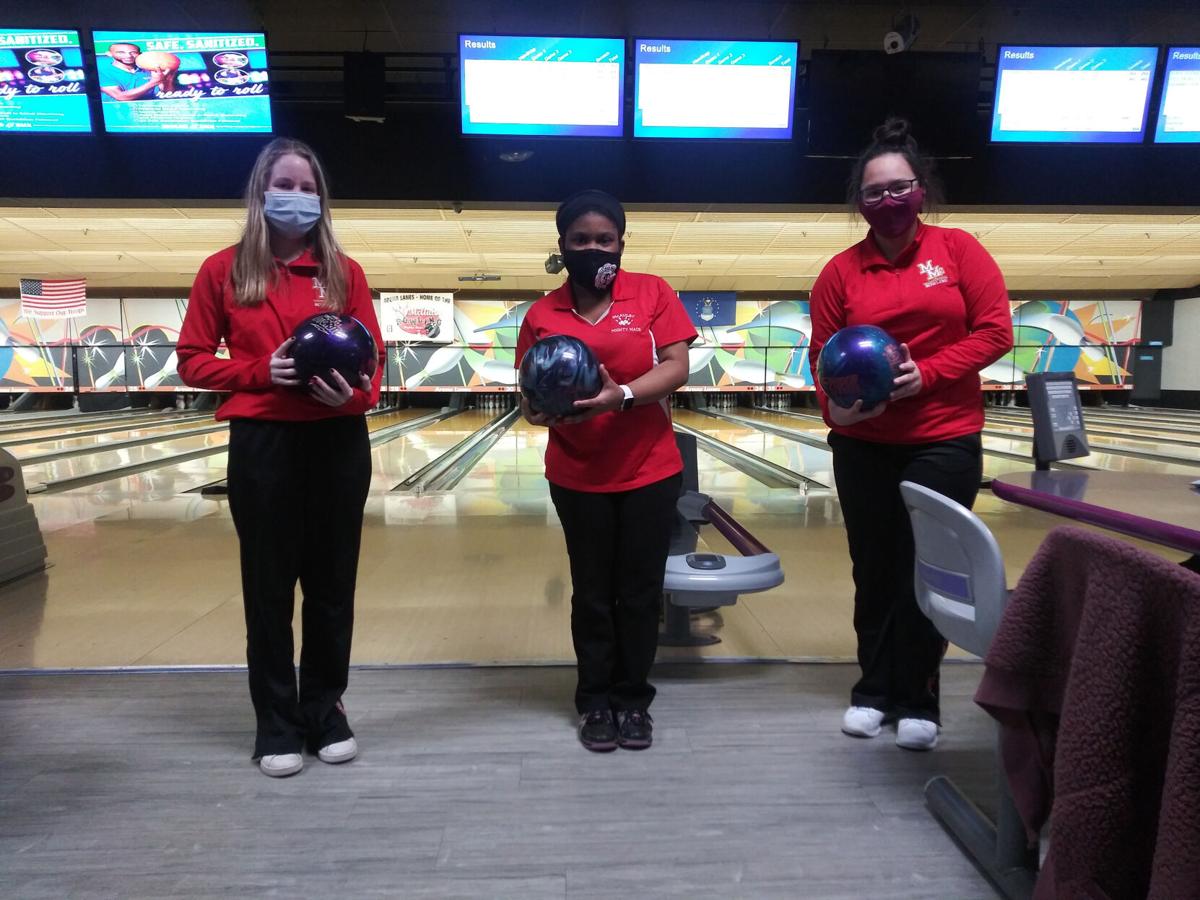 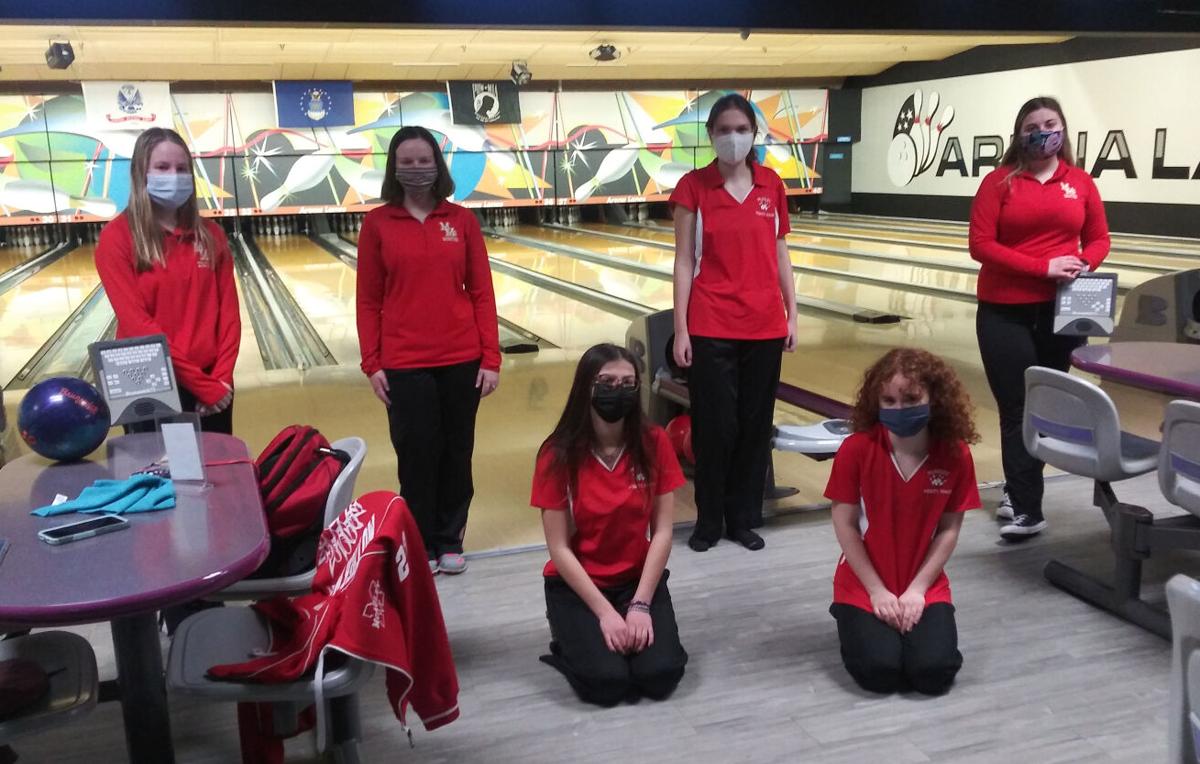 She anticipated big tournaments at packed bowling alleys, rivalry matchups and much more.

However, in an effort to keep student-athletes as safe as possible during the pandemic, officials with the Girls Catholic Athletic Conference (GCAC) opted to host only virtual dual meets this season with teams bowling at their respective home alleys.

While not ideal, Fernandez understands the decision—she’s happy to just be competing after months of wondering if a season would even happen.

“The virtual meets are really weird. It’s almost like practice except we’re in uniforms,” Fernandez said. “You don’t get that same competition feel, but it’s bowling. At least it’s a season, and I’m really happy about it.”

In a virtual meet against Loyola Academy on Feb. 18 at Arena Lanes in Oak Lawn, Mother McAuley rolled a 2,229 three-game series.

The duo of Edwards and Fernandez has been a steady presence in anchoring the Mother McAuley lineup through the early weeks of the season.

Edwards, a Washington Heights resident, has been on the varsity since her freshman season. Fernandez is in her second varsity season.

“Me and Elena are like this, so close, back and forth. We try and help the seniors [and the team] do well,” Edwards said. “It’s not a lot of pressure to step up, but it is my junior year. I want to keep bowling in college and after.”

As for the new virtual season, the Mighty Macs are trying to make the best of the circumstances.

The team members did a pre-meet cheer and then cheered each other on throughout the meet, even if their opponent wasn’t in the next lane over.

“We do the cheers at the beginning of each match and try to make it feel as normal as we can,” Fernandez said. “We bowl our best as if we were in a normal match.”

“It was a good decision. We’re able to stay safe and keep our distance,” Pearson said. “We’re still able to bowl. We’re not traveling to other lanes, and we know Arena. They are really good about COVID protocols. I’m not sure if other alleys around the state are. We’re comfortable here. It was the right decision.”

Although the teams are still socially distanced as best as possible over multiple lanes, the teams now get a chance to bowl with both the varsity and junior varsity levels competing on nearby lanes at the same time.

In previous seasons, the levels would have been at opposite ends of the alley.

“I was a little disappointed with the virtual meets, but I was mostly excited to get a chance to still bowl with my teammates,” Connelly said. “We’re making the most out of the season. We all want to work together well and support each other every day. We want the best in one another.”

Connelly (Morgan Park, St. Cajetan) is one of seven seniors on the varsity squad for the Macs.

No GCAC tournament is currently scheduled. There will not be a postseason state series for either the boys or girls season.

Still, the Mighty Macs will bowl on.

“You’ve got to adjust, move on and keep doing what you’re doing,” Fernandez said. “You try what you think is best when you’re bowling and adjust as much as you can.”