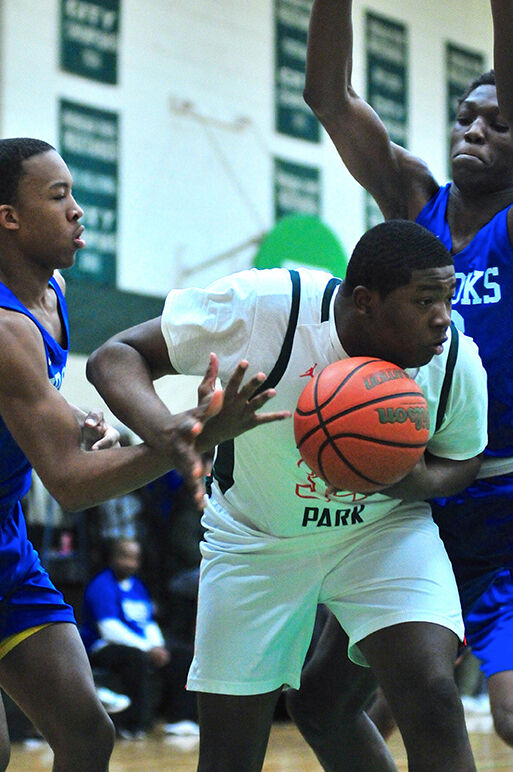 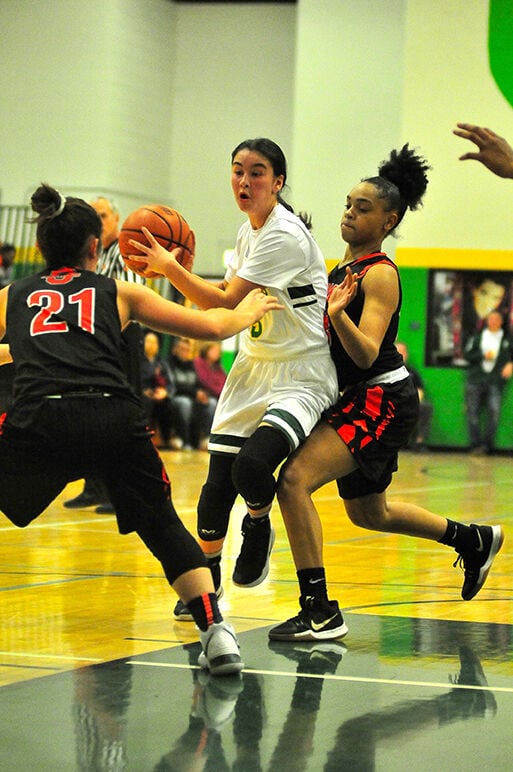 Chicago High School for Agricultural Sciences guard Izzy Horkavy works through traffic in a game during her sophomore season. Horkavy is now a junior for the Cyclones. The winter sports season has been extended a week for Chicago Public League teams and will run through March 20. (Review file photo)

Chicago High School for Agricultural Sciences guard Izzy Horkavy works through traffic in a game during her sophomore season. Horkavy is now a junior for the Cyclones. The winter sports season has been extended a week for Chicago Public League teams and will run through March 20. (Review file photo)

After months in limbo, sports are back in the Chicago Public League.

The announcement set off a whirlwind of activity for athletic directors around the city, but according to Morgan Park High School (MPHS) Athletic Director Ebony Jones, the news brought welcomed change.

However, Jones said, much work needs to be done.

“Initially, you think, ‘OK, this is good news for us.’ It is. It’s the news we’ve been waiting to hear,” Jones said. “We hadn’t heard anything, and with the potential labor strike and schools reopening, we’d be in this holding pattern. We’re going to move forward as safely as possible.”

The Illinois High School Association (IHSA) announced its plan for the remainder of the 2020-21 academic/athletic year on Jan. 27.

As part of the plan, winter sports, including boys and girls basketball, boys swimming and diving, dance, cheerleading, boys and girls bowling and girls gymnastics, could begin as soon as respective regions reached Phase 4 under state health guidelines and restrictions.

High schools around the state began practicing and then competing during the last several weeks. With CPS teams playing catch-up time-wise, the IHSA said the winter season will be extended a week, ending on March 20, instead of March 13 as originally scheduled for CPS schools.

In his first year as the head boys basketball coach at MPHS, Chris Gardner was relieved to hear the news, even though many issues need to be figured out.

Gardner said the Mustangs began tryouts on Feb. 12 and have begun accumulating the seven preseason practices that need to be completed before competition can begin.

“It’s one of those nothing-is-perfect scenarios,” Gardner said. “You’ve got to adjust even if it’s not ideal. It’s a good thing, though, because you can finally see what’s in the building in terms of players and what’s not. It’s a lot of mixed emotions, but I missed the guys and missed coaching.”

CPS officials announced in the fall that no team or individual workouts were allowed for any teams.

With the winter season coming together quickly, an initial schedule for basketball had games beginning late in the week of Feb. 15, but that schedule was pushed back so teams could complete the required practices.

Games are expected to begin the week of Feb. 22.

“It’s a lot to absorb and unpack and execute the next 30 days,” Gardner said. “There won’t be fans allowed, but for the kids to have some fun and compete, that’s the goal. We want this to be as safe as possible.”

Athletic events will be limited to 50 people, including athletes, coaches and game-day staff including the scorer’s table, officials, security and school administration.

“We’re very excited here at Ag to get back out there,” Curran said. “I’m really proud of our coaching staffs. They all rallied together to get things done, make sure everyone is registered and eligible and get rolling. It was a huge team effort.”

CHSAS has only one gym, which will require some juggling to accommodate the schedule, but, Curran said, her coaches have been remarkably helpful in making it work.

“We went through this in the fall with those sports, and we were using all the COVID guidelines to make sure everything was safe,” Curran said. “I think that helped. The kids know the expectations, and they’ve gone through protocols. It’s been a crazy couple of days, but we’re all trying to do what’s best for the kids.”

A CPS e-mail sent to schools said there will be no limit on games played. League games will be played Monday through Friday. Other games may be scheduled with opponents within 30 miles.

“We want to get through this safely and let kids compete,” Gardner said. “We’ll deal with the win-loss record later.”

As for the spring and summer seasons, Jones said the plan is that those respective seasons for CPS schools will begin the same time as other schools around the state.

“COVID isn’t over. It’s still a serious thing,” Jones said. “We’ll do this as safely as possible and take all precautions.”