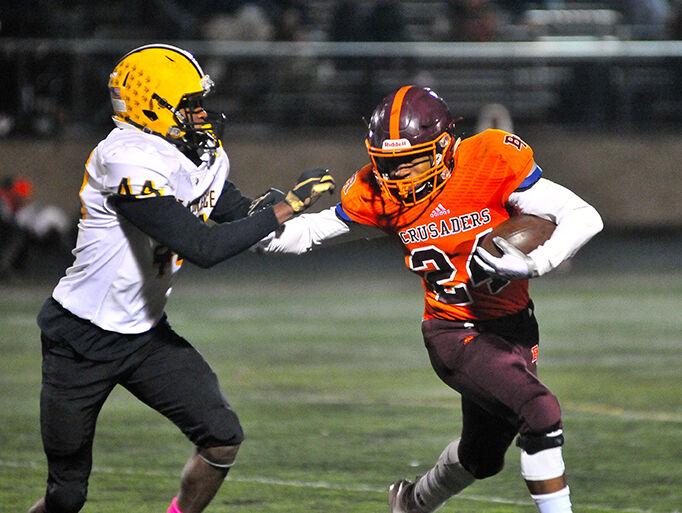 Br. Rice running back Josh Bell fights through a defender on a run from his junior year against St. Laurence. Bell is a key bowler and football player for the Crusaders. (Review file photo) 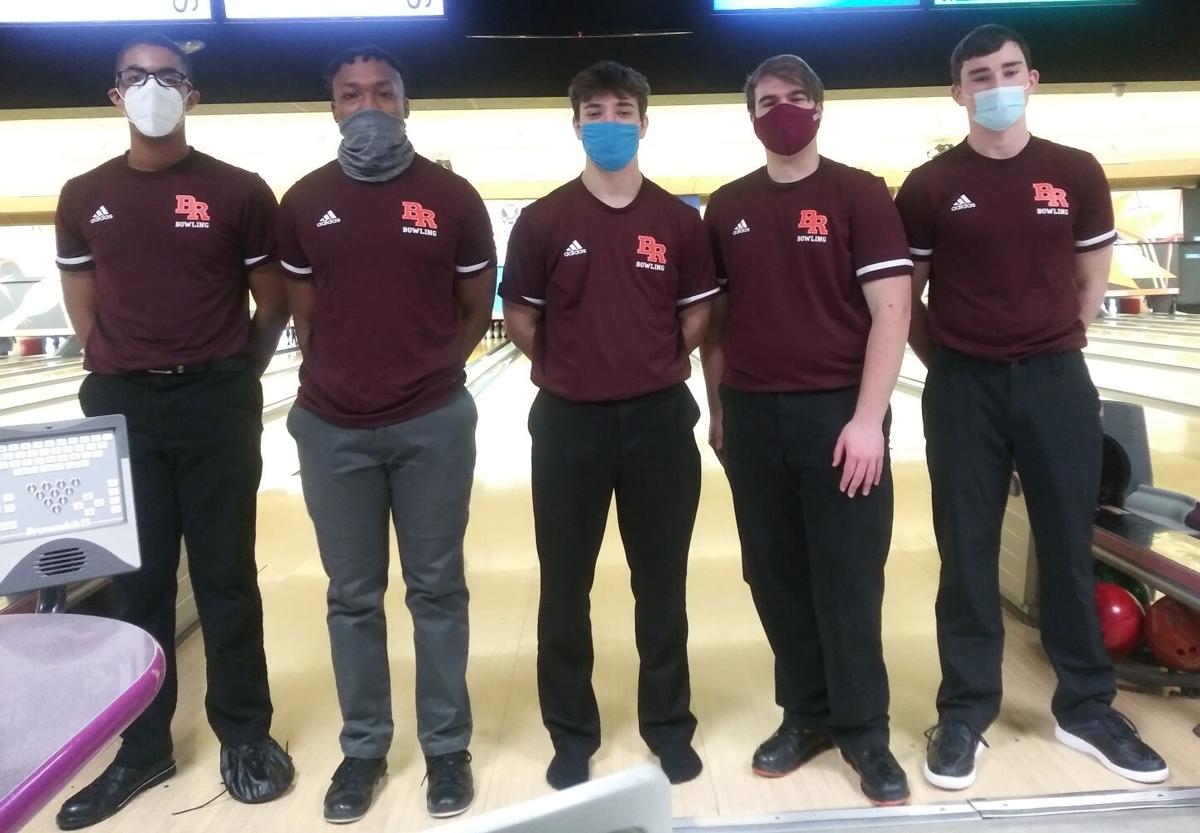 Br. Rice running back Josh Bell fights through a defender on a run from his junior year against St. Laurence. Bell is a key bowler and football player for the Crusaders. (Review file photo)

Br. Rice senior Josh Bell will be a busy student-athlete during the next of couple months.

A key performer for the bowling team, Bell is looking to make the best of the shortened winter season that runs through March 13. He also plays running back on the Crusaders’ football team with that season’s adjusted schedule beginning with practices on March 3 and competitions on March 19.

Although Bell will have to figure out a busy schedule in juggling two sports, he’s just glad to be in a position to do both.

“We weren’t sure we’d have sports. Everyone was down,” Bell said. “Now, we’re all coming together again and happy to be playing. We’re wearing masks and staying safe. As long as people do that, we’ll be OK.”

Bell led the Crusaders with a 637 three-game series, rolling a 246 high game.

Helping lead a late charge that ultimately came up a little short, Bell caught fire in the third game with his 246 effort.

Despite not being able to bowl for several months because bowling alleys were closed around the state, Bell said, he’s quickly found his rhythm.

“The third game was really about concentrating for me and not playing around. I was really focused,” he said. “When I saw my teammates in practice, it was easy to find that rhythm. Once you see some scores, you get going with high scores and bragging rights. Tony pushes me.”

Lundy, a Mt. Greenwood Elementary School graduate, has been a star bowler for the Crusaders throughout his high school career. He qualified for state as a sophomore.

While Lundy considers his score against Notre Dame as a little low, he’s savoring the opportunity to compete with his teammates.

The boys and girls bowling season will not have a state postseason series. Instead, a Chicago Catholic League meet will conclude the season in March. Now, Lundy and his teammates have their sights set on that league title.

“Our goal is to get there and take first or second,” Lundy said. “I like the team. We had that first week of practices with three practices, so we came back that next week and were right where we needed to be.”

Br. Rice also defeated Mt. Carmel in a virtual dual earlier in the week. Br. Rice Coach Dan Dwyer likes how his team has responded to a variety of adverse situations.

“I think the kids handled it as well as everybody,” Dwyer said. “Our guys have been doing a really nice job in practice. We had a pretty good day with 2,900. A couple throws here and there, that’s the difference. The kids are more resilient than anything. [Wearing a face mask] doesn’t affect them at all.”