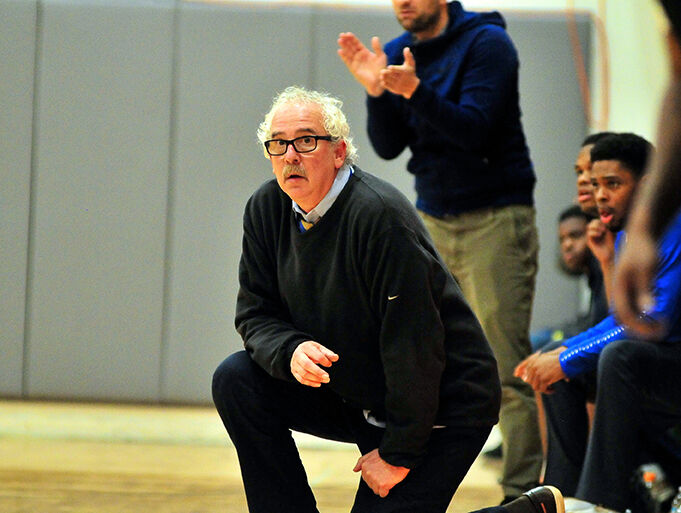 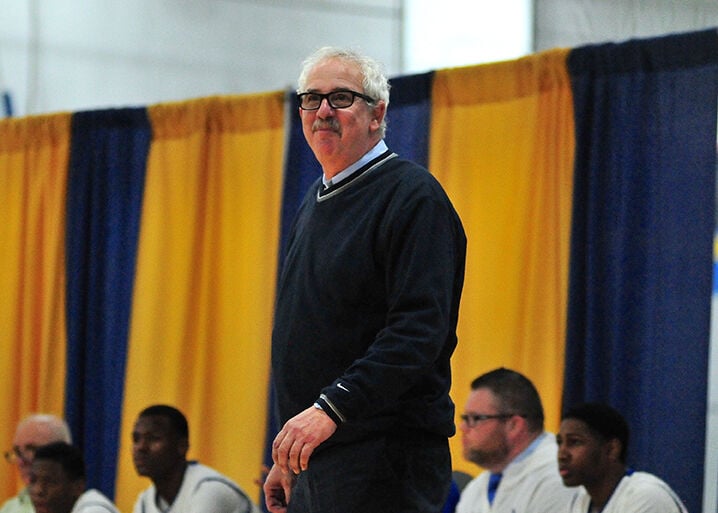 Growing up on the South Side, Tom White always thought he’d follow in his dad’s footsteps and join the Chicago Police Department.

Looking back on those days, White remembered a conversation he had with him.

“My dad said that I was a ‘group guy.’ I should do something and work with people where I could lead,” White said. “I think I was about 16 years old when he said it. I’d always thought about being a police officer, but then I started to think of that, being a teacher and a coach.”

White had found a career, and now he’s a hall of famer.

The longtime boys basketball coach and athletic director at De La Salle Institute (DLS), White was selected on Dec. 7 as an inductee into the Illinois Basketball Coaches Association (IBCA) Class of 2021 Hall of Fame.

To be eligible for the IBCA Hall of Fame, high school coaches must meet four criteria: coached for 20 years, won 400 games, achieved success in tournaments and tournament championships and coached the majority of their career in Illinois.

“I talked to [IBCA President Jim Tracy] last year after I won the 400th game, so I thought there would be a good chance I’d be nominated this year,” White said. “I got the call and e-mail that I’d made it this year. It’s something I’m really proud of.”

White is a St. Rita High School graduate (1978), and he earned All-Chicago Catholic League honors in his senior year. He went on to play collegiately at Lewis University and then quickly got into coaching.

He was an assistant for 10 years at Weber High School, now closed, as a member of Coach John Bonk’s staff before making the move to DLS where he started in the 1995-96 academic year.

In 24 seasons at DLS, White has compiled an impressive 412-228 record, including nine regional titles, eight 20-win campaigns and five Chicago Catholic League (CCL) regular-season titles, and during the 2006-07 season, he was named the winner of the CCL Lawless Award, which is presented to the league’s top coach.

White was inducted into the CCL Hall of Fame in 2010.

“I’m just a CCL guy. I’ve played and coached in the league,” he said. “I’ve been around De La Salle and the Bridgeport area, that bubble, my whole life.”

It’s been a heck of a ride, but in looking back on his journey to the hall of fame, White said there’s no way to single out a most-memorable moment because he’s enjoyed so many of them over the years.

However, among White’s highlights are the Meteors beating future Duke Blue Devil and NBA veteran Corey Maggette and Fenwick in a key CCL game with the league title on the line and beating Simeon at UIC in a game broadcast on cable TV in Chicago. In addition, there are the countless trips to tournaments and summer camps, the bus rides and the hundreds of players, coaches and staff.

“It really is a privilege to be able to play basketball,” White said. “The spirit of sports, it’s gotten complicated a little bit [in recent years], but it’s all about character and competition.”

The 2020-21 season is currently on hold, and Illinois High School Association officials are expected to make a decision before the end of the year.

While the basketball community waits, White has enjoyed getting to spend more time with his family, including his son, Zach, who recently returned home from a year-long deployment with the U.S. Army that included service in the Middle East.

Although the pandemic has changed his usual schedule, Coach White is anxiously waiting to get back to work with his players on the basketball court.

“I like ordering pizza, and that’s a problem because I eat it, too,” he said with a laugh. “We’re ready to go. I want to write up a practice schedule. We’ve got the equipment ready. However long the season is, we’ll make the best of it. If it’s four weeks, we’ll play Monday-Wednesday-Friday. We’re ready to go.”