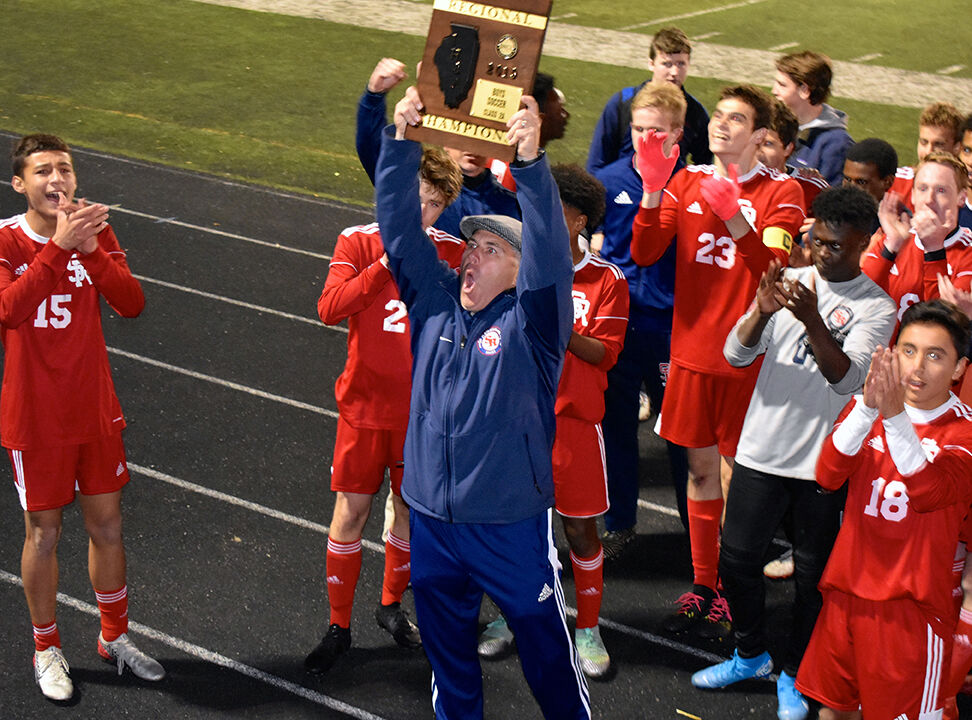 St. Rita Coach Bob Kellam hoists up the regional soccer plaque during the 2019 season. Kellam stepped down from the position this fall after 11 seasons coaching the Mustangs. (Review file photo) 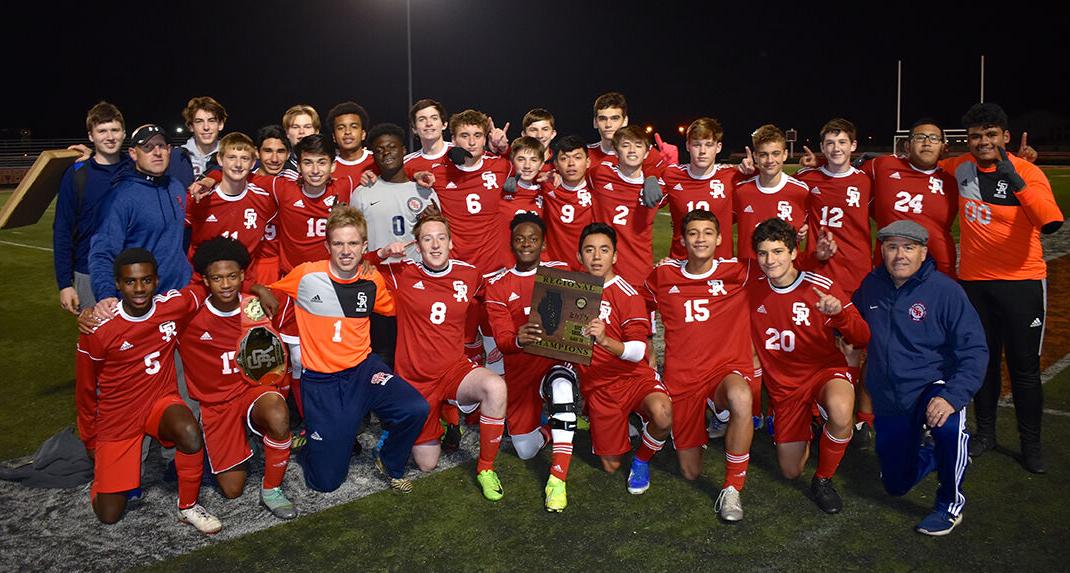 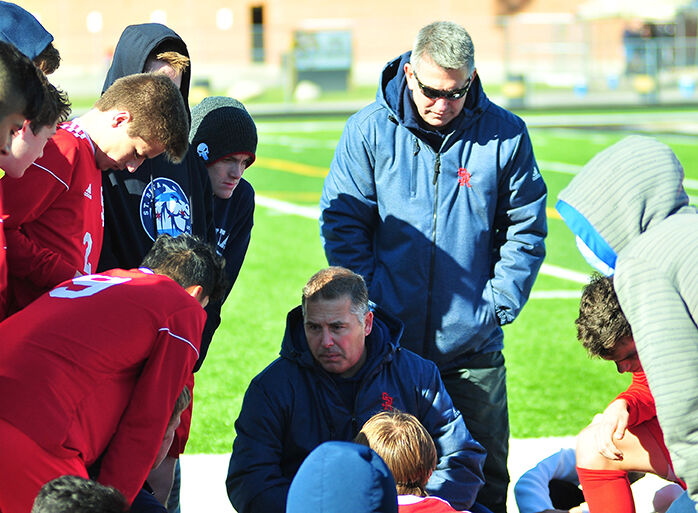 Bob Kellam (kneeling) and Tim McCarthy were co-coaches for the St. Rita soccer program for 10 seasons. Kellam and McCarthy are St. Rita alumni. McCarthy stepped down after the 2018 season. Kellam stepped down this fall. (Review file photo)

St. Rita Coach Bob Kellam hoists up the regional soccer plaque during the 2019 season. Kellam stepped down from the position this fall after 11 seasons coaching the Mustangs. (Review file photo)

Bob Kellam (kneeling) and Tim McCarthy were co-coaches for the St. Rita soccer program for 10 seasons. Kellam and McCarthy are St. Rita alumni. McCarthy stepped down after the 2018 season. Kellam stepped down this fall. (Review file photo)

Bob Kellam had his soccer plans all laid out.

The longtime St. Rita soccer coach figured the fall 2020 season would be his last with the Mustangs. Then, he would step down and pass the torch to a new leader.

But, with the current health crisis postponing the 2020 season until spring 2021 and his wife, Meghan, expecting their third child, Kellam, a 22-year veteran of the Chicago Police Department, decided that now is the time to step down.

“It’s bittersweet, honestly,” Kellam said. “I really looked at it all, but it’s tough because of the job I have. With the pandemic and another kid on the way, it’s the right time to go. It’s nice to go out on top, though.”

St. Rita (17-5-1) won a Class 2A regional championship a year ago in Kellam’s final year coaching at his alma mater.

St. Rita won the Class 2A regional title in 2019 at rival Br. Rice in a thriller, eventually losing a heartbreaker in the sectional semifinal.

“That was the one game that really stands out for me,” Kellam said. “We had lost in four or five regional title games before that, so it was a huge mental block, a huge hurdle to get through. That will always be a great memory. That will be my last win at St. Rita; I like that. I just wish we could have gone a little further.”

Kellam finished with 117 wins during his 11-year career.

He and fellow St. Rita alumnus Tim McCarthy took over the program in 2010 and were co-coaches for 10 years on the sidelines.

McCarthy, a Chicago Fire Department veteran, stepped down after the 2018 season.

Kellam and McCarthy took over a program wallowing in a depressing slump, but they slowly turned the Mustangs into a solid winner in the Chicago Catholic League (CCL).

St. Rita shared the CCL-Green championship in 2018 with DePaul Prep. It was the Mustangs’ first CCL title since 2007.

“The program as a whole, we were the doormat of the Catholic League when we came in,” Kellam said. “We’re not anymore. We were a force to be reckoned with. We helped build this into something. We got over those hurdles, winning the CCL and regional titles, and that’s ultimately what people judge you on.”

Kellam was named the CCL-Green winner of the 2019 Lawless Award, given to the division’s top coach, and he shared the honor in 2018 with McCarthy.

In college, Kellam played at Moraine Valley Community College and then transferred to the University of Illinois-Springfield where he helped lead the team to the National Association of Intercollegiate Athletics semifinals as a junior and quarterfinals as a senior.

Looking back on his 11 years of coaching the Mustangs, Kellam, a Beverly native, said he is incredibly proud of the program’s accomplishments.

“Other than winning a state title, we accomplished everything we wanted to,” Kellam said. “We had good and bad years like everybody, but we accomplished a lot. We had some great kids along the way. Those last two years especially, it was good times with some great groups of kids.”