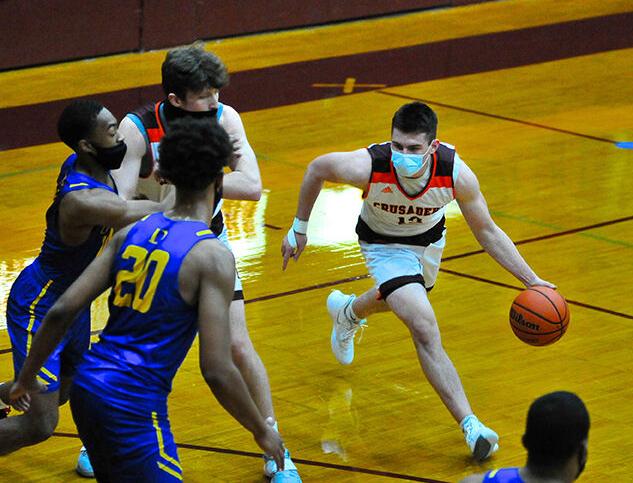 Br. Rice senior guard Cullen Cosme works around a pick at the top of the key. Cosme finished with 13 points, 7 assists and 5 rebounds for the Crusaders against De La Salle. (Review photo) 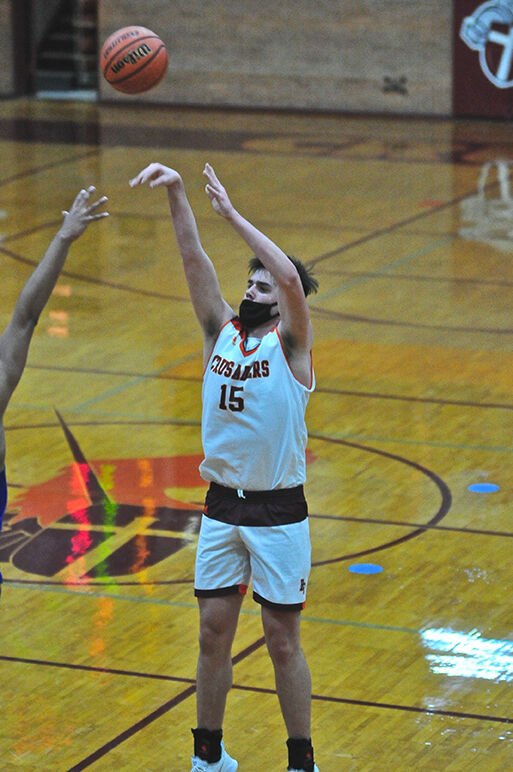 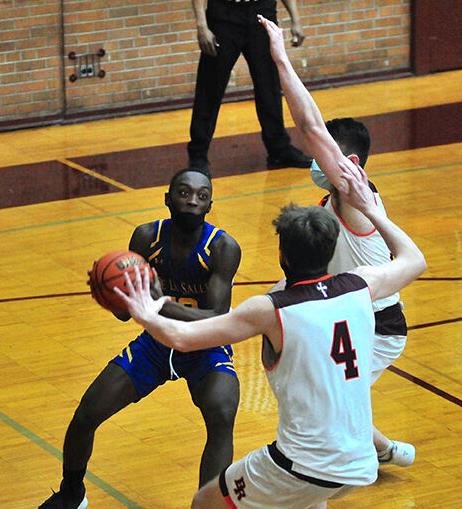 Br. Rice senior guard Cullen Cosme works around a pick at the top of the key. Cosme finished with 13 points, 7 assists and 5 rebounds for the Crusaders against De La Salle. (Review photo)

Battling through a knee injury sustained midseason during his junior year with the Br. Rice basketball team, Cullen Cosme wasn’t quite himself.

Although he still played a supporting role off the bench for the Crusaders and even hit a buzzer-beater for a win over Richards, Cosme felt his game wasn’t up to standards.

“I was terrible last year,” Cosme said. “I’d been playing well and then hurt my knee. I came back and didn’t feel the same. I was a step slower on defense and felt off-balance on offense. I wasn’t shooting well. Nothing was coming together.”

Now in his senior year, Cosme is back to his old self.

Leading Br. Rice to a 71-57 victory on Feb. 19 over De La Salle, Cosme finished with 13 points, 7 assists and 5 rebounds in the Chicago Catholic League crossover.

Cosme (Beverly, Christ the King) said he used the last year of quarantines and lockdowns to improve physically and as a player.

But, with the pandemic, he wasn’t sure he’d get the chance to show off the results of his hard work.

“I was lifting, working on my shot, and I got in better shape,” Cosme said. “I was hoping I’d get a season, but it sounded like I wouldn’t. When the news came out, I was so excited. I’m enjoying every second of the season.”

Cosme, a 6’0” guard, was everywhere for the Crusaders against De La Salle, slicing through the defense and kicking out to shooters on the perimeter. Br. Rice knocked down long-range shots left and right, finishing with 14 3-pointers.

This year’s senior class played a supporting role last season on a roster dominated by the Class of 2020. Now given a chance to shine in more prominent roles, Moustakas and his fellow seniors intend to make the most of their final campaign.

“It’s definitely exciting that I, Cullen and a lot of the guys have bigger roles,” said Moustakas, a 6’7” forward and Northwest Missouri State recruit. “We’re hyped for each other, and there’s no selfish play. It’s obviously more fun when we’re making shots.”

The Crusaders raced out to a 20-10 lead through the first quarter and eventually went up by 20 points late in the third.

When De La Salle pushed back, cutting the lead to 7 points with 5:32 left in the fourth, the Br. Rice Class of 2021 answered.

Greene scored on a hard drive to the basket, and Cosme followed up with an athletic up-and-under layup off a fast break. Cosme drilled a 3-pointer at the top of the key off a Moustakas pass, and Br. Rice regained the momentum with a 62-48 lead.

“We missed some free throws down the stretch against St. Ignatius, and they forced overtime,” Cosme said. “We relaxed, came back together and won in OT. It was the same thing tonight. We needed to calm down, figure it out and someone hits a big shot or makes a big stop to seal the game.”

“Cullen’s a very confident kid. He’s played a ton of basketball,” Frasor said. “He doesn’t get rattled by any situation. He’s worked his tail off, and he makes so many winning plays, whether it’s a steal, a jump ball or diving on the floor for a steal. He’s a fun player to watch and coach.”

With three weeks remaining in the regular season, the Crusaders are focused on bringing home the CCL-Blue title.

“I’m so happy we’re playing. Catholic League championship, that’s the goal,” Moustakas said. “We’re hyped for each other, and there’s no selfish play.”