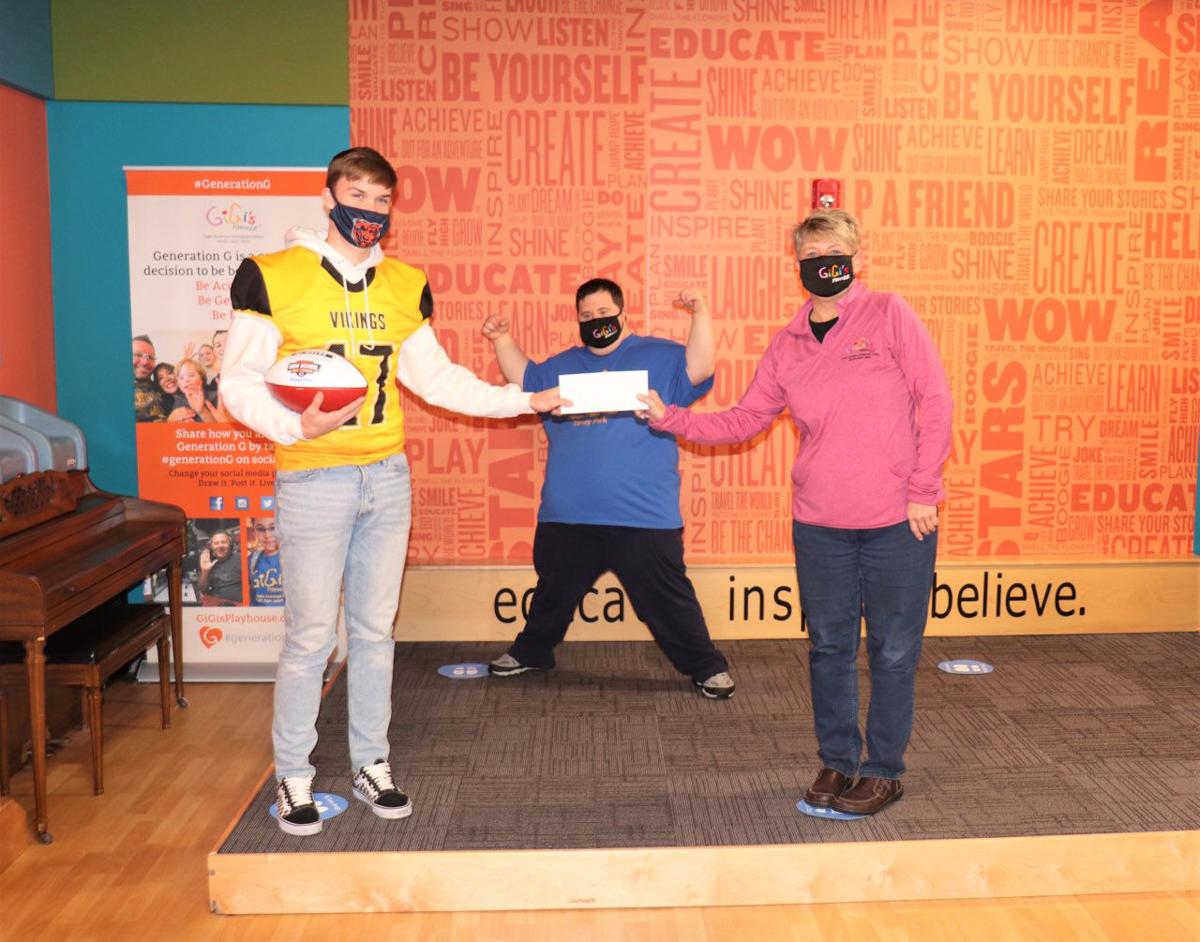 St. Laurence senior A.J. Wrenn presents a $500 check to GiGi’s Playhouse in Tinley Park after being named the winner of the Chicago Bears Community High School All-Star Award. The honor recognizes high school football players who are making a positive impact in their community and school. (photo courtesy of A.J. Wrenn) 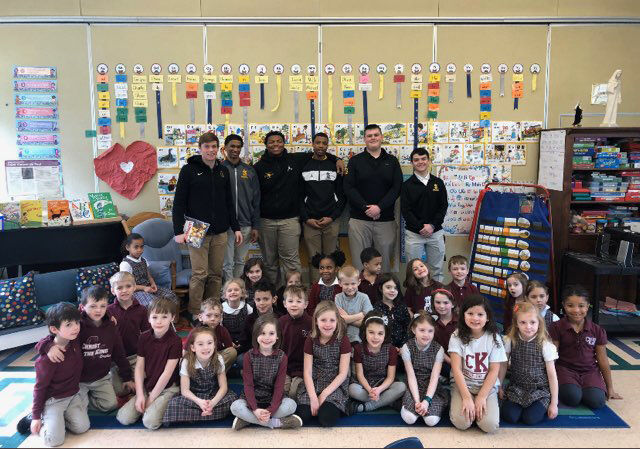 St. Laurence senior A.J. Wrenn presents a $500 check to GiGi’s Playhouse in Tinley Park after being named the winner of the Chicago Bears Community High School All-Star Award. The honor recognizes high school football players who are making a positive impact in their community and school. (photo courtesy of A.J. Wrenn)

Now in his senior year at St. Laurence, Wrenn has done his best to encourage other kids to read, including an organization called “Books With a Buddy” that’s he helped run since eighth grade.

Recently honored for his charity work, Wrenn has been named the second Community High School All-Star Award winner by the Chicago Bears. The award recognizes high school football players making a positive impact in their community and school throughout the season.

For “Books With a Buddy,” Wrenn reads to elementary school classes, including bringing some of his teammates with him. Each student in the class receives a stuffed animal or “buddy.”

“It was something me and my mom started in eighth grade as a way to give back,” Wrenn said. “I always read as a kid. Everybody had a Beanie Baby then, and I had a Build A Bear. It’s cool to do something like this and help spark kids to read more.”

Wrenn, an Oak Forest resident and St. Damian Elementary School graduate, is a wide receiver/safety on the football team and also runs hurdles on the track-and-field team for the Vikings.

Starting the organization in eighth grade, Wrenn and his mom, Debra, would buy stuffed animals and clothes at stores, including Goodwill and everywhere in between.

Then, once a year, he’d visit classes of kindergarten, first- and second-graders and read to the students. The tradition continued in eighth grade and his freshman and sophomore years at St. Laurence.

For his junior year, he was able to increase the visits. Last year, he was joined by a handful of football teammates as well, including Aaron Wofford, Darius Wilson, Demarius Stewart, Jimmy Moore and Casey Forbes, during a visit to Christ the King Elementary School.

“My junior year I started to take it more seriously, and schools were more interested,” Wrenn said. “The kids have no idea who I am or what I’m doing, but when they hear someone else is going to read to them they’re excited. It’s good to see their faces light up.”

Wrenn also helped organize teammates to volunteer at a 5K race for members of GiGi’s Playhouse in Tinley Park, helping distribute water and supplies during the race.

For his award from the Bears, Wrenn is directing the $500 donation awarded to the winners to GiGi’s Playhouse, a Down syndrome achievement center. Due to the pandemic, Wrenn has been unable to visit any schools, but he plans on restarting the tradition as soon as he can.

He also hopes to continue the Buddy’s tradition in college.

“You don’t expect an award like this. I wasn’t doing it for the award. I just wanted to give back,” Wrenn said. “I was blown away [winning the award]. I was speechless. I’m not finished yet. We just couldn’t go forward this year, but once I get to college, I’m hoping to do it there too at local schools.”

Wrenn hasn’t committed yet to college, but he’s hoping to play football, track and field or both at the collegiate level.

In the meantime, he’s hoping his football season, scheduled to start in mid-February, gets the go-ahead as the winter develops.

“With everything going on, I’m tired of staying in the house and working out on my own,” Wrenn said. “I want to play under those Friday night lights. We have something special going on in Burbank with a lot of guys coming back. We definitely want to play. We can’t wait to play.”