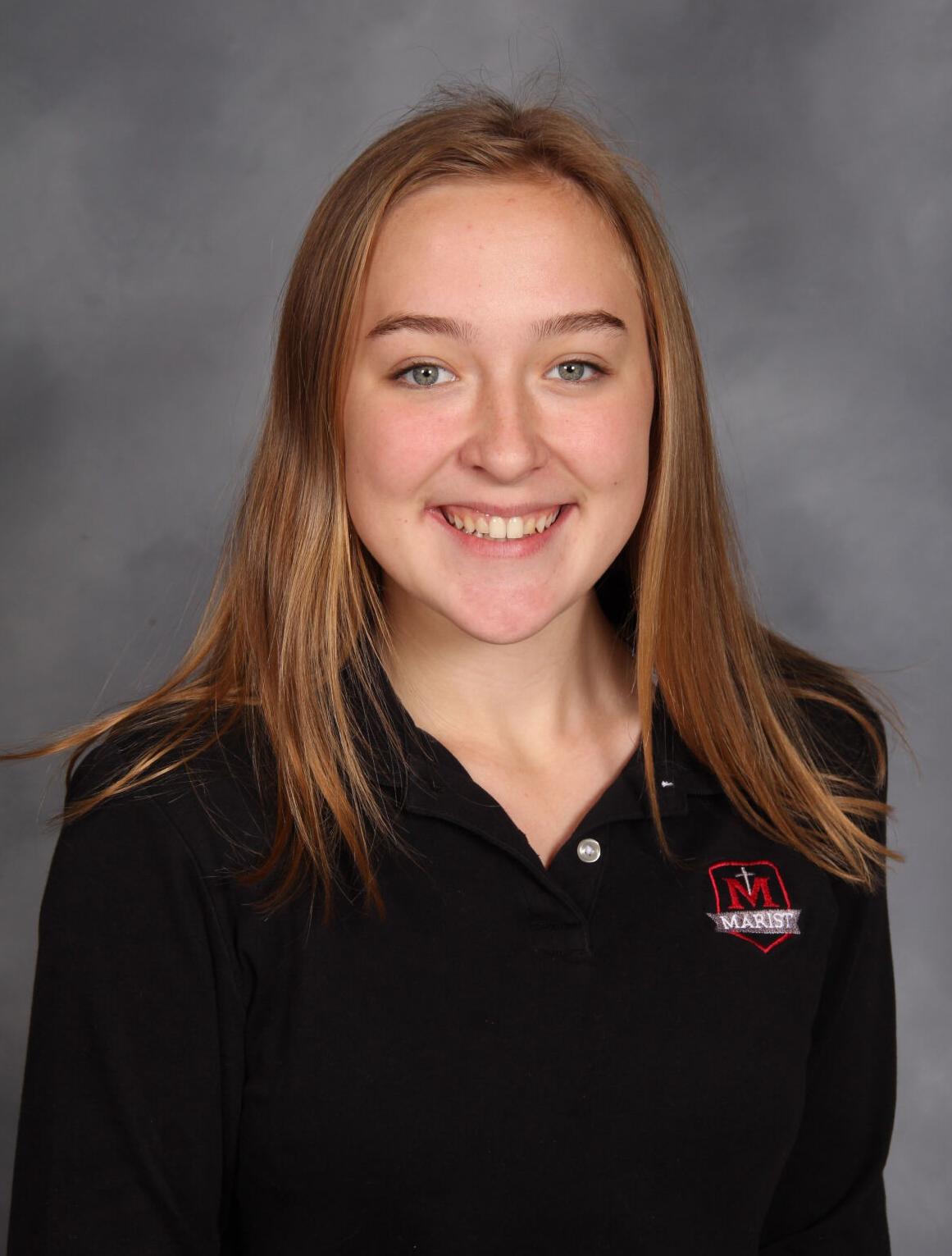 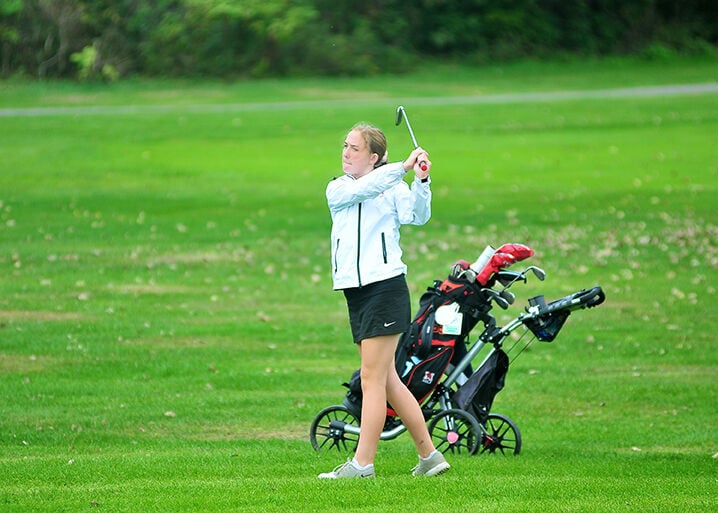 Marist junior Devin Guest will be a key golfer for the RedHawks this season, her second year on the varsity. Guest is a Mt. Greenwood resident and Queen of Martyrs Elementary School graduate. (Review file photo)

Marist junior Devin Guest will be a key golfer for the RedHawks this season, her second year on the varsity. Guest is a Mt. Greenwood resident and Queen of Martyrs Elementary School graduate. (Review file photo)

Guest is a junior golfer and basketball player for the RedHawks. A Mt. Greenwood resident and Queen of Martyrs Elementary School graduate, she helped lead the golf team to the sectional round last year. In her second year on the varsity, Guest will be a key golfer for the RedHawks. Her older sister, Hunter, was a star golfer for Marist and is now a freshman at Illinois Wesleyan.

How excited are you to have a golf season this fall?

“From the beginning of the summer when the IJGA said we could play, I had a feeling the IHSA would let us play for high school. I was nervous that if one sport couldn’t play, no sports would play. It was a huge relief to be able to play my sport and not be inside all fall. I’m out in the sun.”

It sounds like the golf love runs strong in the Guest house?

“For sure. Hunter is still playing golf in college. It’s me, Hunter and my dad [Patrick] at the range and on the course. It was nice to be able to play with her before she went to school. It’s a bonding thing for the family.”

Do you have a favorite golf course?

“Probably Mistwood Golf Club, that’s where I take my lessons at. It’s a links course out in Romeoville. It’s a good course to play at.”

Ever nail a hole-in-one or a crazy shot?

“No hole-in-one, but over this summer, it was a bad hole for me on a par-3. I wasn’t doing good. I was in the sand shooting for a 6 on a par-3. I chipped it in from the sand. It literally saved my entire round. I would have got an 8 or a 9 without it. The whole round would have been gone. It was still a bad hole, but it was a save. It was a steep sand trap. One foot on the sand, one on the grass, it was a nice little trick shot to save triple bogey.”

What did you do to stay busy in the quarantine and this summer?

“I had a job where I was an essential worker at a bakery since the whole thing started. That’s good for the weekends until the afternoon. I watched YouTube and Netflix. I’ll make YouTube videos, random things to pass the time.”

“There was a lot. I watched ‘New Girl,’ that was a funny show. I watched ‘Money Heist,’ too, more of a dramatic show. That was really good. I watched it right when the quarantine started. It was a good binge watch.”

Pick your go-to pizza place in the area.

“Oh, for sure Lou Malnati’s for the deep dish. If I’ve got to pick a thin crust pizza, I’ll pick Barraco’s. You’ve got to get it cut in the pie slices, the triangles. That’s nostalgic because that’s what we had for hot lunch at Queen of Martyrs. Just cheese, I’m a Plain Jane. I’ll put sausage on a pizza, but if it’s my choice, just cheese, nothing crazy.”

Who’s more competitive, you or your sister?

“Probably me, but we’re more competitive toward each other than we are other people. In general, I’ll say I am.”

“Christmas or Halloween, I’d pick a Kit Kat as the best candy.”

“Ava Burns. She’s hilarious. Lauren Insley, too. Everybody is hilarious. This team is just so funny. [Coach Ryan Doidge] is probably No. 3.”

“If I had a walk-up song in golf, I’d pick ‘Iron Man,’ by Black Sabbath. Me and my dad also love this song by this guy called Froggy Fresh. It’s called ‘Best Friends.’ Go listen to it. It’s so funny.”