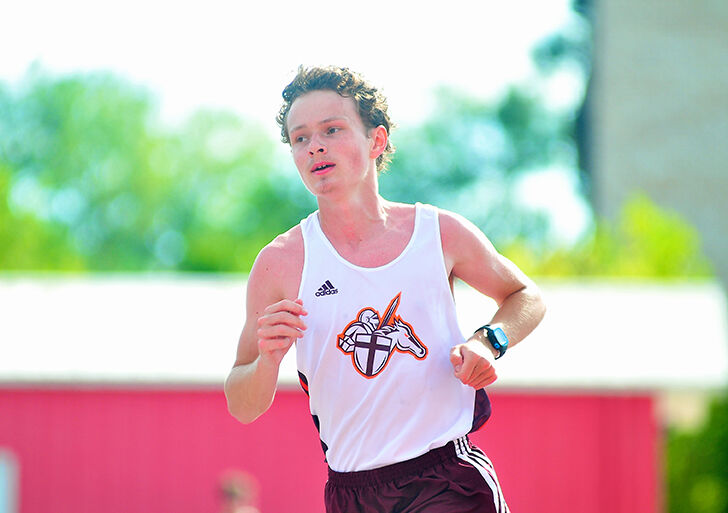 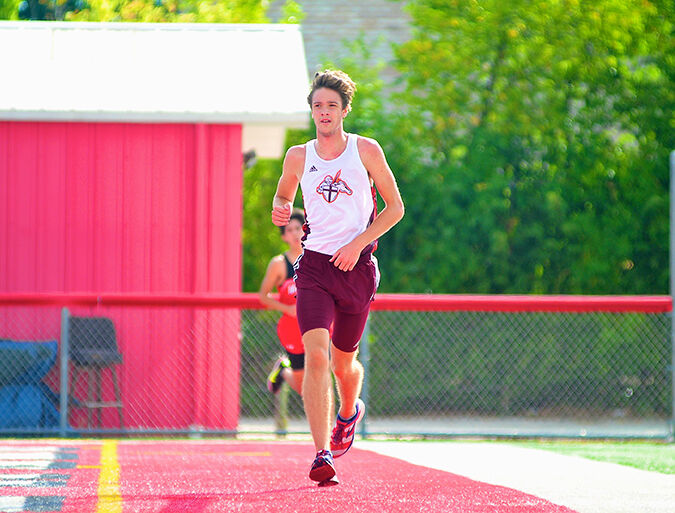 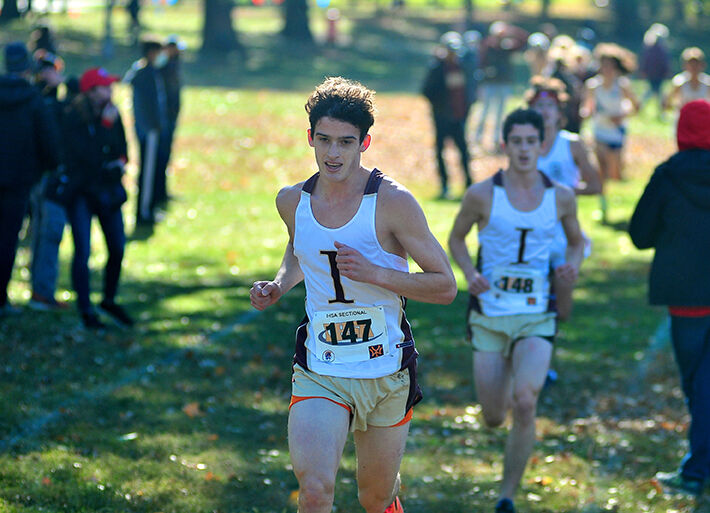 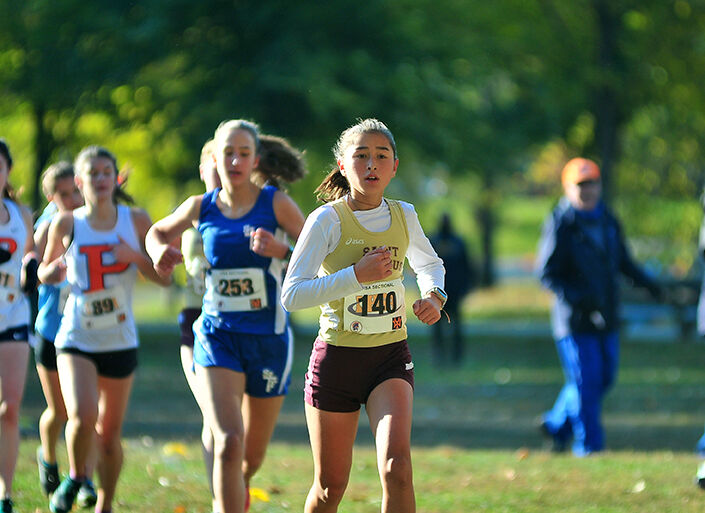 For Br. Rice senior Mikey Corcoran, his last cross-country race of his senior season did not develop quite as planned.

The temperature in the low 70s was warmer than expected with runners competing in sunny conditions. A hilly course proved to be difficult over its 3.1 miles.

But, Corcoran would make the best of it one way or another.

“It was a fun race. We got to face off with some of the best guys in the state,” Corcoran said. “It was pretty challenging and a little warmer than we expected. We thought it was more of a flat course, a lot of people did. It was a little emotional as the last race, but it was a great time overall.”

With the Illinois High School Association (IHSA) opting to not host a state cross-country meet this season, ShaZam Racing, a Peoria-based running company, stepped in to host a meet.

Over a long weekend, ShaZam hosted high school and middle school races that featured some of the state’s best runners. The races were a club event, meaning competitors were not representing their respective high schools.

The IHSA season ended on Oct. 31 with sectional meets.

Burke agreed with Corcoran. It was a hard day with some tough results, but he definitely enjoyed the chance to compete.

“It was a tough day for me. I wasn’t feeling great, but I was running at state against some great runners,” Burke said. “That’s the icing on the cake for the season. The course was tough, and it was a lot hotter than we thought. I was happy to be there, and I can’t let one race define my high school career.”

The Division II race, the equivalent of the Class 2A race for the IHSA, featured 173 runners.

Corcoran (Beverly, St. John Fisher) and Burke (Beverly, Christ the King) were a dominant one-two punch all season at the front of the Br. Rice lineup.

The Beverly duo have been teammates on the cross-country and track-and-field teams the last four seasons, developing a close friendship during that time.

“We’ve been friends for four years now. We do our workouts and run together and love racing,” Corcoran said. “It’s not that we’re trying to beat each other. We want to push each other to better ourselves. We know if we do that, we’re probably going to beat some people.”

Burke said he ran occasionally in elementary school, notably the Ridge Run at Memorial Day, but he focused more on basketball at Christ the King, including helping lead the Screaming Eagles to the Southside Catholic Conference Gold Ball championship in eighth grade.

It was only when he got to Br. Rice that he devoted himself to running.

“I thought it would be good for basketball to get in shape,” Burke said. “I wanted to play another sport. I kept working hard, and I’d like to think I’m one of the best runners Br. Rice has had.”

Even as the ShaZam race ended, the Crusaders couldn’t help but look ahead to the high school track season scheduled for mid-April through late June.

Burke and Corcoran said they hope to continue running in college whether it be cross-country, track and field or both.

Coach Ed Ernst couldn’t help but be a little jealous.

He’d look around the cross-country scene and see all those state powers, Neuqua Valley, Sandburg and others, who were consistent presences at the state meet.

Well, he used to be a little jealous. Not anymore.

“You’d see teams like that, and they know what hotels to stay at, what restaurants to eat at when they’re at state, where to put up their tents,” Ernst said. “Now, we can pride ourselves on that, too. We’ve got it figured out. There were a lot of new curveballs this year. Everything was new, but we figured it out.”

Competing as “Wolfpackers” at the Division II ShaZam race, a team of St. Ignatius runners finished eighth in the standings with 216 points.

It marked the continuation of a dominant two-year stretch for the Wolfpack, which has won the program’s first two sectional titles the last two seasons, advancing to state both years.

“We’ll move back up to [Class 3A] next year, but we should be competitive,” Ernst said. “We hope to get back to state and be fighting for a top-10 spot.”

Rhyner is a sophomore. The rest of the lineup was juniors.

St. Ignatius lost its top runner, senior Liam Linnen, to a foot injury in mid-September, but the team’s depth stepped up consistently over the course of the season.

With a majority of the team expected back for the 2021 season, and with the spring track and field season still to come, hopes are high for the Wolfpack.

“We got to run this fall and do what we do and love to do,” Ernst said. “We’re very grateful. Doing well at the Catholic League meet, winning a sectional for a second year, there are lots of great positives, especially after losing track and field this past spring.”

The days leading up to the ShaZam races were eventful for the Wolfpack as some health concerns forced some juggling of the lineup.

But as the team has done all year, the St. Ignatius runners, competing as the “Chicago Electric Company,” made the best of it, finishing 18th (386 points) in the Division II race.

“We had to change our lineup around and split up some runners who had been running well together,” said St. Ignatius Coach Matt Haffner. “Overall, it was a good solid meet and a good experience. We had some good times, and the course was a cool layout running through the woods.”

“Ella did a great job for us,” Haffner said. “She had her best race of the year. It was a good starting point for her as a freshman. All of our girls there, it’s a good team, and they were pretty competitive.”

Navigating an incredibly unique fall schedule, Haffner said he is impressed with his team’s response to adversity.

“We have a great group of kids who like and love to run and race,” he said. “We love to see that. You don’t always have kids like that, kids with that passion. It’s something we can harness for the future that will pay off going forward.”