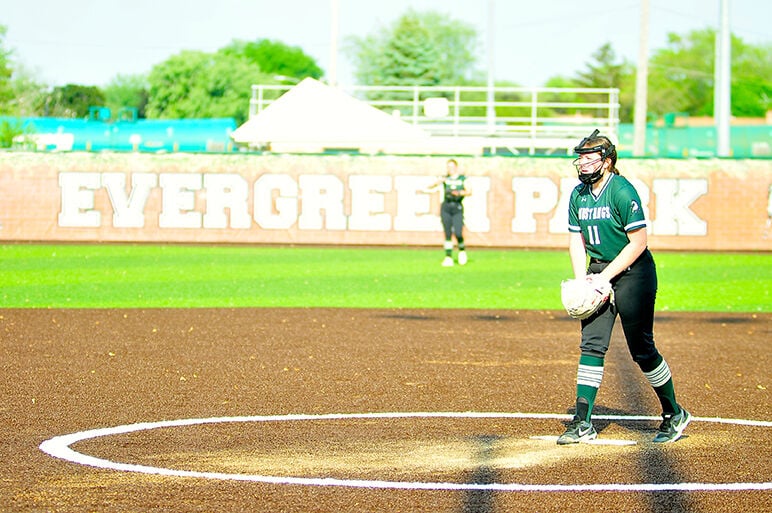 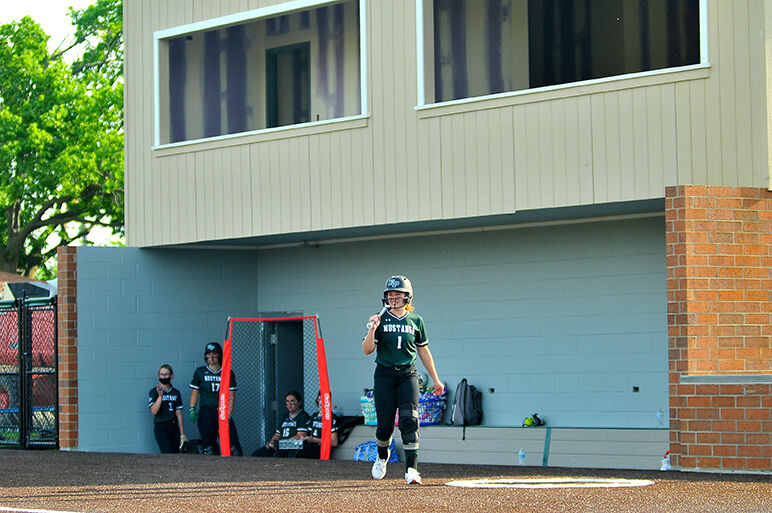 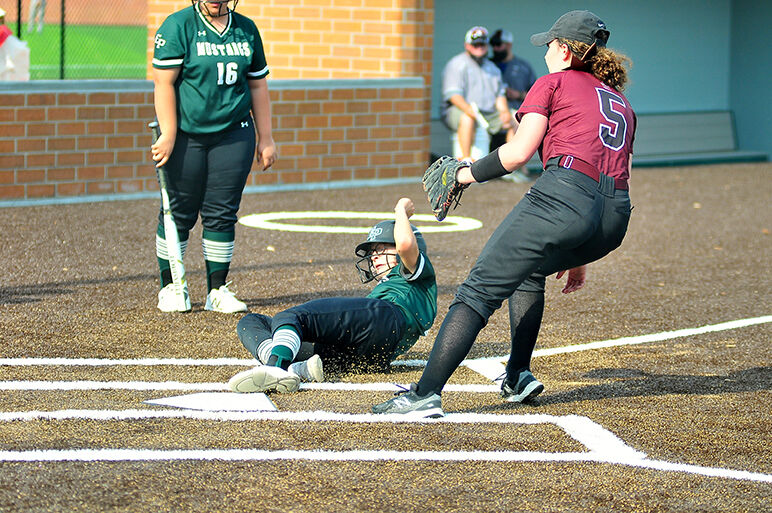 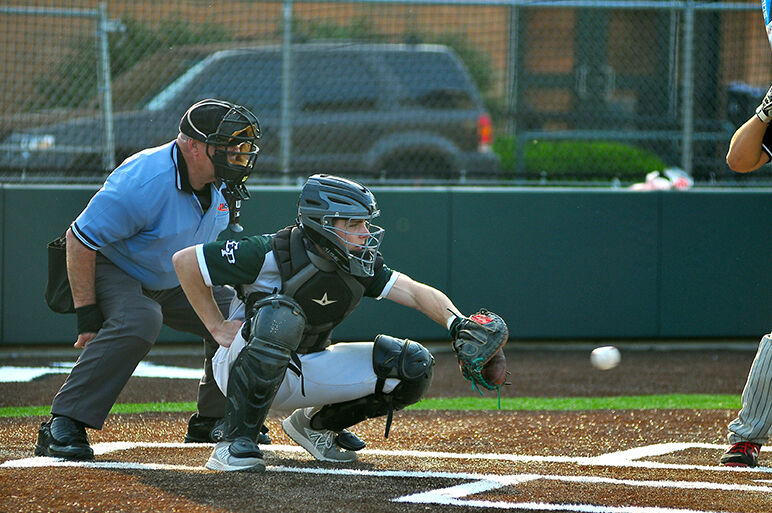 For the last two months, Emily Manso and her Evergreen Park (EP) teammates had practiced on the new turf softball field installed on the school’s campus.

Just north of the field, the Mustangs baseball team did the same.

Construction continued on the impressive new facility, meaning EP could not play any home games just yet.

So, while a hot and muggy conference game on May 24 was just another game in a unique senior season, this one was special for Manso and the Mustangs.

EP finally got to play its first home game in its new softball-baseball facility.

“It was really emotional honestly. I was very happy,” Manso said. “We knew we wouldn’t be playing home games until this last stretch because of the construction. We practiced on the turf all year. It felt like a long time, and we needed this game. It felt really good.”

Opening the home field in style, EP rolled to a 16-1 victory in 4 innings over Argo in a South Suburban Conference Red matchup.

It was the first home game for the Mustangs since May 24, 2019, including losing the 2020 spring season to the pandemic.

“Especially after losing out on last year, this was a cool day for them, especially doing Senior Day on our Opening Day,” said EP Coach Michelle Vucsko. “We knew it would happen. We wanted the field as ready and safe as possible to play some games on.”

EP was originally scheduled to play its home opener May 17 against T.F. South.

EP Athletic Director Jim Soldan said construction is expected to wrap up in June at the new facility that includes stadium seating, dugouts, locker rooms, press boxes, bullpens, batting cages, a concession stand and lights on both fields along with the turf fields.

The Mustangs played their first 15 games on the road.

Ortell said she kept tabs on the field.

“Every day I’d come out the sports gate at school and go by, drive by and look over,” Ortell said. “We couldn’t go on the field because of construction, but every time I got a chance to, I’d look to see the progress and get even more excited. Getting out here was really nice.”

Ortell scored the first run, coming home on a throwing error on a Manso smash to third base.

Sophomore catcher Dora Cihocki followed up in the next at-bat with the stadium’s first home run. Her 2-run blast to center set off a huge celebration for the Mustangs.

Cihocki finished with 3 RBI and 2 runs scored for the Mustangs. Manso and Ortell and sophomore Lily Strand knocked in 2 runs apiece.

Reynolds earned the win, allowing 1 run on 3 hits and no walks with 7 strikeouts.

Manso will continue her academic/athletic career at Moraine Valley Community College. She and Ortell are both four-year varsity players.

Manso has enjoyed the team’s progress through the spring.

“We’ve all made huge improvements since the start of the season,” Manso said. “We lost that year, but we practiced on our own still, played travel sports and when we got here, we made a good adjustment.”

EP played several other home games following the opener, including defeating Hillcrest 16-1 on May 27. The Mustangs were scheduled to host Reavis on May 28 in their conference finale, after press time, and a nonconference doubleheader with Riverside-Brookfield on May 29.

EP will open the Class 3A playoffs on June 2, hosting a regional semifinal against De La Salle.

“We have a lot of new, younger girls, so there’s some inexperience, but being together is comforting,” Ortell said. “We work well together. The team will progress in a good way even when these seniors are gone.”

While the EP softball team ran away with a win, the baseball team went up 4-0 and held on late for an exciting 4-3 win over Argo.

The game ended on a double-play rundown between second and third.

A young EP has struggled at times to find consistency this season, but the home debut brought out the best in the Mustangs.

“It was a special day for us, especially being on the road all season long,” said EP senior catcher Sam Rogers. “It can be hard to get a game where you feel like you’re in control. Today, we executed our plan. We did great.”

As for the crazy, game-ending play, Rogers couldn’t help but smile.

“It’s like someone is eating off your plate,” Rogers said. “You can’t let a team do that. We came out fired up and stuck with it. We brought that energy in the last inning.”