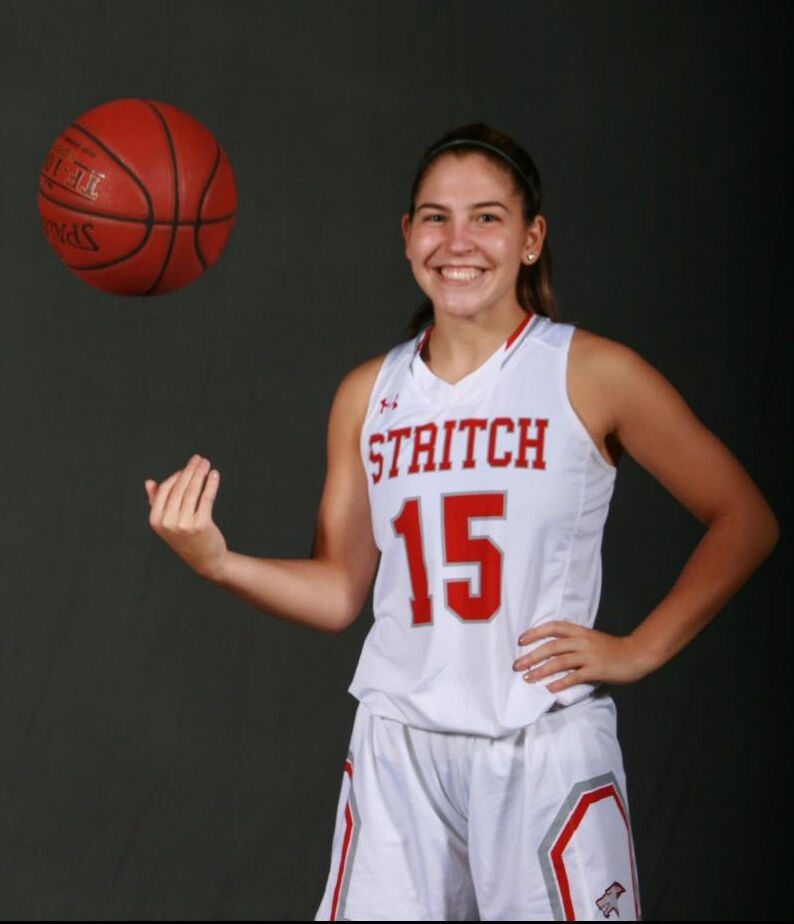 Kara Shimko is a starting guard in her senior season at Cardinal Stritch University. Shimko was a member of the last graduating class of Queen of Peace High School in 2017. (photo courtesy of Cardinal Stritch) 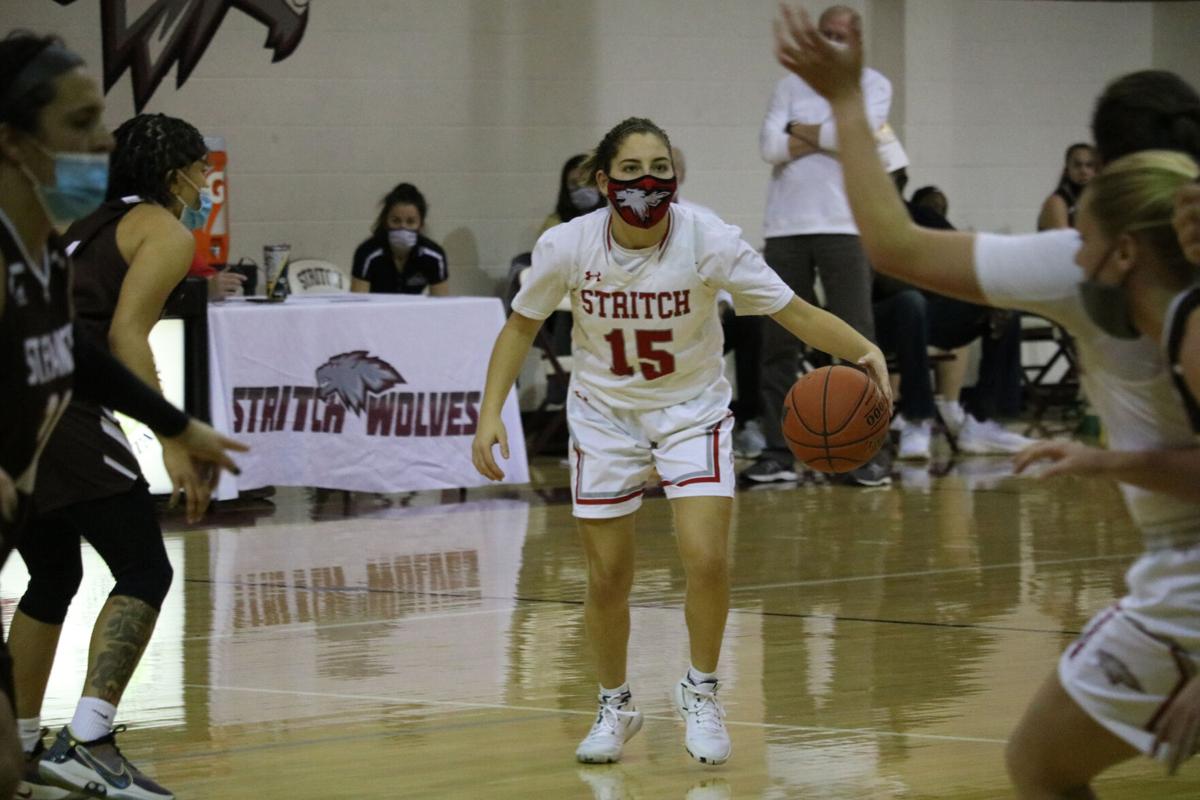 Senior guard Kara Shimko orchestrates the offense in a recent game against St. Francis. In her first three seasons with the Cardinal Stritch Wolves, Shimko hit a total of 152 3-pointers. (photo courtesy of Dan Kuklinski) 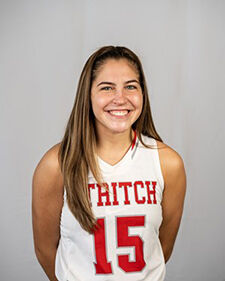 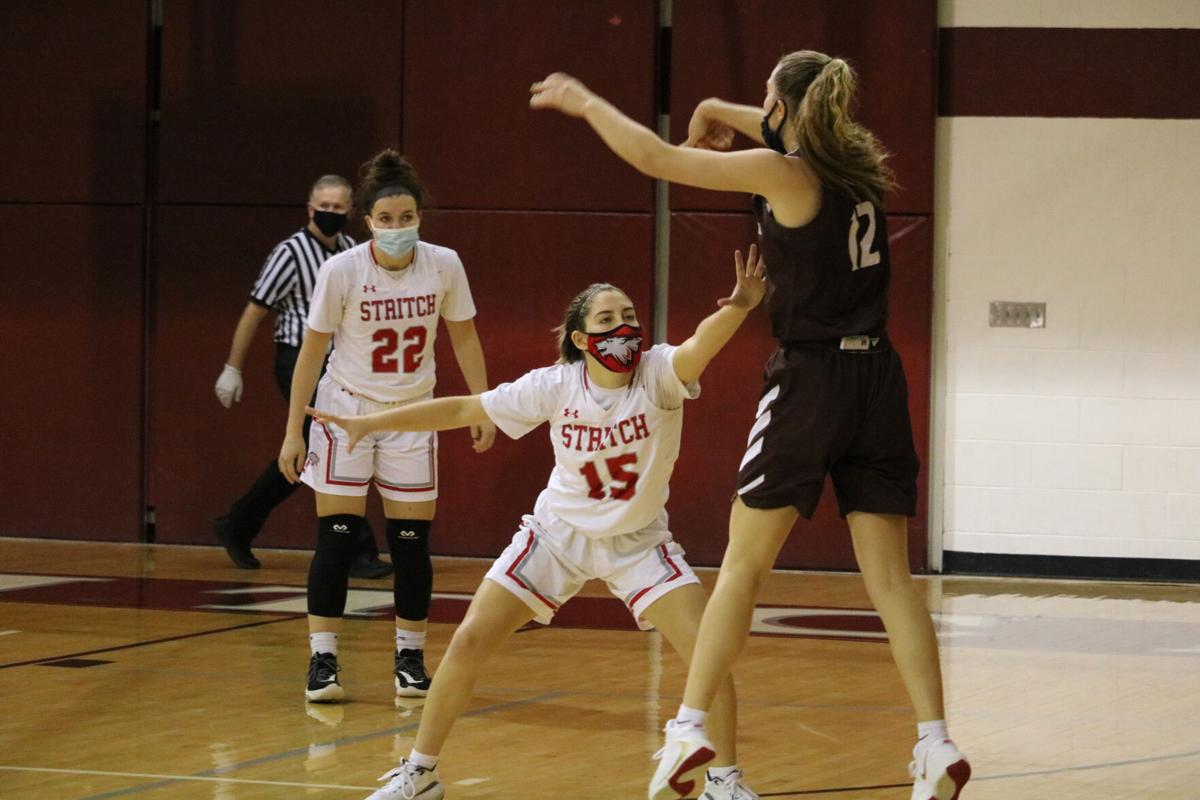 Kara Shimko is a starting guard in her senior season at Cardinal Stritch University. Shimko was a member of the last graduating class of Queen of Peace High School in 2017. (photo courtesy of Cardinal Stritch)

Senior guard Kara Shimko orchestrates the offense in a recent game against St. Francis. In her first three seasons with the Cardinal Stritch Wolves, Shimko hit a total of 152 3-pointers. (photo courtesy of Dan Kuklinski)

Kara Shimko has juggled a busy fall and winter during her senior year at Cardinal Stritch University in Milwaukee.

She’s the starting point guard on the Wolves basketball team, playing games, practicing and attending film sessions with teammates. She is finishing up her classes for her marketing degree, works an on-campus job and also volunteers at a local high school with young basketball players.

But whenever time allows, Shimko tries to carve out some time each day to go to a gym and shoot around for a bit.

“The last year really taught you to never take things for granted,” Shimko said. “I’ll go to the gym two or three times a day. You never know. That was the scary thing about 2020. I’m blessed to be with our team and thankful every time I’m in the gym.”

Shimko was the leading scorer on the 2016-17 Queen of Peace basketball team that advanced to a sectional in the school’s last year before closing in spring 2017.

Arriving at Cardinal Stritch, the 5’5” guard has carved out a role for herself with the Wolves in the last three-plus years. As a freshman, she came off the bench in 29 games.

By her sophomore year, Shimko was the first player off the bench.

Her senior season has been drastically impacted by the pandemic with the Wolves only playing 8 games through Jan. 11. In a normal season, teams would have played around 20 games by mid-January.

“It’s been crazy, just wacky, because we really don’t know what’s going to happen,” Shimko said. “You think, ‘What if the season doesn’t happen?’ Getting this opportunity, we’re grateful for every moment.”

However, her basketball contributions are not limited solely to Cardinal Stritch. When her schedule allows, Shimko volunteers as a coach at Whitefish Bay High School, a public school near the Stritch campus.

Her work includes individual workouts and sessions with small groups.

For Shimko, the coaching side of basketball is in her blood.

Kara is the youngest of four Shimko siblings, George, Alex and Kristen, all of them involved in coaching sports at either the high school or collegiate level.

Her dad, George, is the girls basketball coach at St. Laurence High School.

Kara was around her dad, her siblings and the school from the start.

“I’ve been there for 18 years, since I was too young to remember,” Kara said with a laugh. “I love it, and I love coaching. You make those connections, and you always want the best for others.”

As for coaching down the road, it’s a distinct possibility.

“I know I’m not going to be able to play forever,” Shimko said. “I’m a senior in college, and I’m still learning so much. Coaching gives me so many opportunities to teach things that I didn’t know to other people and give them that edge to go out and win.”

Shimko has also been on the Dean’s Honor List every semester at Stritch, earning a grade-point average of 3.5 or better each semester.

She also won the National Association of Intercollegiate Athletics Champions of Character Award in 2019.

The decision will come, but in the meantime, she’s looking to close out this year strong, shaking off some shooting struggles and helping a young Wolves roster develop.

“Some of it, I think I was so worried about the team and helping [younger teammates], my mindset wasn’t there,” Shimko said. “We’ll get after it. For myself, I’ve got to get back to the basics and find my shot. It’ll happen.”