Mark Krizic, the longtime director of golf at Ridge Country Club, purchased the Fyre Lake Golf Club this summer. He has been at Ridge since 2005. (photo courtesy of St. Xavier University) 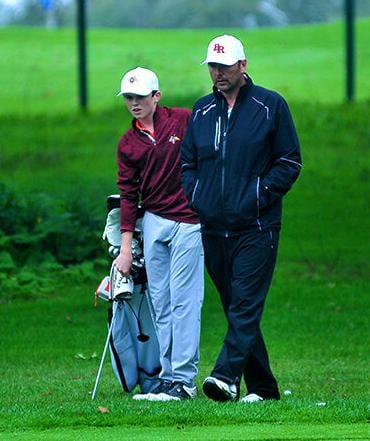 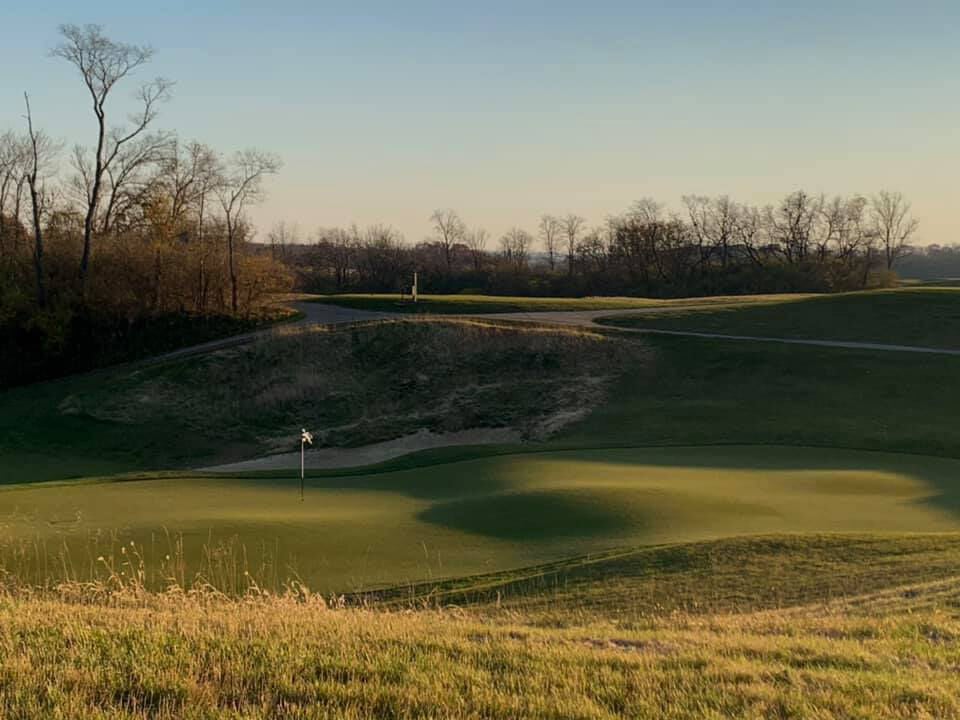 The Fyre Lake Golf Club is a Nicklaus Design layout in Sherrard, Ill. It is par 70 and 6,600 yards with elevation changes throughout the links-style course. (photo courtesy of Fyre Lake)

Mark Krizic, the longtime director of golf at Ridge Country Club, purchased the Fyre Lake Golf Club this summer. He has been at Ridge since 2005. (photo courtesy of St. Xavier University)

The Fyre Lake Golf Club is a Nicklaus Design layout in Sherrard, Ill. It is par 70 and 6,600 yards with elevation changes throughout the links-style course. (photo courtesy of Fyre Lake)

Golf has been a part of Mark Krizic’s life for many years.

As a teenager, he was a caddy at Olympia Fields Country Club. After playing golf in high school, Krizic briefly went pro before finding his niche as an assistant golf pro and eventually a club pro.

This summer, Krizic, 42, was proud to add another accomplishment to his golf resume, becoming owner of Fyre Lake Golf Cub in Sherrard, Ill.

Krizic is currently the director of golf at Ridge Country Club, in Beverly, where he’s worked for the last 16 years.

Fyre Lake is about 20 minutes south of the Quad Cities.

It is a par-70, 6,600-yard course in a links style with Fyre Lake coming into play on several holes. When Krizic first saw the course, it immediately had a pull on him.

“I get chills talking about the course,” Krizic said. “The facility is awesome. It reminded me of French Lick, Whistling Straits where I got married, and Blackwolf Run, and those three are all in my top-20 golf courses. It felt like it was a montage of all those things. There is not a bad hole on the golf course.”

Fyre Lake is by Nicklaus Design, the company created by golf legend Jack Nicklaus that has built more than 425 courses in 40 states in the U.S. and 45 countries around the world.

Krizic said Nicklaus Design will visit the course this spring, but he does not foresee any major changes. Well, he would like one, a new photo to hang at the course—with the Golden Bear.

“I need to meet him and get a picture, get it signed and put it in my golf shop,” Krizic said with a laugh. “I’ve never met him, but that’s a goal on my plate to do.”

Krizic said one of his biggest improvements will be a Calloway Performance Center, scheduled to open in fall 2021, that will allow golfers to work on their game in or out of season.

He said he is pleased with the course’s qualities in the present, but he does want to make some changes here and there.

“I stood on the property, looked around and said, ‘Why haven’t I heard of this?’” Krizic said. “It’s a top 100 course [in the U.S.] and a top 10 course in Illinois. That’s my goal, my vision in two to three years. There’s a lot of work to be done, but the bones of the facility are unbelievable.”

Krizic took over the course in July and will officially move this January with his wife, Alyssa, and their four children. His last day at Ridge Country Club will be Dec. 31.

“We’re branding Fyre Lake as a new beginning [for the course],” Krizic said. “They’ve never had a PGA pro who operated the facility. The staff currently in place has done an unbelievable job. From what they’re doing and what I can bring to the table, I think it will be a great team membership.”

At Ridge, Krizic was the assistant golf pro for four years and the director of golf for the last 11.

Rich Dukelow, an Evergreen Park resident, has been named as Krizic’s replacement.

While Krizic is excited about the challenge of his new venture, he’s sorry to be leaving Ridge and the local golf community.

“I met my wife here, had two girls, and this is my family. It’s weird to leave,” Krizic said. “I grew up here in this area. I’ve been here 16 years. It’s awesome they hired someone who grew up in this area, too. That’s pure family. Ridge is bringing in someone who knows the community, and that’s huge.”