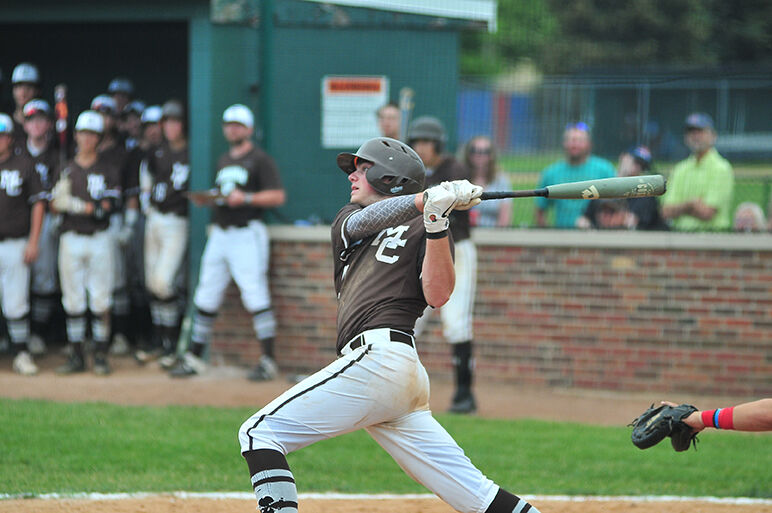 Mt. Carmel sophomore third baseman Austin Mallee connects on his go-ahead 3-run homer in the sixth. The long ball put the Caravan up 10-9 after trailing 9-4 through four innings. (Review photos) 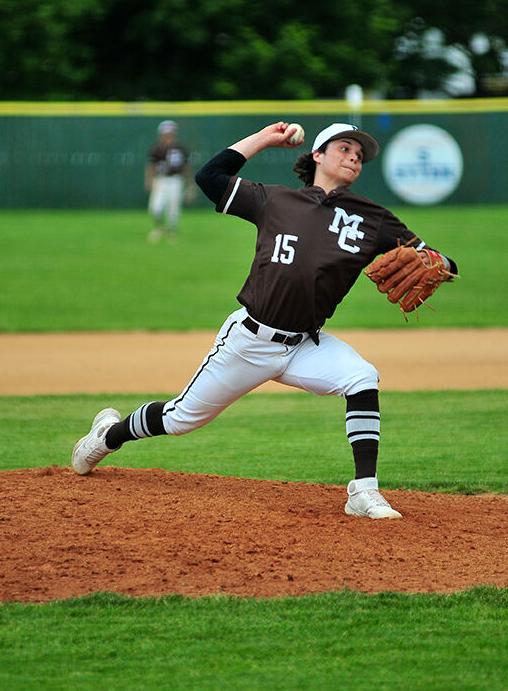 Senior Tommy Egan fires the ball in the later innings against St. Rita. Struggling early, Egan settled in on the mound, striking out 8 in 6 innings to earn the win. 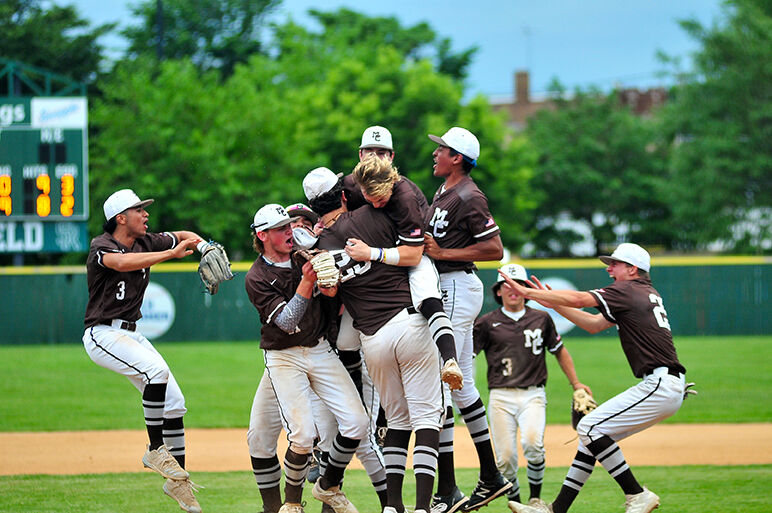 Mt. Carmel sophomore third baseman Austin Mallee connects on his go-ahead 3-run homer in the sixth. The long ball put the Caravan up 10-9 after trailing 9-4 through four innings. (Review photos)

Senior Tommy Egan fires the ball in the later innings against St. Rita. Struggling early, Egan settled in on the mound, striking out 8 in 6 innings to earn the win.

With runners at second and third and no outs, Mallee just needed to put the ball in play as the Caravan looked to rally against rival St. Rita.

He got his hit and then some.

Blasting a 3-run go-ahead home run to left field in the top of the sixth, Mallee helped Mt. Carmel rally from a 5-run deficit to claim a thrilling 10-9 victory on June 7 over host St. Rita in a Class 4A regional championship game.

“I’m just looking to get a base hit. With two strikes on me, I wanted to stay calm and keep breathing,” Mallee said. “I was expecting another curveball and got it. The pitch was in the right spot. I knew off the bat it was gone.”

Mallee’s round-tripper came after a back-and-forth effort both ways in one of the state’s best rivalries.

Mt. Carmel went up 4-0 in the first inning only to see St. Rita score 9 runs over the next 4 innings to take a commanding 9-4 advantage.

However, the Caravan was far from down and out.

Junior Myles Supurgeci (3 RBI, 2 runs) hit a RBI single, and senior Gino Gazzillo ripped a 2-run double in the fifth to chip into the lead before Mallee went deep in the sixth.

It was the sophomore’s eighth home run of the season.

“Even down, we know we have a chance. We’re battling,” Mallee said. “We stay up in the dugout and keep cheering and stay loud.”

Junior Julien Hachem, a 6’8” lefty, allowed a hit in the seventh, a double to Al Holguin, but earned the save.

Pitching out of the bullpen recently, Hachem has found his groove.

“I like coming out of the bullpen. I can throw harder, and I’ve got more energy,” Hachem said. “I’m thinking that I have to throw strikes and make them hit it, let our defense work. Up one run, I’m thinking, ‘Just nothing over the fence.’”

Senior Tommy Egan earned the gutsy win for the Caravan, allowing 6 earned runs on 7 hits and 4 walks with 8 strikeouts in 6 innings.

Egan (Mt. Greenwood) is an Iowa Western Community College recruit. He is a three-year varsity pitcher for the Caravan.

Pitching with a 4-run lead in the first, Egan gave up 3 runs to St. Rita in the bottom half of the inning. The Mustangs capitalized on 2 errors from Mt. Carmel.

“After the first, I’m trying to give up less than 4 runs,” Egan said with a laugh. “I needed to get outs, get swings and misses, which I’d been struggling to do. I wanted to give my teammates a chance to win.”

Settling in after the early blow-up, Egan battled with his arsenal of off-speed pitches, shutting St. Rita down with scoreless fifth and sixth innings while his own lineup went to work.

“I wasn’t feeling my best and knew it would be a tough game,” Egan said. “I tried to have a clear mindset, get outs and move on to the next pitch.”

Watching Egan battle through a tough day on the mound, Mt. Carmel Coach Brian Hurry knew his senior ace would keep on fighting.

“Tommy’s a great competitor,” Hurry said. “No game, no moment is too big for him. He’s able to slow the game down. For a high school player, that’s hard to do.”

The Mustangs won a share of the Chicago Catholic League-Blue this spring, their second straight league title.

“The word that kept coming up was ‘resiliency,’” Nee said. “We haven’t been pretty all year, but we’ve been resilient. We battled back but fell 1 hit short. Hard to appreciate now, but that goes down as one of the great games in a great rivalry. These guys wore the ‘SR’ well. I couldn’t be prouder.”