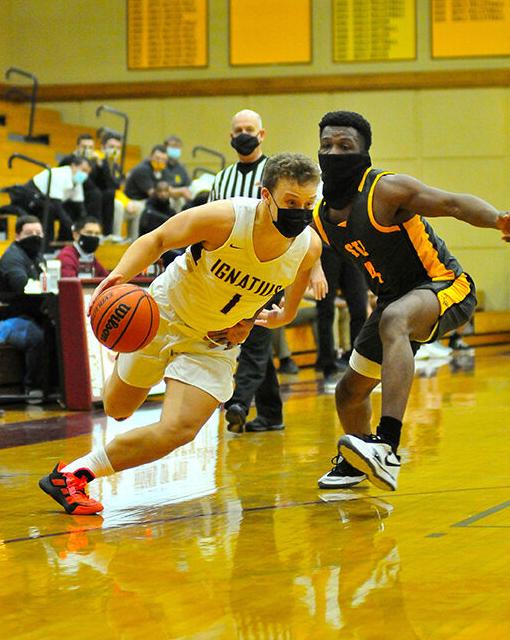 St. Ignatius senior Parker Higginbottom breaks down the defense. He led the Wolfpack with 19 points against St. Laurence. (Review photo) 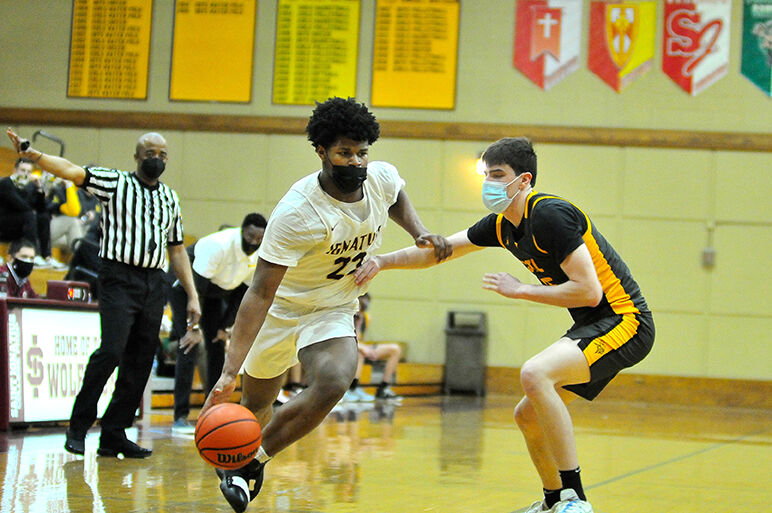 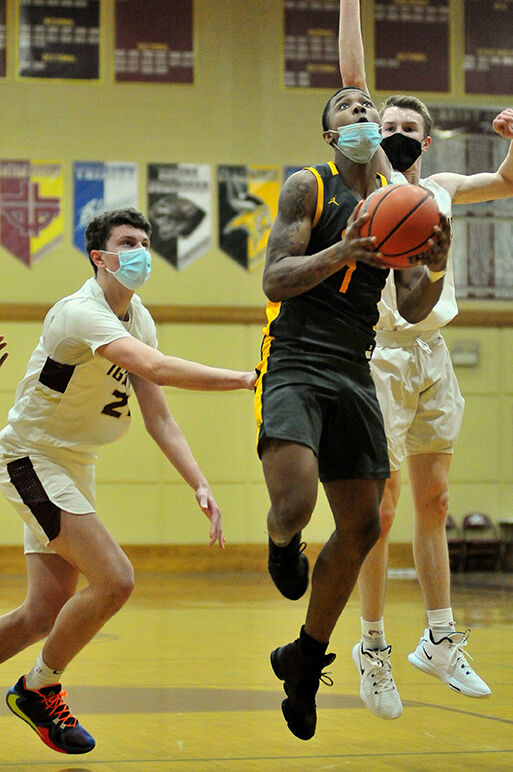 St. Ignatius senior Parker Higginbottom breaks down the defense. He led the Wolfpack with 19 points against St. Laurence. (Review photo)

Last March, the St. Ignatius boys basketball team was on the verge of making history, looking to win its first sectional championship since 2000.

The Wolfpack defeated league rival DePaul Prep in a thrilling sectional semifinal, setting the stage for the championship against Fenwick.

However, the game never happened.

As the first days of the COVID-19 pandemic brought huge changes across the world, including the sports landscape, the end of the state series was canceled, leaving St. Ignatius and other teams to wonder “what if?”

As high school athletes across Illinois savor the opportunity to play their winter seasons, the return of basketball resonated even deeper with St. Ignatius senior Parker Higginbottom and his teammates.

Hosting St. Laurence on Feb. 12 in a Chicago Catholic League (CCL) crossover, the Wolfpack pulled away late for a 69-47 victory.

“We’re all thankful to be on the court,” Higginbottom said. “We had our doubts in December that we’d ever get a chance to take the court, especially being a senior. We can show off our skills. It’s fun. We’re thankful that we get a chance to be back.”

The shortened CCL season features teams playing three games a week over a five-week season that will continue into mid-March. Players are required to wear facemasks during the game.

Schools can decide whether to allow spectators for the game, and the limit is 50 people.

Barron, a 6’5” guard/forward, said the team’s depth should pay big dividends against opposing defenses. He dressed for both the junior-varsity and varsity teams as a freshman.

“Our confidence on the offensive side, any of us can go off on any given night,” Barron said. “For me, it’s more opportunities for sure. I’m getting the chance to show I can play with the older kids. I’m taking it all in and taking the opportunities and running with them.”

St. Ignatius showed off its abundance of talent late in the third with the score knotted at 39. Barron hit a short jumper in the lane at the 2:14 mark and followed it up 40 seconds later with a putback off an offensive rebound.

Redd closed the third in style, scoring on a fast-break layup and then drilling a corner 3-pointer on a Barron assist as St. Ignatius rattled off a quick 9-0 run.

“Our hustle on defense leads to easy transition buckets,” Higginbottom said. “Getting stops motivates us to get a good possession and get the lead. After a good defensive possession, we’re motivated to come down and get a score.”

Gilles, Barron and Higginbottom scored in the opening minutes of the fourth to continue the run, and St. Ignatius strung together a dominant 15-0 extended run over 4 minutes in the third and fourth quarters.

St. Laurence could get no closer than 12 points in the fourth. Higginbottom connected on 6 of 8 free throws in the final frame and added an athletic stutter-step layup to basically ice the game.

Higginbottom, a 5’11” guard, has been on the varsity since his sophomore season. He plans to make the best of the last four weeks of his senior year, including leading St. Ignatius to a potential CCL-White title.

“The sky is the limit for us. We’re going after that conference title,” he said. “This was a team that, had it been a regular year, we’d be downstate and have a shot at the state championship with all the talent we have. We’re blessed to be back.”