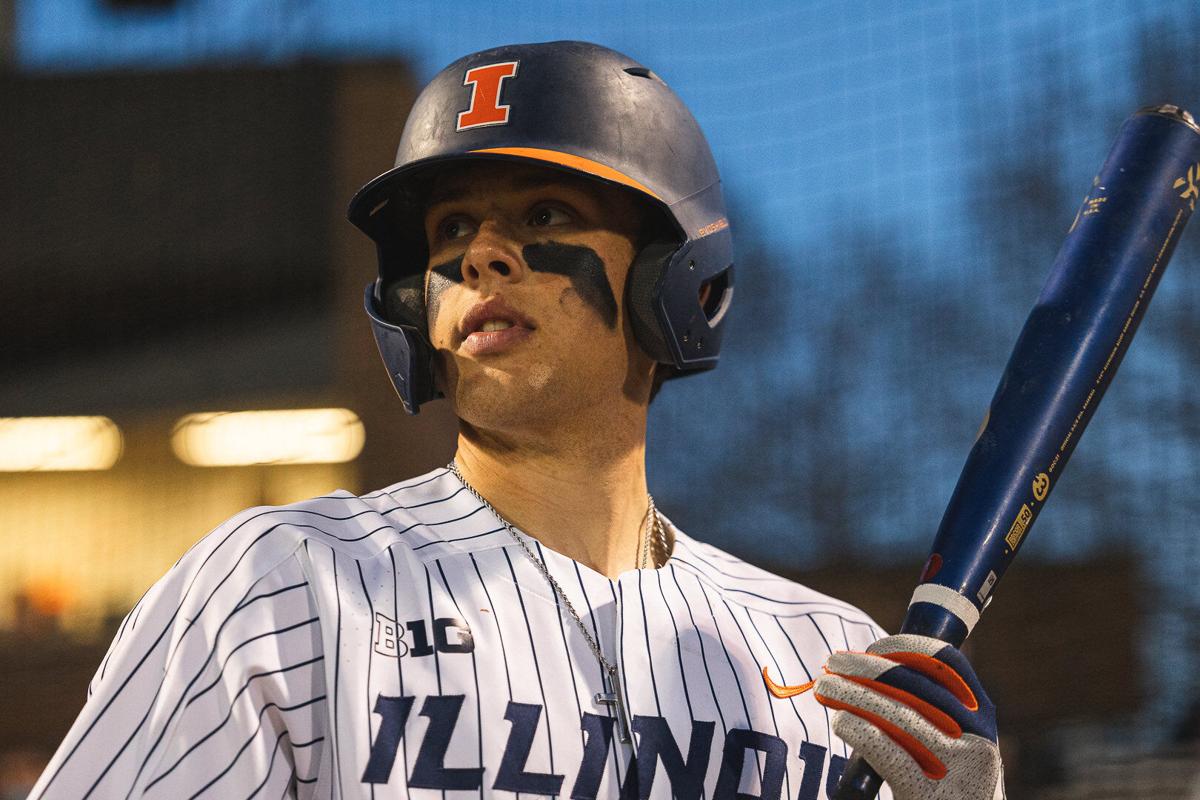 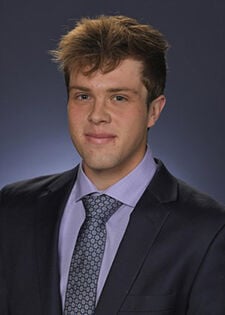 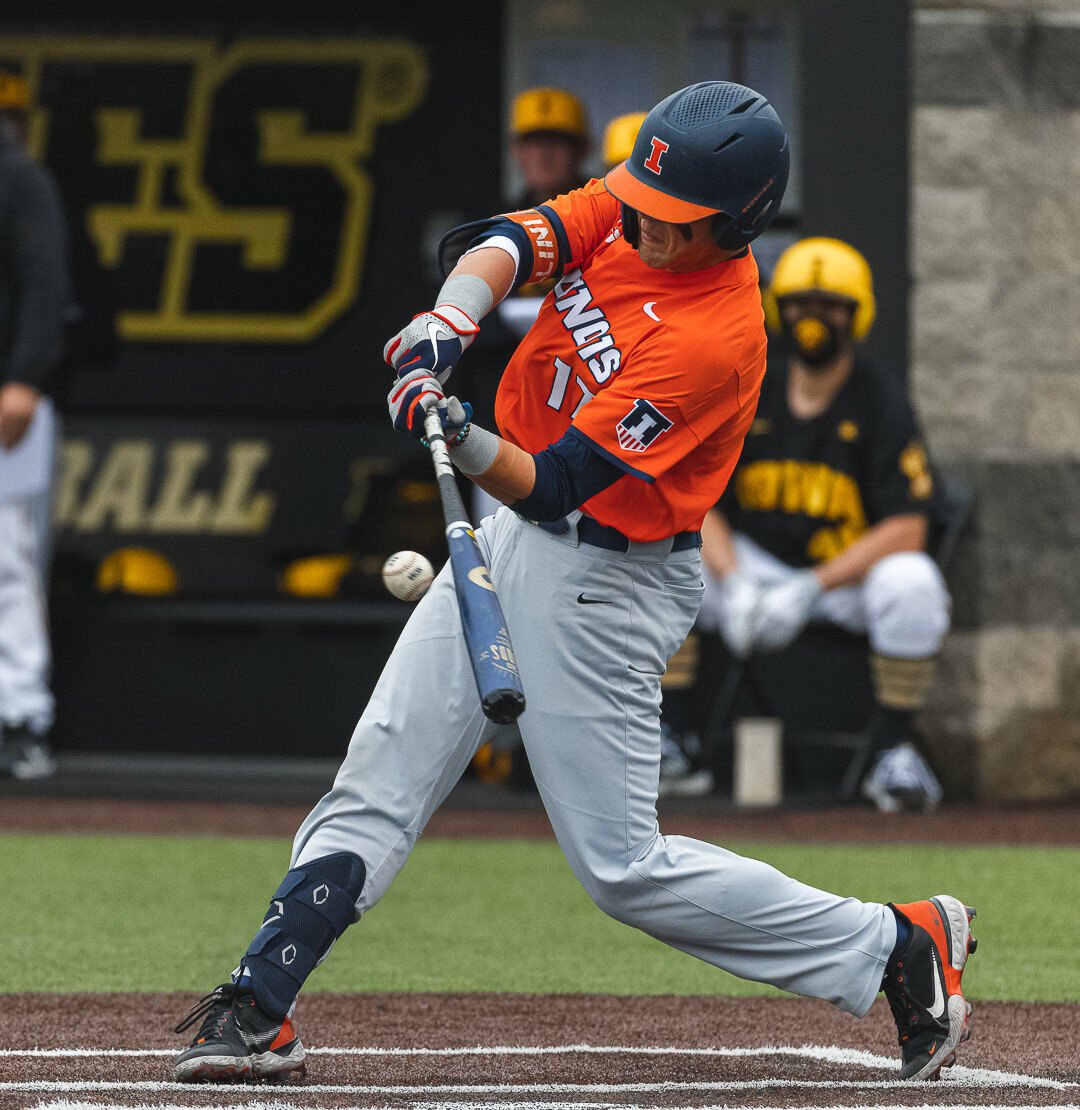 Justin Janas has never been overly concerned with his stats at the plate.

The 2019 Marist High School grad knows that, if he’s feeling good at the dish and his swing is consistent, good things will happen.

“I had a pretty good idea because I was hitting the ball pretty well,” Janas said. “I checked once, and I was hitting around .370. I wanted to keep doing what I was doing. Then, in our last series, a teammate said, ‘Hey, you know you’re hitting almost .400?’ I was kind of excited when I heard that.”

Although he didn’t hit .400 during the season, he sure was close.

Janas finished the year hitting .391, 54 for 138 over 42 games, to win the Big Ten Conference batting title. His batting average was 29th in the country.

It was the third straight season that an Illini player won the Big Ten batting title.

“I don’t even have the words,” Janas said. “It meant a lot at the end of the day because it showed all the hard work and the time paid off. For me, maturing this year as a player, that was the big thing. Winning the batting title, that was really cool to see.”

The 6’3”, 205-pound infielder finished the season with 47 singles, 6 doubles and a triple while mostly batting in the clean-up spot of the Illinois lineup, and the Homer Glen resident was named All-Big Ten First Team and American Baseball Coaches Association/Rawlings Midwest All-Region Second Team.

“I never really had a slump,” Janas said. “I had a few games that I struggled, but I was able to stay pretty consistent throughout the season.”

The breakout 2021 campaign came after a tough start to his collegiate career in spring 2020.

Through the early goings of that season, Janas played a supporting role off the bench, going hitless in 6 at-bats during 6 games, including one start.

Then, just 13 games into the season, the pandemic wiped out the rest of the year.

With that, Janas vowed to come back a stronger player.

“It was good experience getting used to the flow of things and how college baseball works,” Janas said. “I wanted to use the quarantine and that time to get my body right and get in a lot better shape. I changed a couple things with my swing, too.”

Janas hit the weight room and ramped up his workouts. He paid more attention to his diet in an effort to eat healthier.

The work paid off.

Janas said he dropped from 235 to 205 pounds and put on muscle in the process. When he took the field with the Illini for fall ball, he felt like a new player.

“I got down to 205 pounds, and I had more lean muscle. That’s more where I’m at now,” Janas said. “Back on the field, I was moving a lot better, quicker lateral movements going side to side, and I definitely gained some speed. I felt better, quicker and more explosive.”

Illinois Coach Dan Hartleb was impressed with Janas’ effort to prepare for his second season.

“Justin did a great job during the offseason to work extremely hard to change his body,” Hartleb said in a news release. “He showed a great maturity at a young age to develop his swing. For him to hit with consistency in the middle of the lineup in his first year in the Big Ten is an unbelievable accomplishment. His season is one of the best a hitter has had in Illinois history.”

Janas was a staple in the lineup for Illinois (22-22) this spring, playing in 42 games and starting 32 at designated hitter and 9 at first base.

“I made some changes this year, and I got more mature,” Janas said. “I tried to simplify things with my swing. I want to keep things as simple as possible. When I think too much at the plate, that’s when I get in trouble, so I keep the same approach.”

This summer, Janas is playing for the Kenosha Kingfish in the Northwoods League for a second straight season.

He’s living with his uncle and aunt, Danny and Joy Janas, and having lots of fun while playing in one of the country’s strongest collegiate summer leagues in stadiums full of enthusiastic fans

“It’s pretty awesome,” Janas said. “You see a lot of different parks. As a hitter, I’m trying to keep the same approach. When I get into a hitter’s count, 3-1, 2-0, I’m trying to let it loose some big swings, go gap to gap and see what happens.”