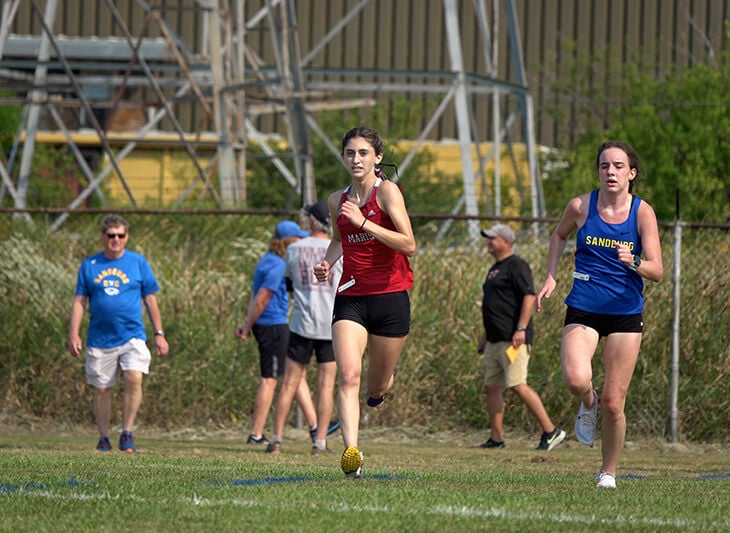 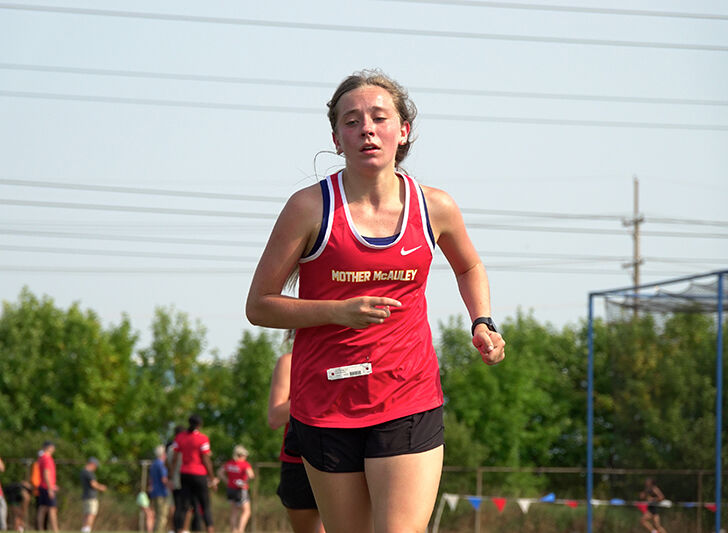 Jenna Bugos has been surrounded by running for as long as she can remember.

Her parents, Kevin and Tina, are both runners, as are her older siblings, Kevin and Molly.

Kevin was a standout cross-country runner at Marist, and Molly is a junior on the cross-country team at Chicago Christian High School.

Growing up, the family would go out for runs together.

Now a freshman at Marist, Bugos is quickly making a name for herself.

Running the three-mile course in 20:14, Bugos finished seventh in the individual standings in helping the RedHawks to a fourth-place finish (117 points) at the 56th annual Reavis Rams Invitational.

The meet featured 17 teams and individual runners from six other schools.

“I’ve been running since fifth grade, and the whole family runs, too. We’ll run together,” Bugos said. “I always watched Kevin run, and Marist was a place I wanted to run and a team I wanted to be a part of. It’s fun being part of this running community. Everyone’s been really welcoming.”

Bugos was part of the lead pack for the first two miles, staying within striking distance of the runners in front of her as the high temperature quickly increased over the course of the race.

Then, over the last half mile, the freshman took off, closing with a strong sprint to climb up to seventh in the standings.

“One of my strong suits is the finish. I like sprinting,” Bugos said. “It’s what I like to do most. I was feeling good. We’ve been practicing hard these last few weeks. I had to keep running for my team and finish strong for them.”

McClorey and Quinn were next up a minute later for the RedHawks, finishing just a second apart in a congested final chute as six runners finished the race in a six-second span.

Quinn has been running varsity since late in her sophomore year.

“I was feeling OK. There’s more to come, but it’s a good place to start,” Quinn said. “As a team, we did really well. We tried to stick together as long as we could.”

Quinn grew up as a figure skater but stopped when she entered high school and went out for the cross-country team.

Marist will compete in the Class 2A state series this season.

With some serious depth, the RedHawks are hoping for a big fall.

“We have a lot to come as a team,” Quinn said. “As a team, we’re working well together. We’re working on running and working as a pack. We focused on that today.”

With two years of track-and-field experience under her belt, Mother McAuley junior Lilly Coakley thought about going out for the cross-country team for the first time.

However, she wanted to test it out first. After all, she was a sprinter in track, not a distance runner.

“I did summer running to see if I liked it, and I really liked it. I think it’s going to go well,” Coakley said. “It looked like a lot of fun and a sport I could get into. It’s been a little tough. Sometimes, I’ve got to remind myself races aren’t one time around the track. I have to pace myself.”

For Coakley, it’s been an adjustment, going from a sprinter to a distance runner, but she’s definitely been up to the challenge.

The coaching staff credited her with helping lead a pack of McAuley runners chasing Rowan down up front in races.

“I really try to keep us together. We’ll motion to each other if we’re falling back,” Coakley said. “We feed off each other’s energy, and that helps us finish strong in these races. It’s helpful to have runners to support you.”

Rowan was a force for the Mighty Macs, breaking out to the lead pack and staying there the whole race.

She’s loved what she’s seen from a young McAuley lineup.

“It’s really fun to watch them,” Rowan said. “It’s fun because they’re super-excited and super-motivated to do better and do well at our meets and everything they do. It’s inspiring to me to keep that positive mindset going.”