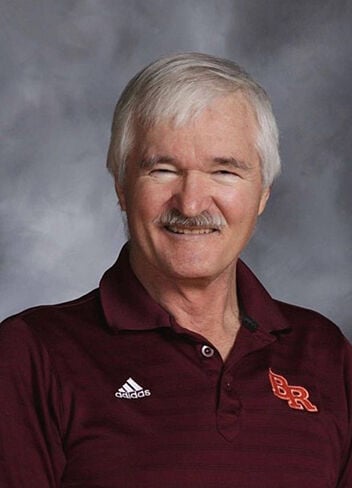 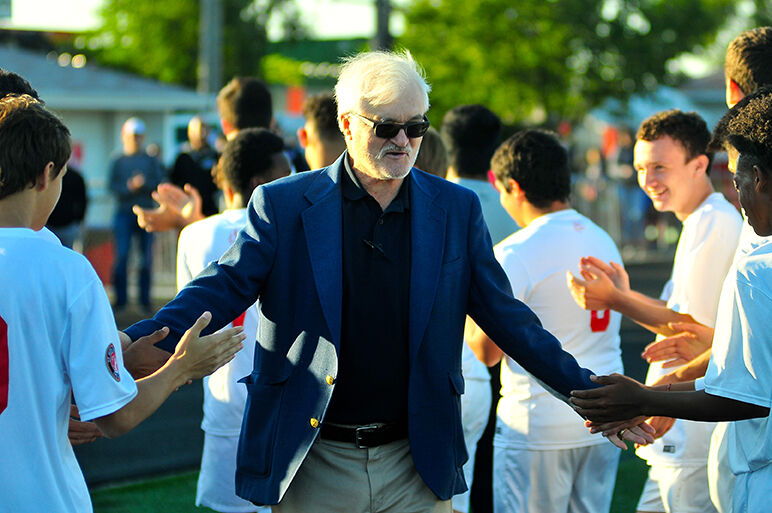 Nick Markulin celebrates the 50th season of the St. Rita soccer program during a September 2017 game. Markulin coached the Mustangs for a season in the late 1960s. (Review file photo) 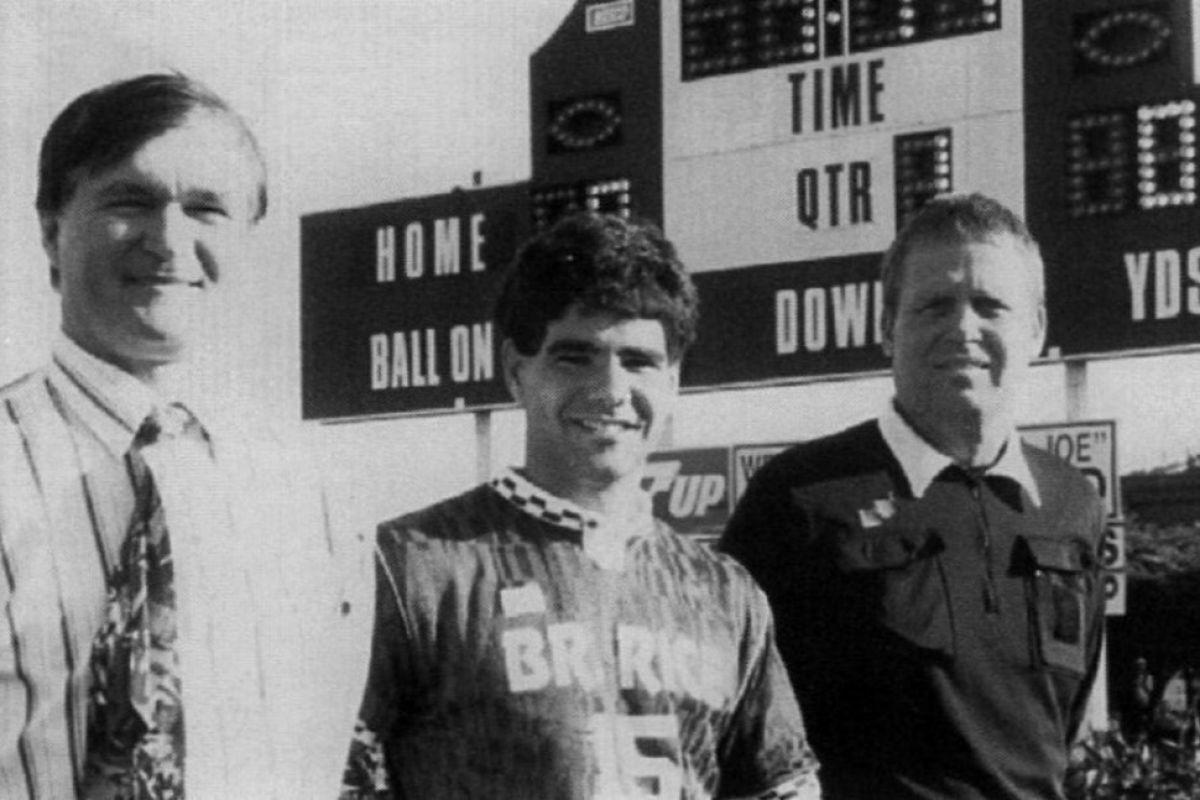 Nick Markulin celebrates the 50th season of the St. Rita soccer program during a September 2017 game. Markulin coached the Mustangs for a season in the late 1960s. (Review file photo)

Markulin, who died on Oct. 25 at age 72 after a long battle with illness, won 459 games over 32 seasons coaching at Br. Rice. He led the Crusaders downstate six times, including two fourth-place finishes.

Biggest of all, he helped put Chicago’s South Side on the high school soccer map in Illinois.

However, Markulin was far from interested in personal achievements.

“I’d asked him how many games he’d won. He’d say ‘No, no, no! We don’t need to keep track,’” Dorn said. “He’s probably right there at 500, but he never wanted the spotlight. He was an ambassador of the game. Soccer was his life, and he achieved a lot of great things in soccer.”

Markulin was born in Yugoslavia and immigrated as a child to the United States with his family. He found his niche playing soccer, playing on Eastern Illinois University’s 1969 National Association of Intercollegiate Athletics national championship team.

At Br. Rice, he taught biology and physical education over the years, but he became most known as a coach with huge soccer acumen and appreciation for the game, in addition to personality and presence to burn.

Br. Rice Coach Matt Prunckle, a 2004 Br. Rice alumnus, played for Markulin on the varsity for two-plus seasons, helping the Crusaders to a fourth-place finish in Class AA in 2003.

“Nick had a love and passion and zeal for everything he did,” Prunckle said. “A lot of that revolved around Br. Rice soccer. When you think of soccer on the South Side, from the youth leagues to Br. Rice to college games hosted at Br. Rice, it’s all because of Nick Markulin.”

The 1993 squad was led by Billy Savarino, who totaled 159 goals in his career, good for third on the Illinois High School Association all-time scoring list.

Savarino was a four-year varsity star for Br. Rice (Class of 1994) before going on to play at the University of Notre Dame.

“Nick always kept us on our toes because of his passion. He was one of a kind,” Savarino said. “It was his love of the game and his knowledge, and he was a pretty good player himself. He was just a hard-nosed defender. He was able to teach the game verbally and physically. Nick was definitely a special guy.”

However, as Prunckle explained, Markulin wasn’t known just for his soccer abilities as a player and as a coach. Markulin was a true character, fiery and exaggerated on the sidelines, a must-watch for fans in the stands.

One outburst especially stood out for Prunckle.

“We were playing in the Rockford Hononegah my junior year. We had [All-state player and future pro] Cesar Zambrano, and that was probably the most talented team I’ve ever played on,” Prunckle said. “We went down 1-0, and Nick was furious. Cesar, all the starters, it was a full line shift. We put ourselves back in the second half and won 2-1. He said afterward he’d meant to do it that way. That he had master-minded the whole thing.”

Markulin was ever-present on the sidelines, always sitting on a metal folding chair during games when he wasn’t pacing up and down.

“We tested him one time and said there was no way he could stay silent on the sideline,” Savarino said. “The game starts, and he’s nowhere to be found. Then we see him on the sideline wearing a Sylvester the Cat outfit. He said he was going to be as quiet as a mouse. That’s just the way he was, a good person who always meant well. He was such a good character.”

Dorn was an assistant on Markulin’s staff for several seasons and then was the head coach for Br. Rice from 1994-1996.

While his friend and mentor’s antics were always entertaining, Dorn said Markulin’s connection with his players and students is what he will remember most.

Markulin also coached for a season at St. Rita in the late 1960s.

Prunckle said Markulin’s ability to connect with players was a huge factor in his long-term success.

“Nick demanded a lot to the point that we thought it was irrational how much he demanded,” Prunckle said. “But, more than that, it was always for the kids, the players. He was good at just connecting with kids, and that always showed through his rough exterior.”

Rumors abounded about Markulin’s soccer background. One in particular had him playing for the Croatian national team, a rumor that Dorn said is, unfortunately, not true.

Nonetheless, Dorn said, Markulin’s powerful leg got him some kicking tryouts for NFL teams, including the Chicago Bears.

Unique reputation and legendary what-ifs aside, Markulin loved what he did. He loved soccer, coaching and teaching.

“Nick was determined to be a teacher and a coach. That’s what was most important to him,” Dorn said. “Thinking of soccer on the South Side, I can’t think of one person not affected by him in some way. Whether you knew him or not, his impact was felt. He was a mentor for me and a great friend.”