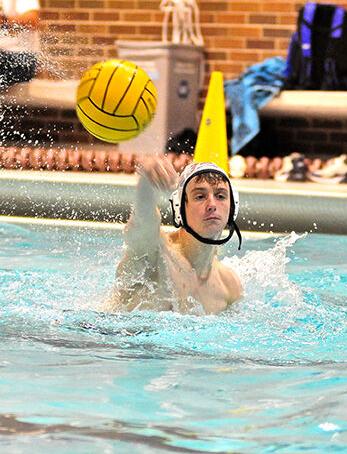 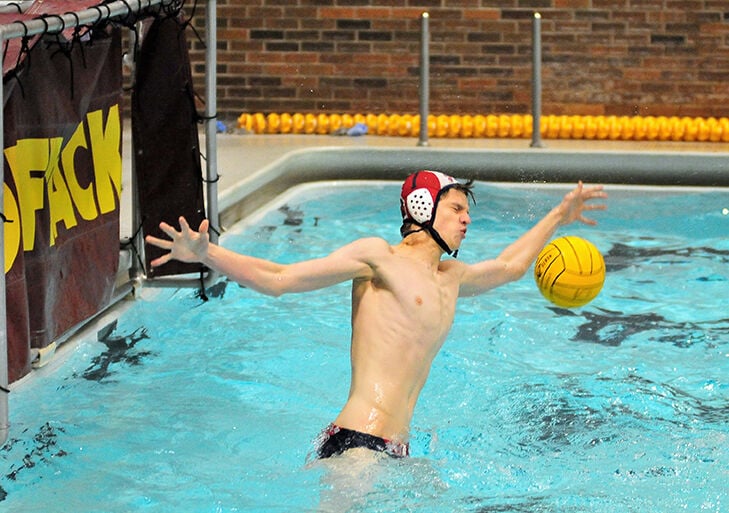 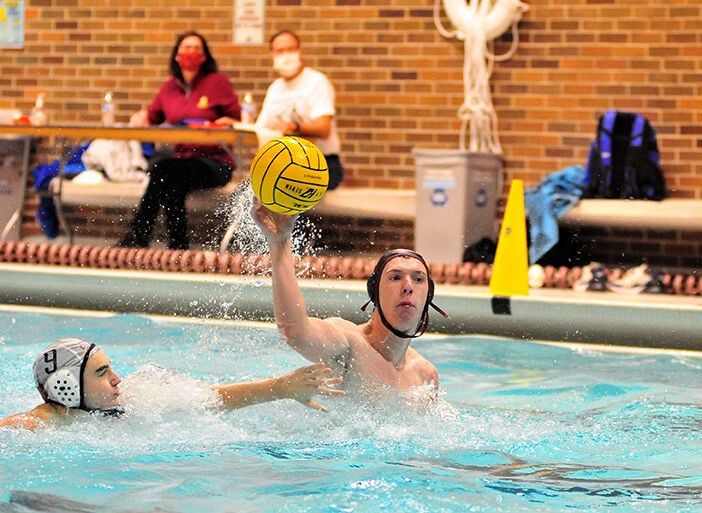 In the first few weeks of the season, Ryan and the Mustangs faced matchups against the state’s perennial top teams, including Fenwick, Lincoln-Way East, Stevenson and New Trier.

Nonetheless, the team accepted the challenge.

After a rough start to its season, St. Rita continues to bounce back with some big wins, including taking down host St. Ignatius 14-6 on April 21 at the UIC Natatorium in a Metro Catholic Aquatic Conference matchup.

It was the Mustangs’ fourth straight win after starting the season with 7 consecutive losses.

Junior Homer Olivares said the early defeats will pay big dividends in the second half of the season.

“We’ve got to learn when we lose and learn from that loss,” Olivares said. “We’re playing good teams, so the coaches have confidence in us that we can play them. We take that as a compliment, but we need to stay humble.”

The win against a previously undefeated St. Ignatius squad came courtesy of a balanced attack and a strong performance in the net.

“There will be moments where one player is going to shine, but it’s more about the team,” Ventura said. “It’s passing, getting the assist and getting the ball to the hole on sets and scoring. It’s more of a team effort. If all of us can score, it’s definitely going to help.”

St. Ignatius scored the first 2 goals of the game in the opening minutes, but St. Rita responded with a crazy string of 8 straight during a run that stretched into the fourth quarter.

With the Mustangs leading 4-2 late in the closing seconds of the second quarter, a head’s-up play from Ventura provided a big spark.

As the clock wound down, St. Ignatius goalie Josh Ortega held the ball to try a last-second shot from the length of the pool, but Ventura swooped in to make a steal.

With Ortega far from the net, Ventura’s shot before the buzzer extended the lead to 5-2.

“The goalkeeper can’t wave the ball around,” Ventura said with a laugh. “I saw my opportunity and took it, took the shot as well as I could.”

Ventura scored 3 straight in the third to extend the lead for good.

Like all spring athletes who lost their season a year ago due to the pandemic, the Mustangs are thrilled to be competing again.

However, for Ryan (Beverly, Christ the King) and his teammates, there’s a heightened sense of energy.

Last year, St. Rita had state championship aspirations with a senior class that had built its way up to a big season in 2020 only to see the spring schedule canceled due to the pandemic.

Now, the Mustangs want to pick up where they left off.

“It’s different for sure this year, but it’s just a different crew,” Ryan said. “We’re all helping each other in practice. We’re seasoned players. Some guys are new, but we’re becoming better players. Our young guys can improve in the game with us.”

St. Rita has four freshmen and two sophomores on the team.

“We have a bright future,” said Wolpack Coach Luis Martinez. “These younger players are slowly learning what it takes to win at this level. Having some early-season success has definitely helped. Games like today remind you that we still have a way to go to get where we need to be.”

The boys and girls water polo season will continue through May 29 and feature a postseason series, including a state championship to be hosted at Fenwick High School.

St. Ignatius has advanced to state in seven straight seasons dating back to 2013.

“I’m very grateful that we have a chance to compete,” Martinez said. “I know the boys are, too, to participate and compete and have a season. We’ve been waiting for this opportunity for a year and a half.”

Large studio apartment across from Metra