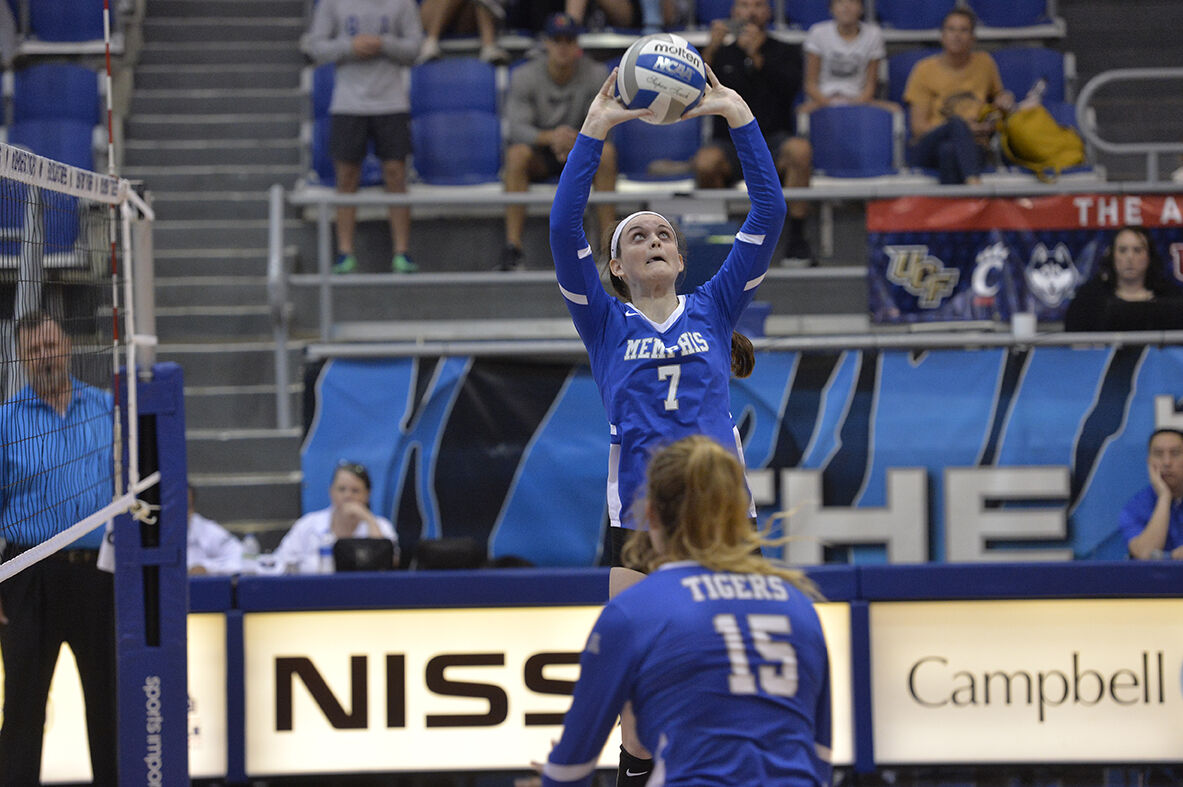 Marist graduate Molly Murrihy has transferred from Memphis to DePaul for her junior season. She is eligible to play immediately for the Blue Demons instead of sitting out a full academic year after transferring. (photo courtesy of Memphis Athletics) 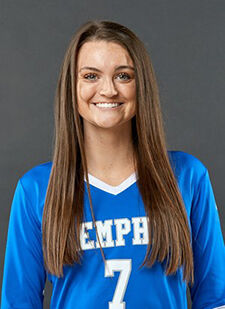 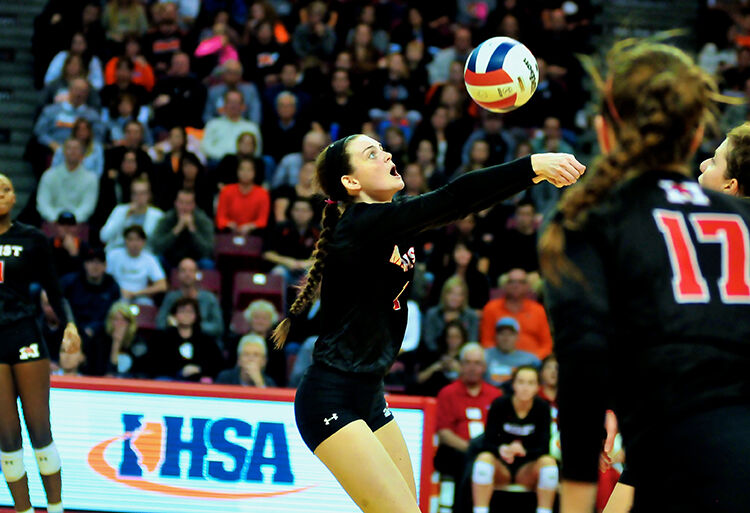 As the team’s starting setter, Molly Murrihy helped lead Marist to the 2017 Class 4A state championship. She is a Palos Heights resident. (Review file photo)

Marist graduate Molly Murrihy has transferred from Memphis to DePaul for her junior season. She is eligible to play immediately for the Blue Demons instead of sitting out a full academic year after transferring. (photo courtesy of Memphis Athletics)

As the team’s starting setter, Molly Murrihy helped lead Marist to the 2017 Class 4A state championship. She is a Palos Heights resident. (Review file photo)

She was back on the volleyball court, having fun and setting up her teammates for one gym-rattling kill after another.

Even though it was only practice and not matches, Murrihy knew she was where she belonged.

After a tough fall semester and season at the University of Memphis a year ago, Murrihy, a Marist grad, transferred to DePaul University at winter break.

Granted clearance by Memphis athletic department officials, Murrihy will be able to play volleyball with the Blue Demons for the upcoming fall season rather than be required to sit out a full year.

“It was such a relief,” Murrihy said. “I gained that love of the game back. I enjoyed going to practice and being with my coaches and teammates. It reminded me of being back at Marist where you’re having fun, but it’s competitive. You’re getting stuff done.”

Murrihy, a Palos Heights resident, graduated from Marist in 2018 and was the starting setter on the 2017 Class 4A state championship team.

However, after she graduated from high school, the Memphis volleyball program was going through some changes. The coach who recruited Murrihy, April Jauregui, stepped down from her position.

“I had a great year, and I loved my team,” Murrihy said. “But for my sophomore year, the coaches recruited their own setter. It wasn’t anything personal, but I figured my time was done.”

Relegated to the bench for her sophomore season, Murrihy, a 6-foot setter, tried to make the best of the situation.

She saw minimal court time, but she tried to be an energetic presence on the bench and, quite often, just lending an ear to her teammates.

“It really ate at me not being on the court because I knew I could make a difference,” Murrihy said. “I channeled that energy I would have used on the court and used it in other areas, helping and talking to teammates.”

NCAA rules require that a player transferring from one Division-I school to another must sit out for a full year from the transfer date.

Murrihy said the appeal to play in Chicago and have her family be able to watch her matches was a huge draw.

When she transferred over winter break, she was quickly back in the gym working with the Blue Demons during offseason training and conditioning.

First up, Murrihy needed to find that rhythm with her hitters. Where were they most comfortable? Where did they like the ball set? What were their strengths and weaknesses?

Not to mention, she had to shake off some rust after a tough fall.

“I was definitely a little nervous about that. Setting is all about tempo and connecting with your hitters,” Murrihy said. “I was setting hitters I’d never set before. They were all super helpful, and I found my rhythm in a couple days. We took off from there.”

The Big East Conference, which includes DePaul, announced on July 16 that the fall season will be played but with no nonconference games.

A decision has not been made yet regarding the fall sports conference schedules and championships.

This will be Coach Marie Zidek’s third year coaching the Blue Demons. Zidek is a Marian Catholic High School alum.

For Murrihy, she can’t wait for the chance to get those live matches going, wherever they are and whomever the team is facing.

“We have so much potential,” Murrihy said. “We have transfers coming in, some powerhouse freshmen, and we could have our best year as a team in a while. It’s been crazy this entire pandemic, so to feel normal again and start over, that’d be pretty surreal. We’re just focusing on hopefully playing again.”