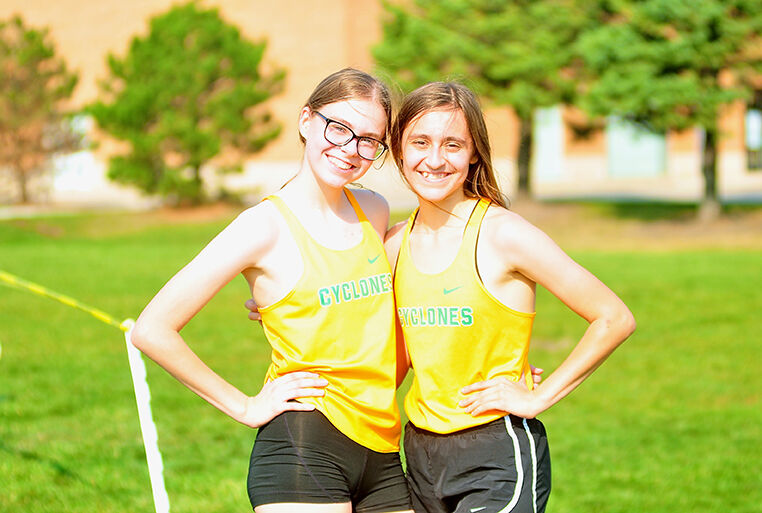 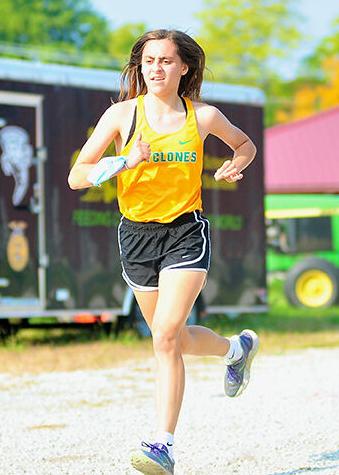 Senior Caitlin Bitunjac was a standout runner for the CHSAS cross-country team the last two seasons. She made school history in October by winning the program’s first individual regional championship. (Review file photo) 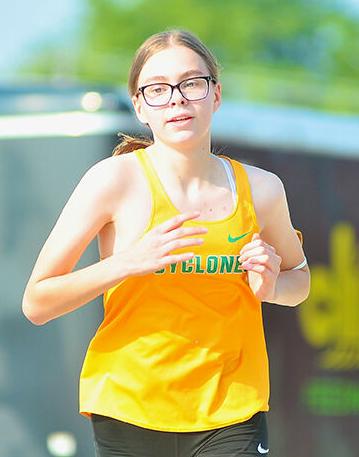 Freshman Madeline Bitunjac made an immediate impact on the CHSAS cross-country team in her first season running. She was a fixture at the front of the Cyclones lineup from meet to meet. (Review file photo)

Senior Caitlin Bitunjac was a standout runner for the CHSAS cross-country team the last two seasons. She made school history in October by winning the program’s first individual regional championship. (Review file photo)

Freshman Madeline Bitunjac made an immediate impact on the CHSAS cross-country team in her first season running. She was a fixture at the front of the Cyclones lineup from meet to meet. (Review file photo)

Caitlin Bitunjac had plenty of motivation for her senior cross-country season with the Chicago High School for Agricultural Sciences (CHSAS).

She joined the team as a junior, putting together a highly successful season in her first year competing in the sport.

She wanted to close out her final year strong, continuing to help the CHSAS program develop its identity.

On a personal level, she couldn’t wait to run with her sister, Madeline, a freshman athlete for the Cyclones.

“We go to practice together. We do everything together,” Bitunjac said. “It’s really nice because it’s more motivation. It’s nice to see her doing something because I pushed her to give running a try.”

The Bitunjac sisters and the Cyclones wrapped up a successful fall season on Oct. 31, running the typical state-meet course at Detweiller Park at the Class 2A Peoria Notre Dame sectional.

The sectional meet wrapped up the year as the Illinois High School Association opted not to host a state meet due to the current health crisis.

The meet marked the end of a standout two-year career for Bitunjac, who came out for the cross-country team after playing volleyball her first two years.

On Oct. 24, she won the CHSAS regional as an individual, the first individual regional championship in program history for girls and boys.

“Caitlin took off 37 seconds off her [personal record] this year,” Niemiec said. “It’s a great accomplishment considering she was often running in small races and didn’t have many runners on the course to push her. You don’t win those races unless you know how to run smart races.”

For the CHSAS senior though, her season wasn’t just leading the team on the course. She was also helping a young team gain a comfort level with a new sport, including her sister. The sectional lineup featured a senior, a junior and sophomore and four freshmen.

With Madeline, it started from the ground up this summer.

“Our first run, it was for 8 minutes,” Madeline said. “It was hard. I’d never really run before like that. Caitlin really pushed me to do well. Every time I see her run, it pushes me to want to do better.”

Madeline Bitunjac said she’s seen plenty of progress, both personally and all around the team.

“The whole team, we always talk about focusing on our times,” Madeline said. “We want to PR, do well and get a nice place as a team. Everyone has been doing good, especially the freshmen. They were good, but they’ve gotten a lot better. The team has grown.”

Helping lead the youngsters, Caitlin stayed positive with her teammates.

“Girls started at 30 minutes. Now it’s down to 24 minutes,” Caitlin said. “It’s amazing, and it’s because of the commitment. They want to be here. That helps. We all want to be here and motivate each other.”

It marks quite a turnaround from when Niemiec took over the program heading into the 2019-20 academic year.

“Those early days practicing, it was often just me, Caitlin and maybe one or two other kids,” Niemiec said. “Some practices it was just her. She made us immediately competitive in the Public League, and she’s been so much fun to coach because she cares so much.”

She knows she’s leaving the cross-country program in a good place.

“I’ve built a lot of amazing friendships,” Caitlin said. “This team has really grown. We have a lot of potential as a team. It’s easier when you have that push.”