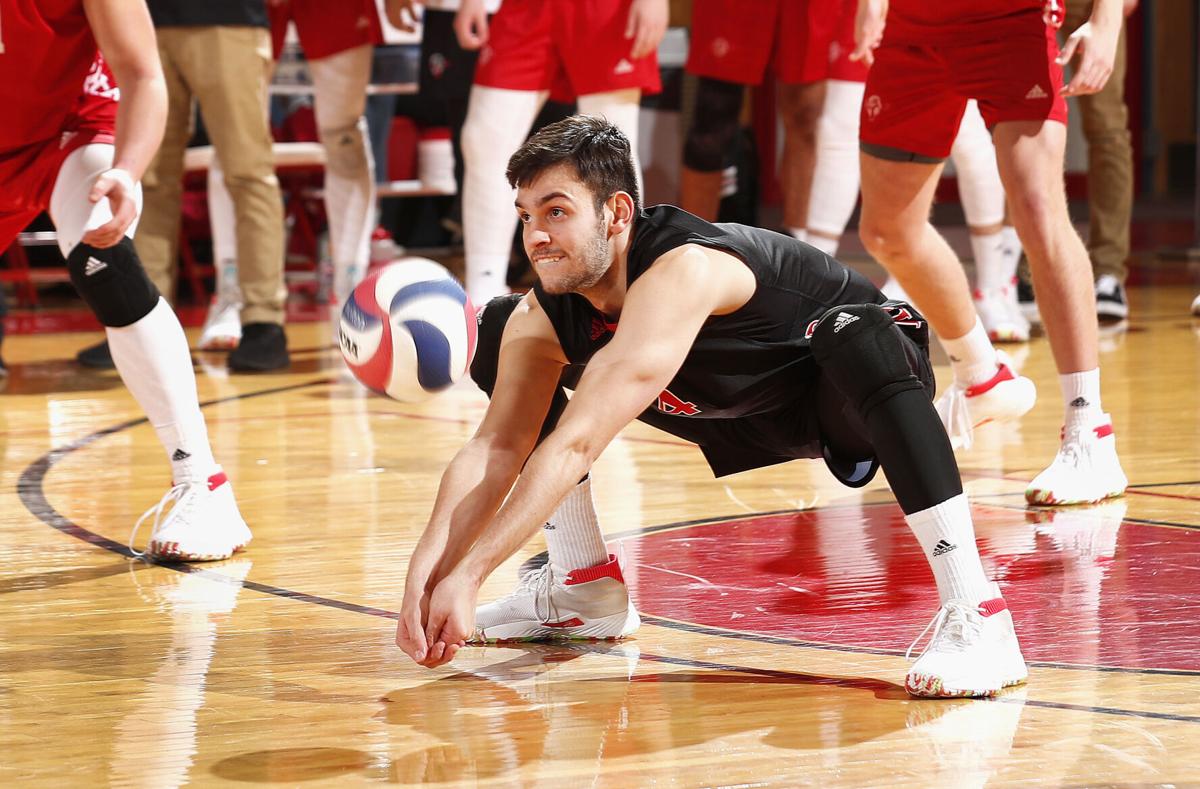 After a standout high school career at Marist, Marty Jepsen switched positions from outside hitter to libero for his freshman season at Lewis University. (photo courtesy of Steve Woltmann, Lewis Athletics) 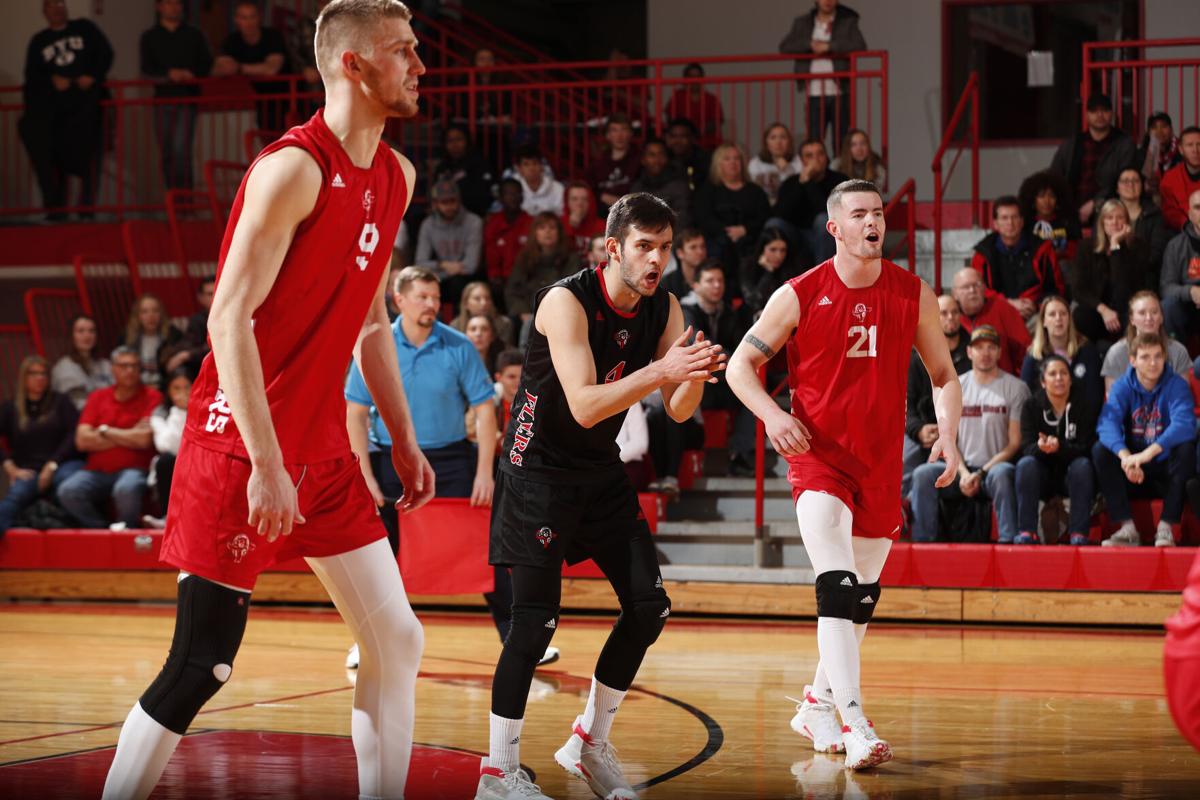 Playing in 16 matches as a freshman at national power Lewis, Marty Jepsen piled up 77 digs, including 11 each in matches against George Mason and McKendree. (photo courtesy of Steve Woltmann, Lewis Athletics) 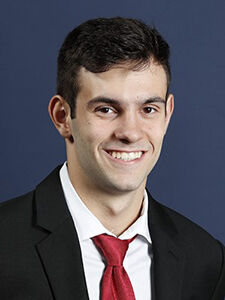 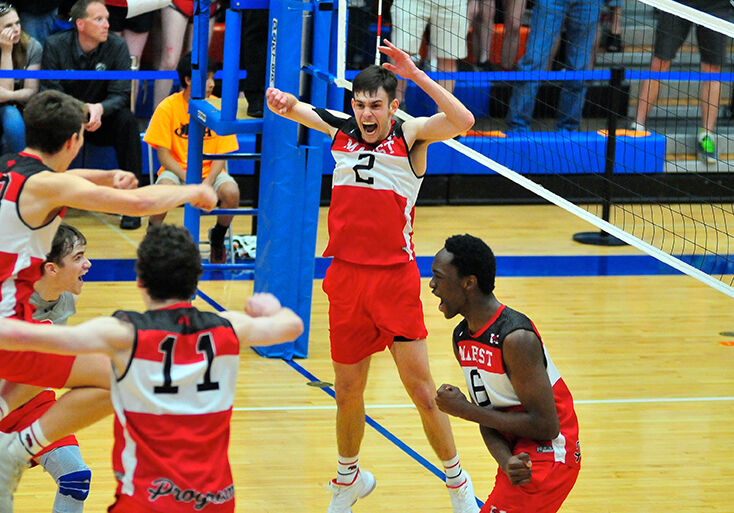 Marty Jepsen, a 2019 Marist grad, powered the RedHawks to the state championship in 2019, including slamming home the match-winning kill. (Review file photo)

After a standout high school career at Marist, Marty Jepsen switched positions from outside hitter to libero for his freshman season at Lewis University. (photo courtesy of Steve Woltmann, Lewis Athletics)

Playing in 16 matches as a freshman at national power Lewis, Marty Jepsen piled up 77 digs, including 11 each in matches against George Mason and McKendree. (photo courtesy of Steve Woltmann, Lewis Athletics)

Marty Jepsen, a 2019 Marist grad, powered the RedHawks to the state championship in 2019, including slamming home the match-winning kill. (Review file photo)

Marty Jepsen proved time and time again during his high school career at Marist that he was not just a powerful outside hitter.

Sure, he could slam a kill with the best in the country, but he could also serve up a wicked ace, block at the net and dig out an opponents’ hit as a back-row defender.

His all-around game proved incredibly valuable for Jepsen as he made a position change this past winter from outside hitter to libero in his freshman year at Lewis University.

“I definitely talked with [Coach Dan Friend] about it throughout the recruiting process,” Jepsen said. “We talked about making the switch. I worked with our liberos and defensive specialists. Coach Friend is a great coach. He wants every player to fit in with the program and know their role.”

Jepsen, a Beverly resident and Christ the King Elementary School graduate, was a star player for Marist in his three-plus years on varsity.

A go-to hitter for the RedHawks, Jepsen was one of the most feared hitters in the state, including hitting the state championship-clinching kill. However he was far from a one-trick pony.

His all-around defensive ability was also put to good use with the Flyers.

Upon arriving at Lewis last year, one of the premier Division-I programs in the country, Jepsen officially made the switch from hitter to libero.

“It was a pretty cool experience. I’ve played outside hitter the majority of the years I’ve played,” Jepsen said. “I had to find a new niche in the game I love. It was definitely different.”

Playing in 16 of Lewis’ 19 matches, Jepsen was an immediate contributor. He piled up 77 digs, including 11 digs each in matches against George Mason and McKendree.

Jepsen knew he needed to switch things up.

“It’s still volleyball whether you’re at outside hitter or libero,” Jepsen said. “Guys are a foot taller than me. They’re hitting 20 miles per hour faster than what I saw in high school. It’s faster; they hit harder; they’re taller and jump higher. It was not going to set me back.”

It was not just physical ability for Jepsen; it was a mental change and becoming more of a technical player.

“These players are so quick. You’ve got to get down low and ready,” Jepsen said. “It’s reading the game more, watching film, making the game slow down, scouting more and putting in that extra work.”

Marist Coach Jordan Vidovic is a Lewis alum and a former star setter for the Flyers, and he said Jepsen was in the gym throughout summer 2019 preparing for everything he would see at the D-I level.

“Lewis’ schedule, that’s big-boy volleyball. They’re playing the best of the best in the country,” Vidovic said. “With a program like Lewis, it can be tough to get on the court at practice to scrimmage, let alone being on the depth chart to play Brigham Young University.”

Practicing at Marist with Jepsen, Vidovic lowered the net to the girls’ height. He brought in the biggest hitters he could find. For serves, he moved halfway up the court and started ripping away at Jepsen.

“It really is that technical part of playing defense,” Vidovic said. “College volleyball is a different experience. It can take a full year just to get adjusted.”

Looking back on his freshman year, Jepsen said there was good and bad. He was starting to find a groove as the season developed.

Lewis was 15-4 and 6-1 in Midwestern Intercollegiate Volleyball Association (MIVA) action when the conclusion of the season was canceled due to the COVID-19 pandemic in March.

With much of the team expected back for the spring 2021 season, hopes are high for the Flyers.

“We have some great leaders and great team chemistry. We want to continue to have success,” Jepsen said. “We want to win a MIVA title and win a national title. We know it won’t be easy.”

Jepsen is always working to improve. He’s in the gym as often as possible, but he’s also working on staying confident while he’s playing. One bad read or a dig out of bounds won’t throw him off. He’s staying keyed in on each play.

“The more I did [last year], the more I was able to read the game better,” Jepsen said. “I just want to win and help the team win.”

As for his ability to put down a kill, he did get his chance.

For his freshman season, Jepsen finished with 1 kill in a January match against Urbana.

“I dug a ball out on our side, and there was a miscommunication on their side,” Jepsen said. “There was no swing back. It fell in and landed.”

He’ll take it. As Jepsen said with a laugh, “Every point counts.”