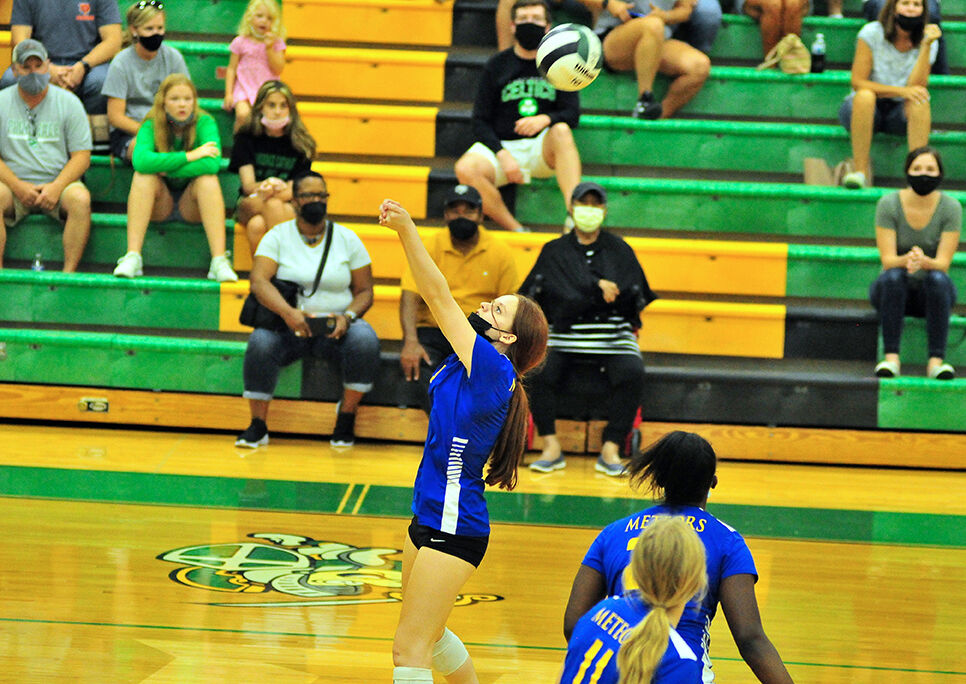 De La Salle sophomore Haley Chavez fires the ball over the net in a conference match at Providence. Chavez is in her first varsity season for the Meteors but watched her older siblings, Rebecca and Matthew, play for the De La Salle volleyball programs. (Review photo) 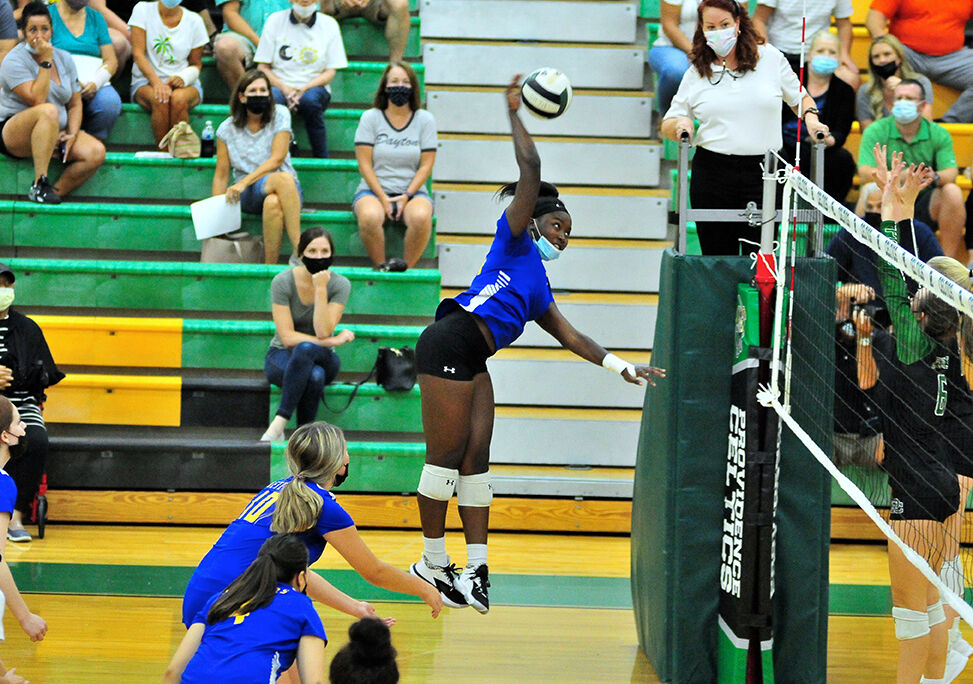 De La Salle senior Zoe Watts rips a kill in the first set against Providence Catholic. Watts finished with 3 kills and an ace in the loss. (Review photo) 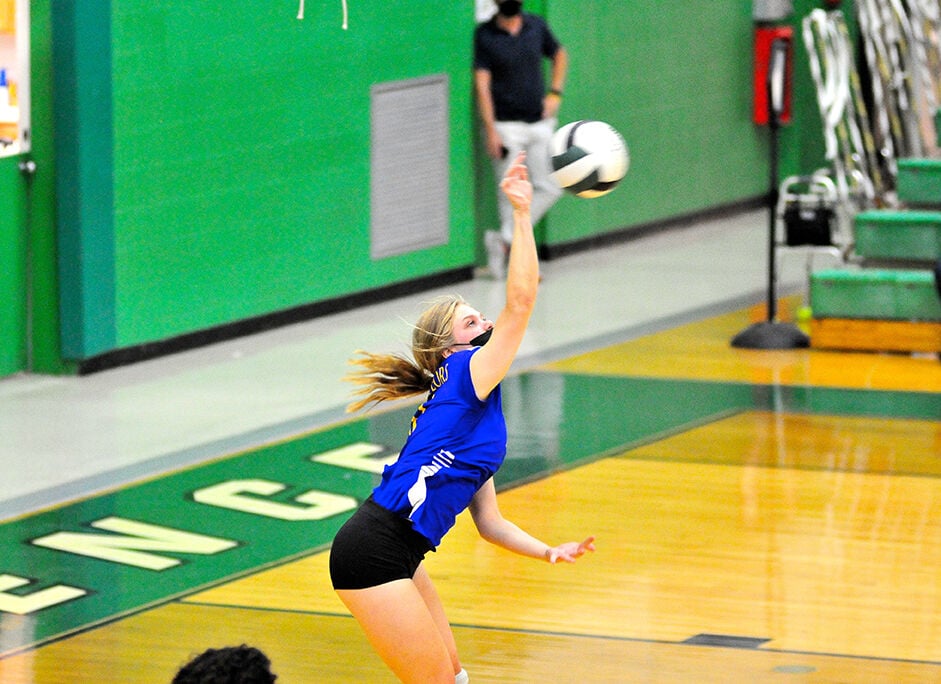 De La Salle sophomore Haley Chavez fires the ball over the net in a conference match at Providence. Chavez is in her first varsity season for the Meteors but watched her older siblings, Rebecca and Matthew, play for the De La Salle volleyball programs. (Review photo)

De La Salle senior Zoe Watts rips a kill in the first set against Providence Catholic. Watts finished with 3 kills and an ace in the loss. (Review photo)

After playing on the junior-varsity team last year as a freshman, De La Salle sophomore Haley Chavez was ecstatic to find out after tryouts that she had made the varsity team.

Over the last month, she’s made the most of her varsity debut, helping the Meteors to a hot start.

However, Chavez isn’t the normal sophomore up on the varsity. She is quite familiar with the De La Salle volleyball program, watching her older siblings, Rebecca and Matthew, play for the Meteors over the years.

Rebecca Chavez, a 2019 De La Salle grad, is in her junior year at Wisconsin Lutheran College in Milwaukee, and Matthew Chavez, a 2021 grad, is a freshman setter at the Milwaukee School of Engineering.

Haley Chavez has been around the school for a long time.

“I’ve probably been going to De La Salle games since third grade,” Chavez said with a laugh. “I found out I’d made the varsity after tryouts this summer. It’s really fun to be up playing at a higher level with these girls. I think our team is very good.”

De La Salle led 13-6 midway through the first set and then led 23-21 and 24-23 but couldn’t close out the match. On set point, the Meteors committed 3 straight errors to give Providence the win.

The momentum rolled over for the Celtics into the second half. Up 12-10, Providence rattled off a crazy 12-0 extended run with junior Natalie Papes dominating from the service line.

A Chavez kill finally halted the run, along with a Providence error, but the Celtics closed out the quick 2-set win with a Kylie Williams kill.

“The mentality wasn’t there today,” Watts said. “You can say you want to win, but you have to show it. We had a little bit of a breakdown in serving and serve-receive. We still could have salvaged it. We needed to let it go and come into the next set and win.”

The GCAC-Red opener came after the Meteors had put together a hot start to the season with a 7-2 overall record.

Competing in one of the strongest conferences in the state, De La Salle still has GCAC-Red matchups remaining with Mother McAuley, Loyola Academy, Montini, Resurrection and St. Ignatius.

Although the Meteors were disappointed with the loss, Watts said the defeat could have been a timely wake-up call.

Similar efforts won’t succeed going forward against some of the state’s best.

“It was a rude awakening, especially for the girls who haven’t played our conference matches on the varsity. It can help us,” Watts said. “We know what to look forward to in another match. It’s different when you get to those conference matches. It’s not must-win, but there is some pressure.”

Watts, Jones and sophomore Jennifer Falk are the team captains.

De La Salle finished second on Sept. 18 at the Oak Lawn Tournament, losing to Lincoln-Way West in the championship match.

The Meteors defeated Portage, Argo, Stagg and Lincoln-Way Central to reach the championship.

Watts was named to the All-Tournament team.

With a ton of volleyball still to be played, Chavez is confident the Meteors will regain a winning rhythm following the Providence match.

“I feel like we’re working well as a team,” Chavez said. “Even when we’re not on the court, we’re still talking to each other and everything. We’re all getting on the same page.”