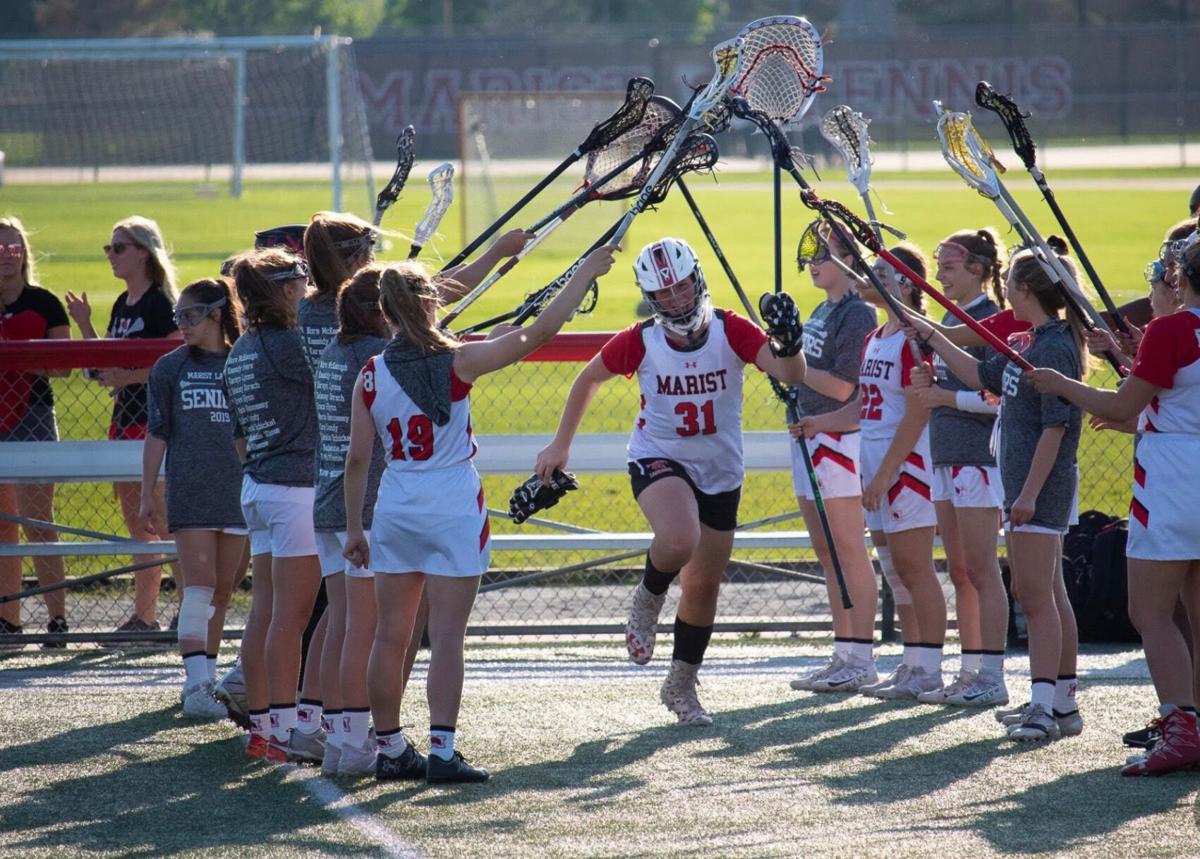 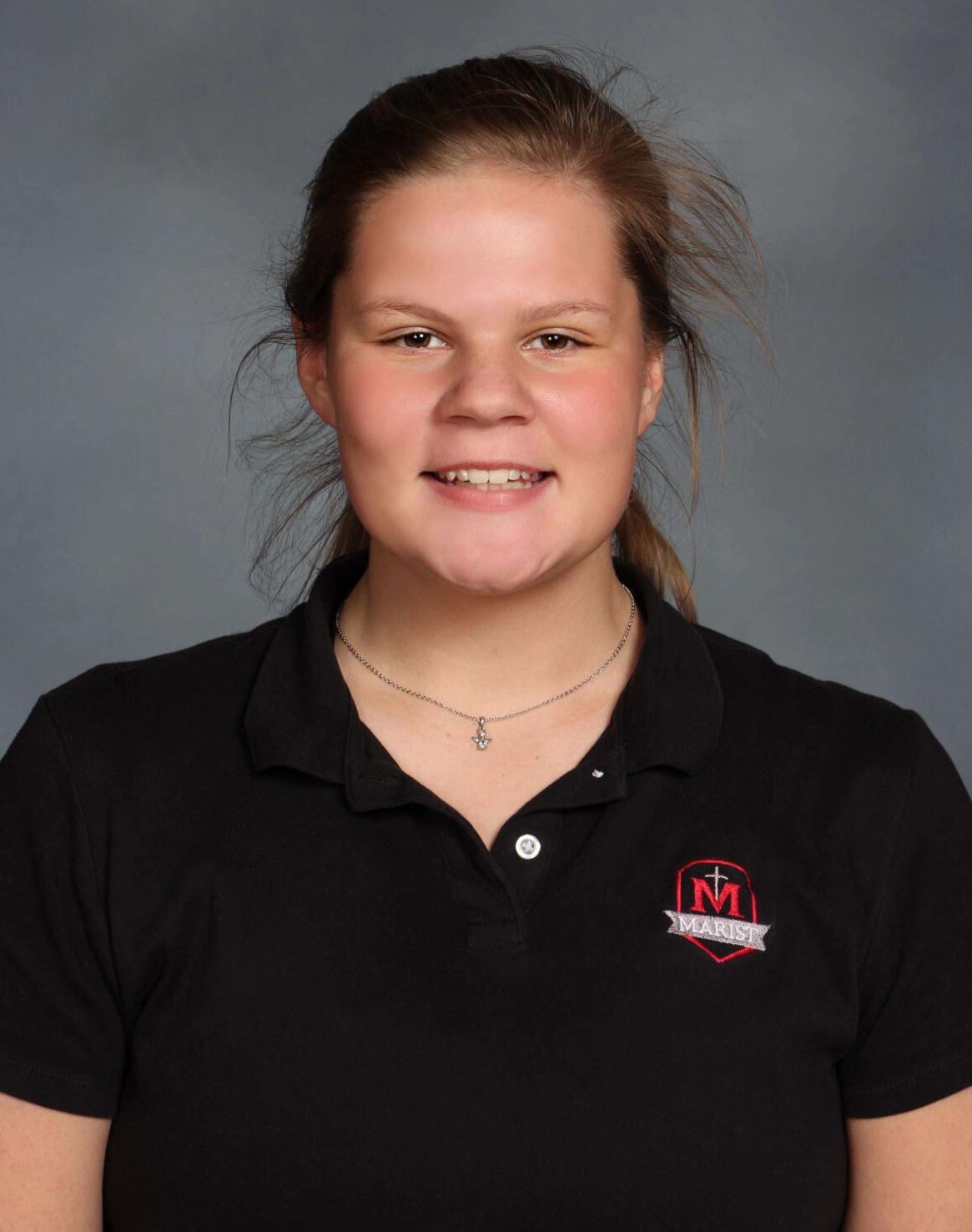 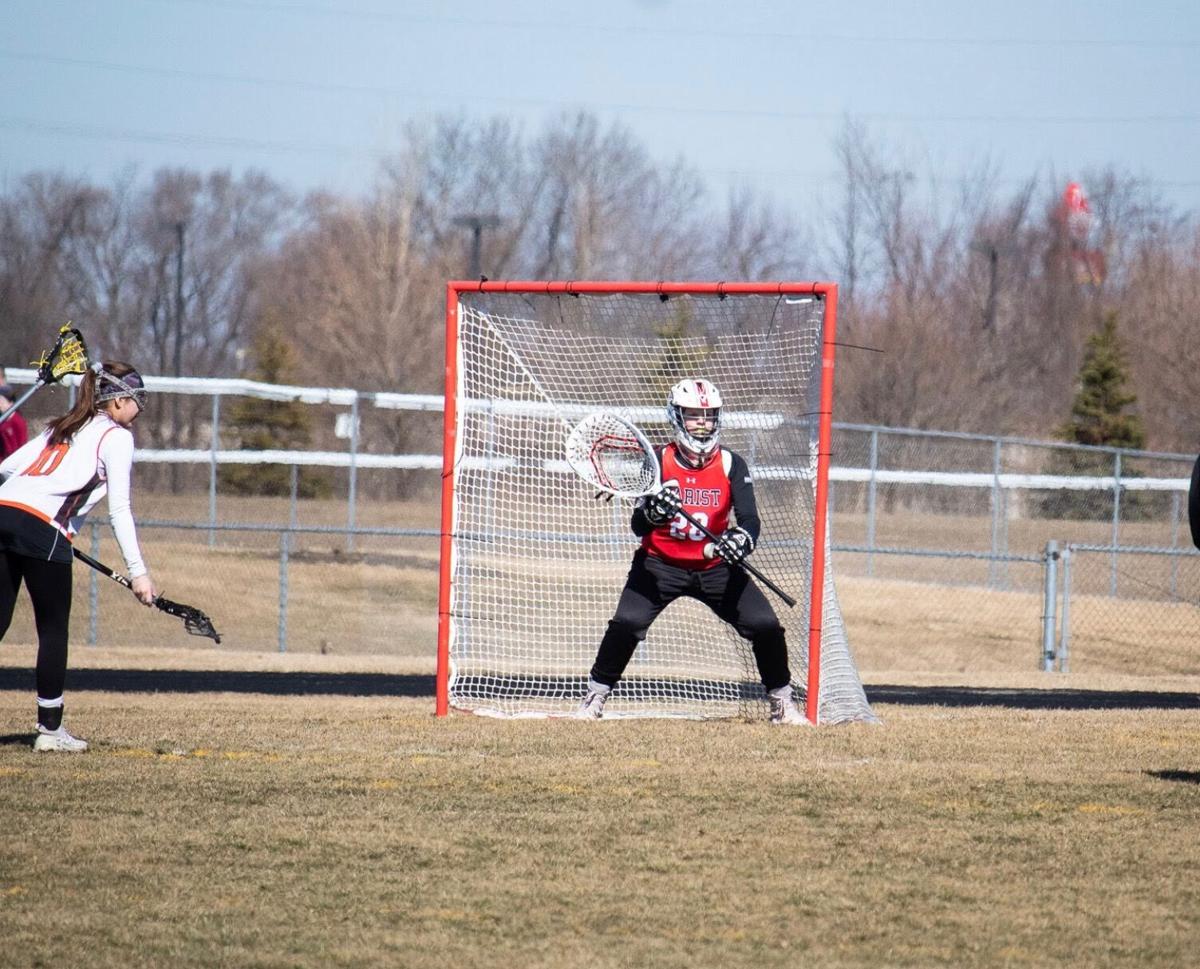 Marist goalkeeper Maddie Drebing defends a free shot during a game in her freshman year. Drebing, now a junior, immediately took over the starting goalie spot as a freshman. (photo courtesy of Jose Colon)

Marist goalkeeper Maddie Drebing defends a free shot during a game in her freshman year. Drebing, now a junior, immediately took over the starting goalie spot as a freshman. (photo courtesy of Jose Colon)

Looking to get her name out there on the recruiting circuit, Marist lacrosse goalie Maddie Drebing sent out e-mails to some top college programs.

The list included North Carolina, Michigan, Notre Dame, Northwestern and Duke. One school responded saying they weren’t looking for goalies. She didn’t hear back from three.

However, one school did respond: Duke University. The Blue Devils were interested.

“It was a dead period in NCAA recruiting, so no face-to-face meetings are allowed,” Drebing said. “You can do Zoom calls, phone calls. [Duke Coach Kerstin Kimel] said that she wanted to offer me a scholarship, but to take my time and let me know my answer.”

It didn’t take long for Drebing to decide.

Drebing, a junior goalkeeper for Marist, verbally committed on Dec. 17 to continue her academic/athletic career at Duke.

Marist Coach Jose Colon was thrilled to hear the news.

She first started playing lacrosse, one of the fastest growing sports in the country, when she was 9.

But, it wasn’t with a girls club team. Drebing played on boys teams. She ultimately switched over to a girls team for her 13U season.

“I didn’t start right away at goalkeeper. I sprained my ankle pretty bad, and a coach said, ‘Let’s see what you can do in goal,’” Drebing said. “I fell in love with playing goalkeeper. We were winning every tournament we played in. It just clicked for me.”

In her first year at Marist two years ago, Drebing immediately grabbed the starting goalkeeper position. She was named to the East Suburban Catholic Conference All-Conference team.

Colon weighed his options in deciding if Drebing could be a starter on the varsity, but he chose to put the talented freshman on the roster.

“My daughter, Gabby, played as a freshman on varsity,” Colon said. “Playing at the high school level, some freshmen have the physical ability to play. The mental and social side can be tougher.”

Colon said he was convinced that Drebing was ready to make the jump, physically and mentally. He even took practice shots on her before games and at practices to get her ready.

Colon was a high school All-American player for Jamaica High School in New York and went on to win a national championship at Farmingdale Community College.

“It’s tough to be a goalkeeper. We want Maddie to see shots from a high level,” Colon said. “We saw the ability. At 5’11”, she has great size for a goalie. As a scorer, you try to find room [in the goal] against her. Maddie has great hands and great instinct to have that goalie mentality. She can forget that last goal and move on from there.”

Drebing lost her sophomore season last spring to the pandemic.

However, she stayed busy as best she could with her dad, Rick, and her older brother, Griffin, firing shots at her so she could stay as sharp as possible.

“My family has helped a ton,” Drebing said. “My dad took some shots, and my brother has been a huge help. It helps keep you ready, keeps your hand-eye coordination ready, and it keeps me motivated.”

Things did return back to normal a little bit this fall as Drebing and her Lakeshore Lacrosse teammates were able to travel to several out-of-state tournaments, including competitions in South Bend, Indianapolis, Tampa Bay and Maryland.

Drebing said just getting back to some workouts this fall with her Marist teammates was huge, even just for the mental boost.

“Oh my gosh, from the quarantine in March to not being able to play [for months], it was awful,” Drebing said. “We couldn’t see our teammates. A couple workouts at Marist this fall, that helped out. You try and improve your fundamentals, work on your grades, stickwork and keep each other motivated.”

The high school lacrosse season is scheduled to start in mid-March and continue into June. The schedule could change in the coming weeks when the Illinois High School Association releases a new plan for the remaining sports schedules.

Whenever the season starts, Drebing can’t wait to get back in goal.

“Playing defense is so much fun. You’re protecting your goal but having fun,” Drebing said. “I love proving people wrong, and it’s such a fast-paced game. It’s always a learning experience, getting a new challenge against a new shooter. It always keeps you on your toes.”