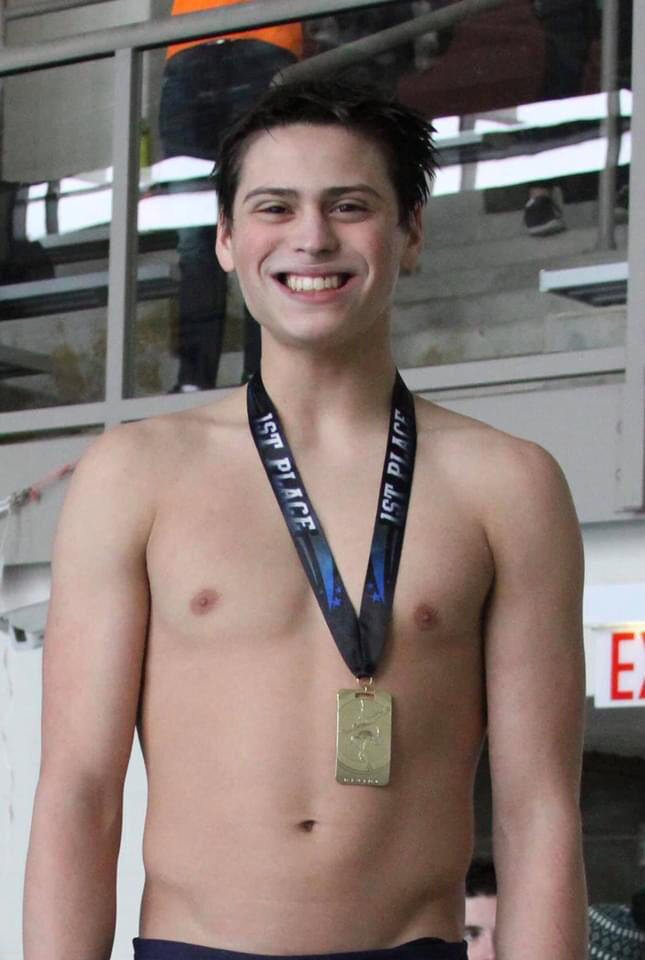 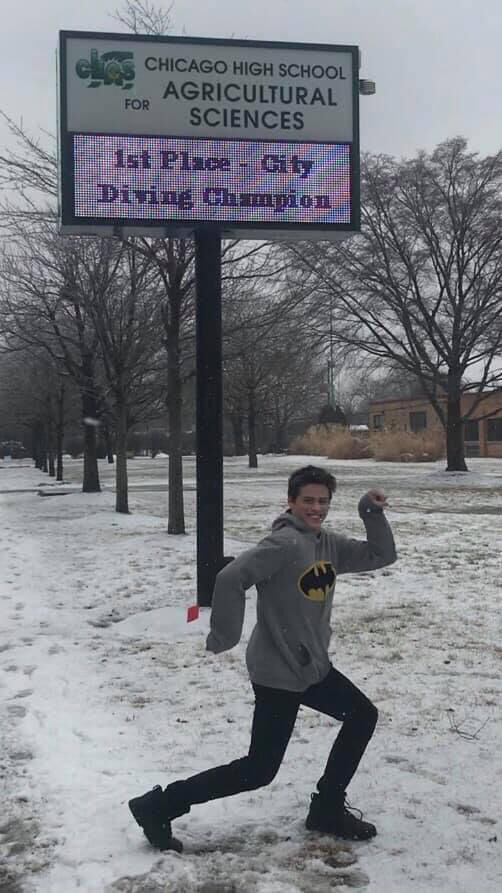 Chicago Ag School diver Jacob Wasserman enjoys a moment at the school’s marquee showing off his third straight city championship in the diving competition. (photo courtesy of the Wasserman Family) 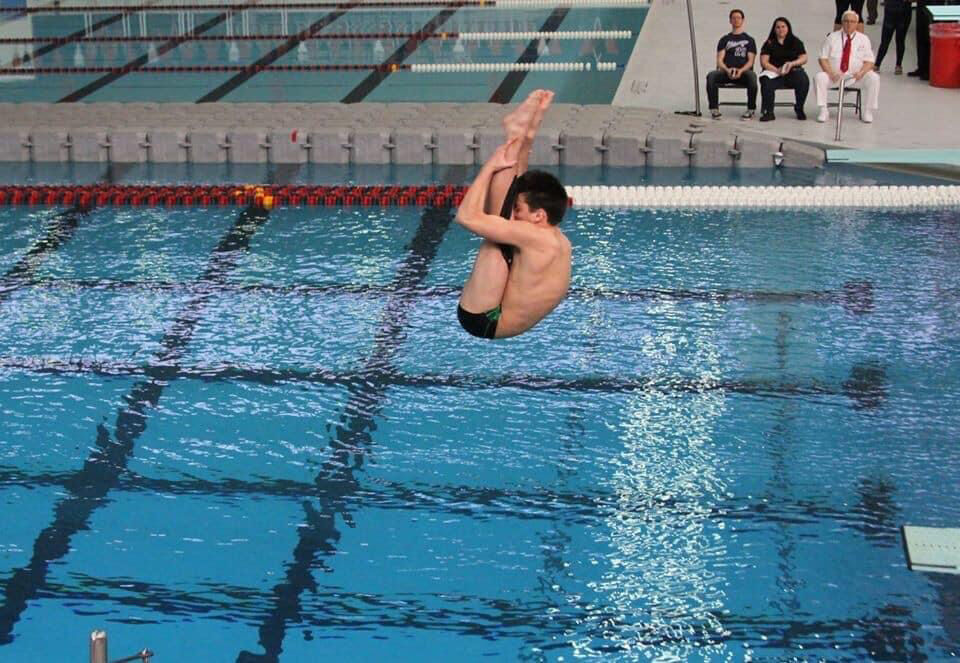 Chicago Ag School diver Jacob Wasserman enjoys a moment at the school’s marquee showing off his third straight city championship in the diving competition. (photo courtesy of the Wasserman Family)

He wracked up 259.80 points to run away with the title in the four-man field of the meet held at Northside College Prep.

The championship was his third in a row, after winning the title as a sophomore and junior—not too bad for a diver who discovered the sport almost by accident.

“I first started diving my freshman year. I’d been a gymnast before that,” Wasserman said. “I was messing around on the diving board at an open pool at school. One of the lifeguards said why not try out for the swimming and diving team. I did, and I’ve been diving for the last four years.”

CHSAS Coach Mitch Condon said he’s been consistently impressed with Wasserman’s performance, especially through a season marred by the pandemic.

In the Cyclones’ handful of regular-season duals, its opponents did not have divers, meaning that Wasserman competed against himself in achieving the best score possible. Condon said the city meet was a welcomed change for his diver.

“The city meet was a great opportunity to go against somebody, anybody,” he said. “You’re competing against yourself. You know it might have been a good dive, but you’ve got to do better.”

For Wasserman, just competing at the city meet was worth it.

A short winter season was in doubt into February, and the possibility of a city meet being hosted wasn’t decided until the week before the scheduled March 13 competition.

“I remember texting Coach Condon at one point, ‘Hey, are we going to have a season?’” Wasserman said. “I just didn’t know. By February, you start thinking if there is even going to be time to do it. When we heard the swim season was back on, I was really excited.”

Wasserman said the biggest transition over the last four years going from gymnastics to diving was a basic, technical adjustment.

In gymnastics, an obvious goal is to stick the landings. In diving, he had to switch things up, using his head and not his feet.

“It’s just a different aspect to the sport, not landing on your feet,” Wasserman said. “It was a big challenge, but things fell into place pretty quickly. It was pretty easy to get used to.”

It didn’t take Wasserman long to realize how much he loved his new sport.

“I was still in gymnastics my freshman year,” Wasserman said. “I saw that I liked diving a lot more. I had a great potential for it, and diving seemed much more fun. I wanted to try something new, so I stuck with diving and stopped gymnastics after my freshman year.”

From Condon’s perspective, Wasserman gain confidence with each passing season.

More than just a gifted athlete, Wasserman also understood the technical aspects of the sport and performed dives of a higher degree of difficulty.

“With his gymnastics background, Jacob was very precise on different dives,” Condon said. “His degree of difficulty was far superior to some other divers. He can do a dive, know if he messed up and fix it. Jacob understands his own ability so well.”

After the swim/dive season ended, Wasserman quickly transitioned to another new sport by joining the CHSAS water polo team.

Wasserman doesn’t plan to compete in college. He will attend St. Louis University and pursue a degree in mechanical engineering.

“I decided to do water polo this season. It’s a completely new sport to me,” he said. “It’s been fun getting used to the rules and the plays. I’m enjoying it. Having a diving season, it was really fun and a great experience.”