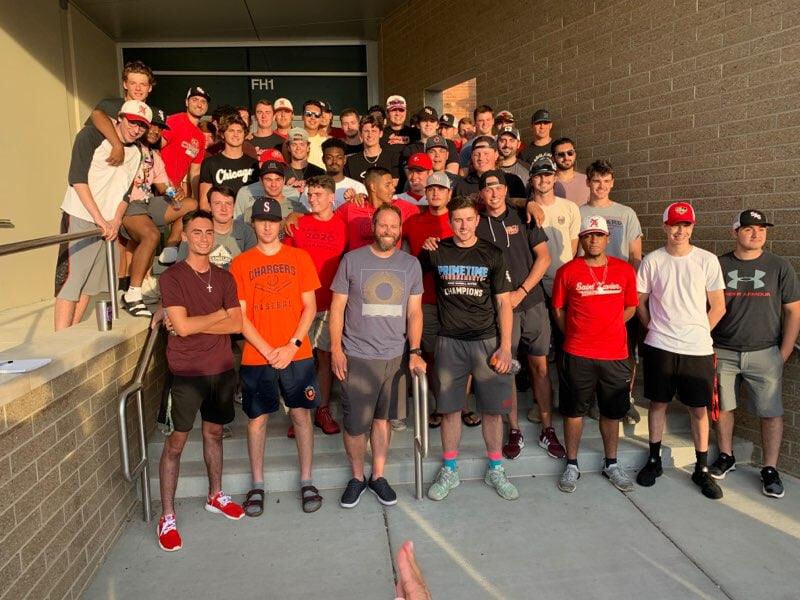 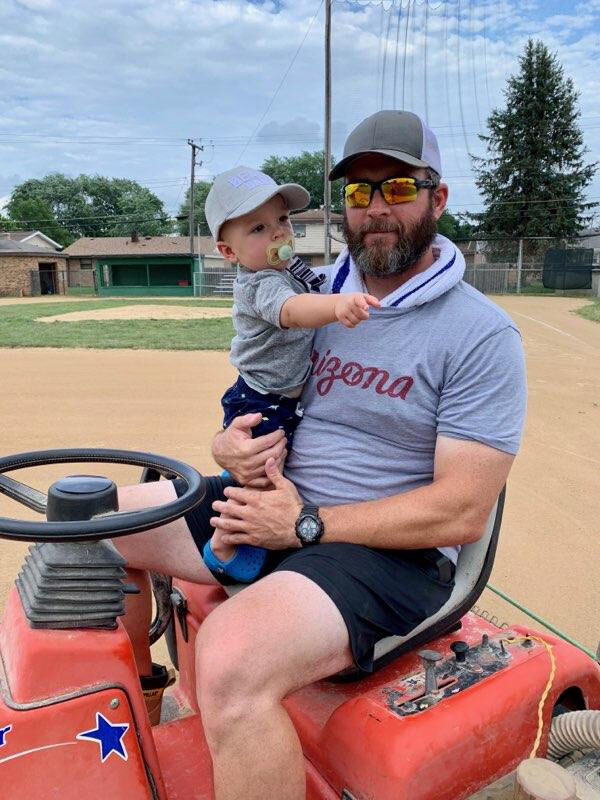 The new director of parks and recreation for the Village of Crestwood, Rocco Mossuto takes a break from his pregame routine of tending to the fields to enjoy a picture with his 1-year-old son, Enzo. (photo courtesy of Rocco Mossuto)

The new director of parks and recreation for the Village of Crestwood, Rocco Mossuto takes a break from his pregame routine of tending to the fields to enjoy a picture with his 1-year-old son, Enzo. (photo courtesy of Rocco Mossuto)

Rocco Mossuto had his future as a baseball coach laid out in front of him.

Coaching at his alma mater, St. Xavier University (SXU), since he was hired in 2014, Mossuto envisioned coaching the Cougars for a long time. He pictured being in the SXU dugout until he retired.

Then, in late June, Mossuto was fired from the head coaching position.

“I’m still shocked in a way,” Mossuto said recently. “When it happened, I believed I’d be at SXU until I retired. It’s just one of those things. A new administration comes in with new ideas. It’s tough because I believed I was doing things the right way.”

Mossuto, a 2003 SXU grad, took over the Cougars program in 2014 when longtime Coach Mike Dooley retired after 22 seasons. He worked as an assistant for four years on Dooley’s staff before taking over as head coach.

In six seasons, including a coronavirus-shortened 2020 campaign, Mossuto compiled a 138-139 record, including two appearances in the National Association of Intercollegiate Athletics (NAIA) tournament (2016, 2019).

The Cougars went 34-17 in 2019, advancing to the NAIA tournament where they lost 2 one-run games.

With much of the 2019 squad back this past spring, hopes were high for SXU for the 2020 season.

“We had probably the best team on paper in the conference,” Mossuto said. “This could have been our year.”

Instead the season came to an unexpected end when the current health crisis caused the NAIA to cancel all spring sports. SXU won its last game of the year, defeating Lincoln Christian University 24-1 in seven innings.

For Mossuto, it was his last game with the Cougars.

“Having [assistant coaches and friends] Matt Van Mill and Ryan Gyrion with me those games, that was special,” Mossuto said. “We didn’t know that March game was going to be our last game together. Coaching again, it was nice to get back to some sort of normal, whether it was young guys in Joliet or guys I’d recruited and knew with Southland and other teams in the league.”

Mossuto was named the director of parks and recreation for the Village of Crestwood this summer.

He’s thrown himself into his new job, working to set up a variety of programs for the village, albeit in a pandemic that limits what he can do.

However, the main goal is simple; Mossuto wants to provide a long list of baseball and softball leagues starting in 2021, from youth through high school and college-age athletes to adult leagues. Nothing is set in stone, but he’s excited for what’s next.

As for returning to the dugout, he’s not ruling it out down the road.

For now, he’s just enjoying his new job and spending as much time as possible with his wife, Andrea, and his 1-year-old son, Enzo.

“Crestwood has given me this great opportunity. They took a chance on me,” Mossuto said. “I’ve always been big on loyalty. I’m providing for my family and working with kids and sports. I don’t take that lightly.”

We Want Your Old Car!