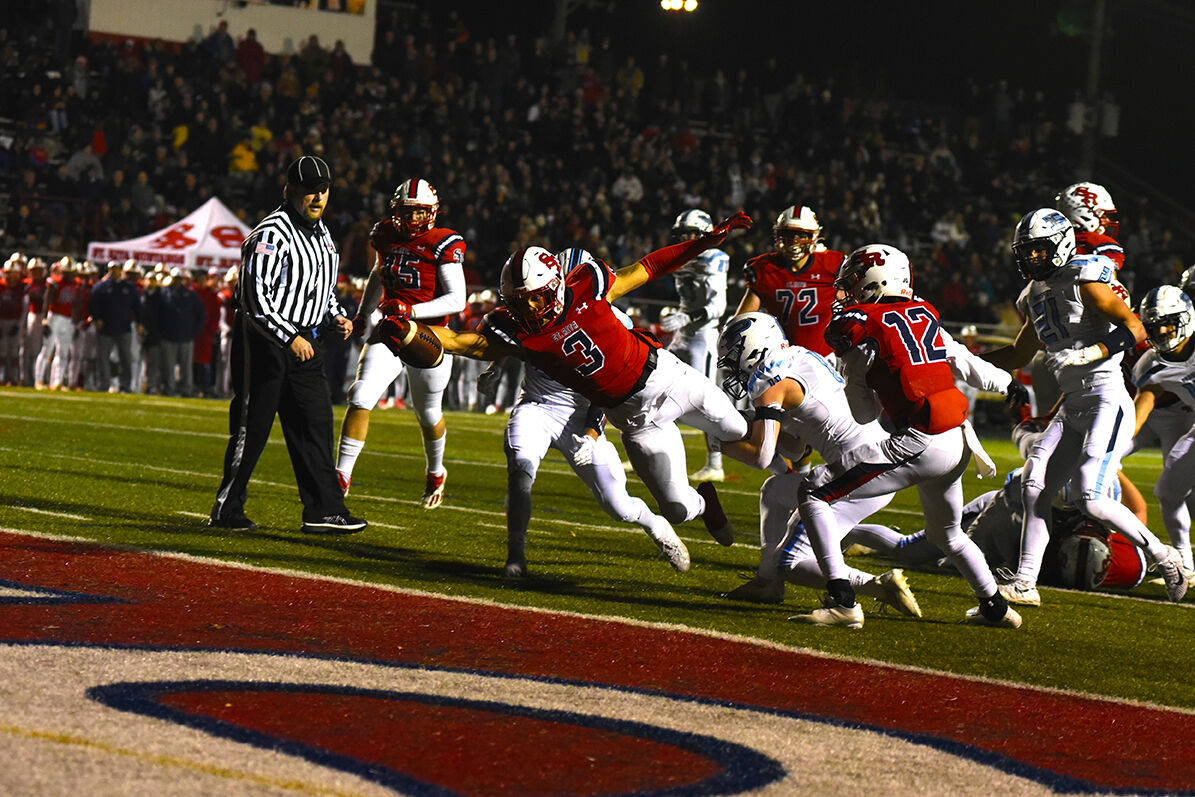 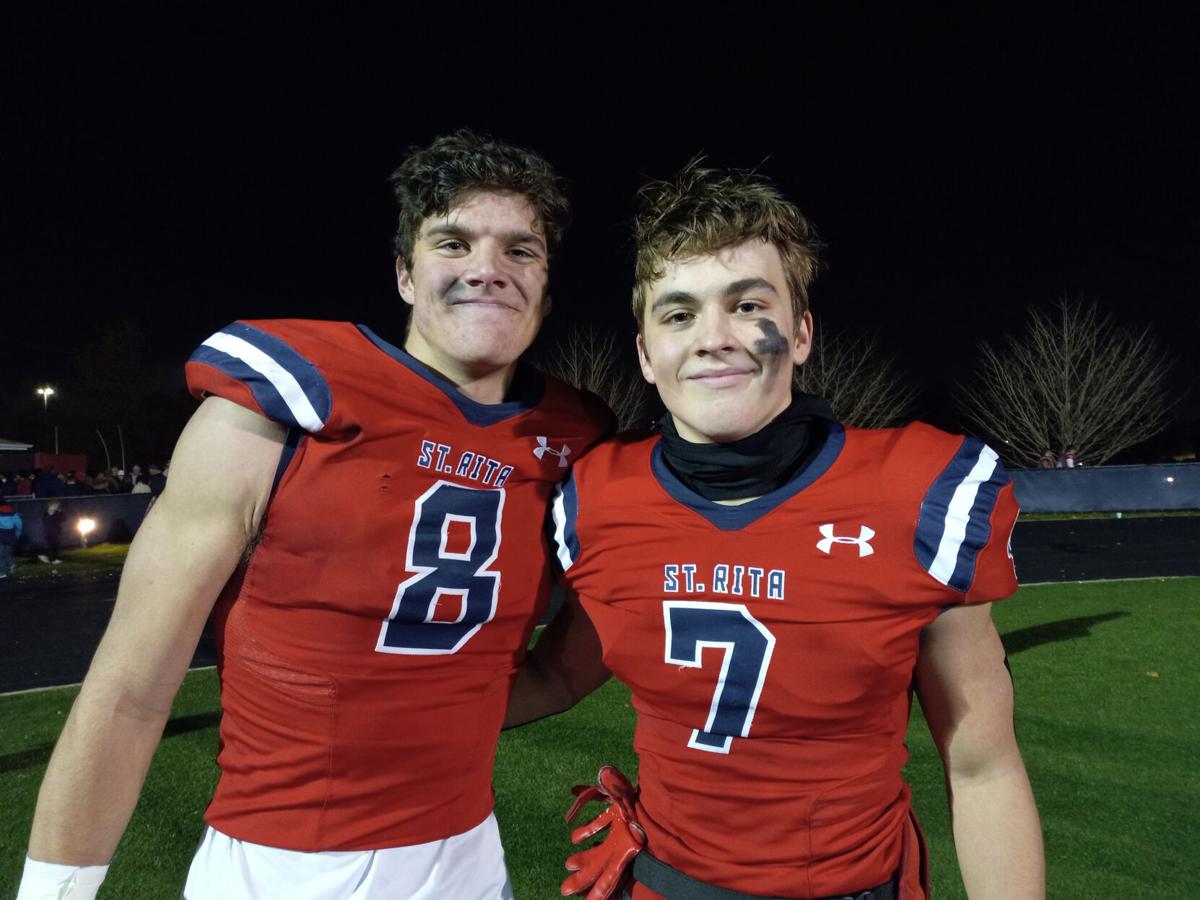 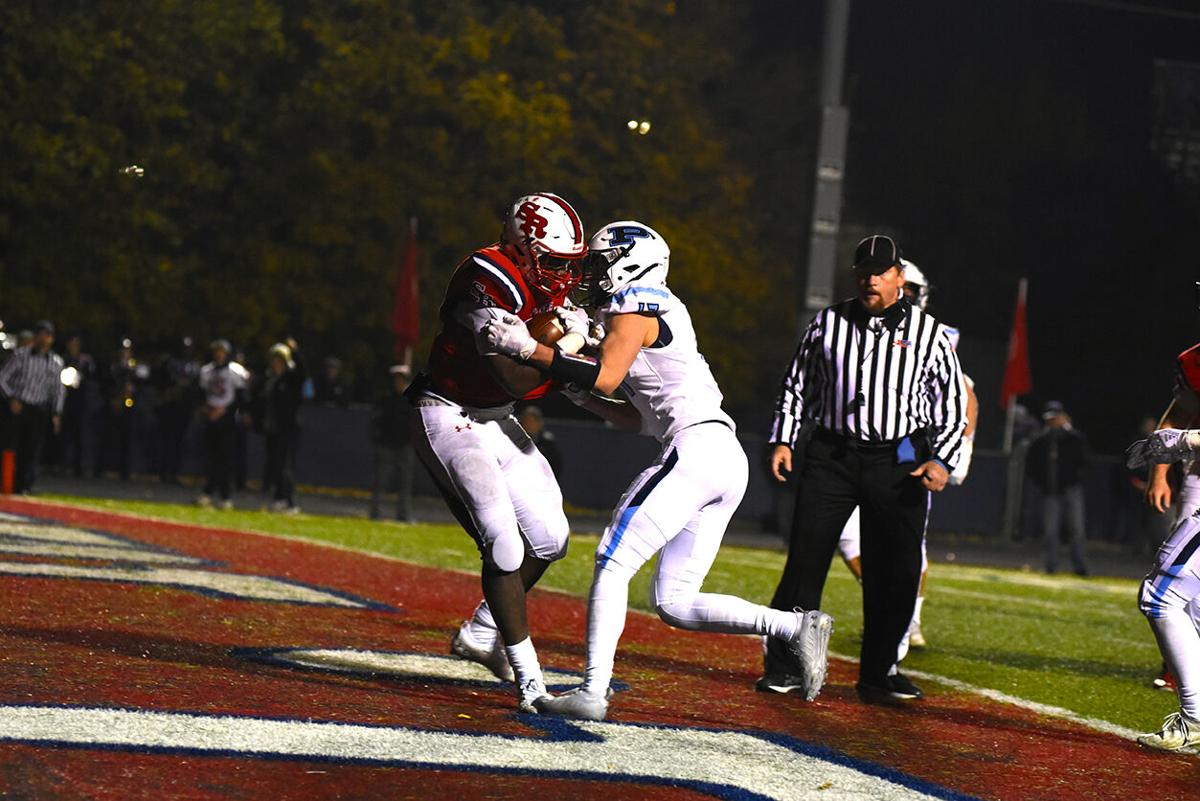 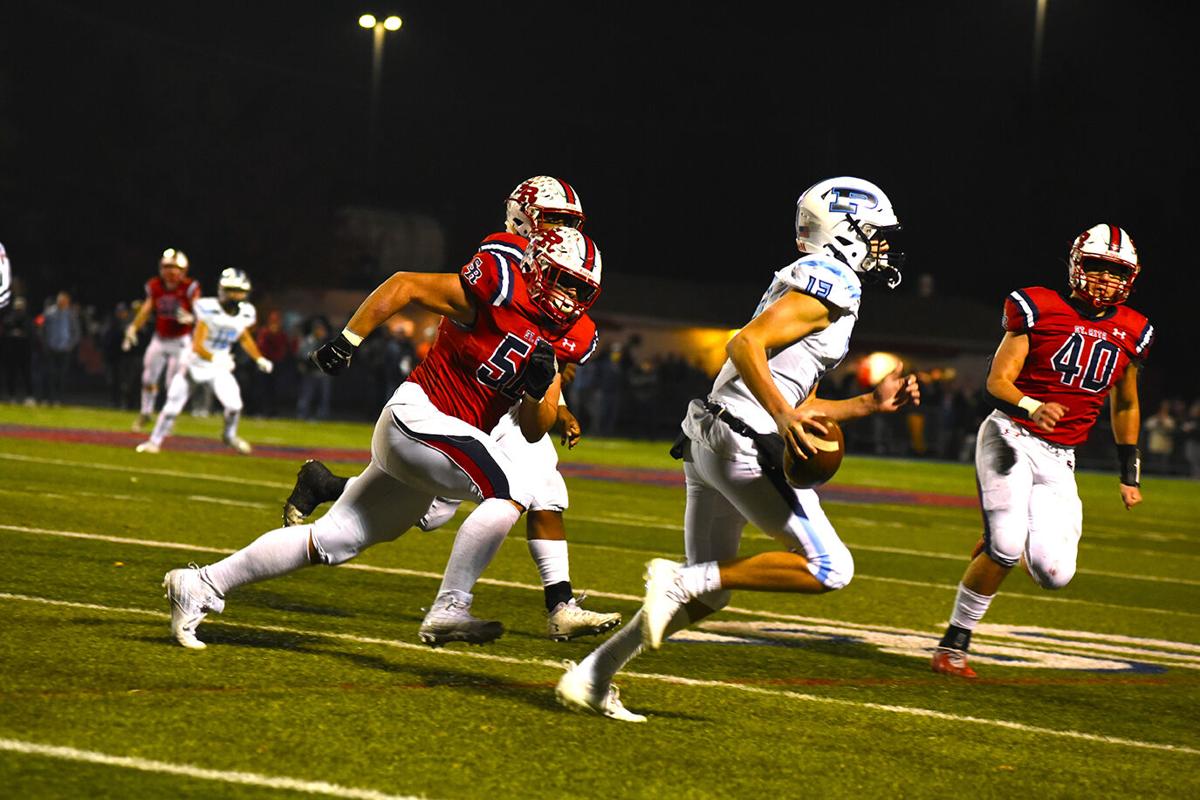 Taking the snap in a wildcat formation on Nov. 20, St. Rita senior Kaleb Brown burst through the line and high-stepped into the end zone for a 17-yard touchdown.

Early in the second, Brown did it again, lunging through a wall of defenders to reach paydirt for a second TD.

After missing most of the regular season with a leg injury, Brown, an Ohio State recruit, was back and loving it.

In the Class 7A state semifinal, the outstanding athlete returned in a big way to help lead St. Rita to the state championship game. Hosting Prospect, the Mustangs delivered a dominant 42-20 victory.

“It’s been a huge roller coaster with some real lows,” Brown said. “It’s crazy. I learned a lot and got better. I learned from everything and came forward. To end my senior year the right way, it’s unreal.”

Poised for a huge senior season after committing to Ohio State this summer, Brown suffered a leg injury in the team’s season opener against Mt. Carmel. He missed the rest of the regular season and the playoff opener before returning in a second-round win over Geneva. Against Hononegah in the quarterfinals, he had 7 catches for 112 yards and 3 touchdowns.

Brown said he knew that if he was able physically, he would return to the gridiron.

With Brown out, Middleton, Stewart and senior Kyle Clayton picked up the mantle at running back along with strong play from senior quarterback Tommy Ulatowski and an imposing offensive line.

“It forced us to regroup and bring on other weapons. Here we are,” said St. Rita Coach Todd Kuska. “We’ve got a lot of weapons and options. For Kaleb, he’s a football player. He’s with his friends and teammates. They play for each other. It’s a credit to this senior class.”

Stewart has taken advantage of his opportunity in the backfield.

“Kaleb brings a lot of energy to us,” Stewart said. “It just took a lot of courage. My coaches and my offensive line have really helped me.”

While Brown and the offense delivered plenty of big plays, the Mustangs defense had a highlight reel of its own.

Junior Johnny Schmitt picked off a Prospect pass and returned it 17 yards for a score to break a 7-7 tie late in the first quarter.

Then after Brown’s second TD, an 11-yard run, senior Jake Polselli deflected a Prospect pass and snatched it out of the air. The lineman raced untouched up the sideline for a 25-yard interception return.

“It was a halfback in the flat. I’ve been reading them all year, got my hands on [passes] but never pulled one in,” Polselli said. “Pulling that one in was special. I wouldn’t have been able to do it without my guys.”

Polselli and Schmitt are Queen of Martyrs Elementary School graduates.

Schmitt has been a consistent, steady performer in the secondary for a tough St. Rita defense as he made his varsity debut this season.

“I saw the ball go up and had to make a play. It changed the momentum,” Schmitt said. “I worked really hard in the offseason to make plays in these types of games. It’s great to be out here. I’m so happy to be part of this team.”

In 2019, St. Rita lost the Class 5A state title game to Rochester with Brown, Ulatowski, Polselli and several other sophomores making huge contributions.

Now, the Mustangs are looking for redemption.

“It’s an unreal feeling,” Polselli said. “We only had six games in the spring. We weren’t promised anything other than nine games [in the fall]. Getting the full 14 games after a short season has been unbelievable. I’m so proud of all of us.”