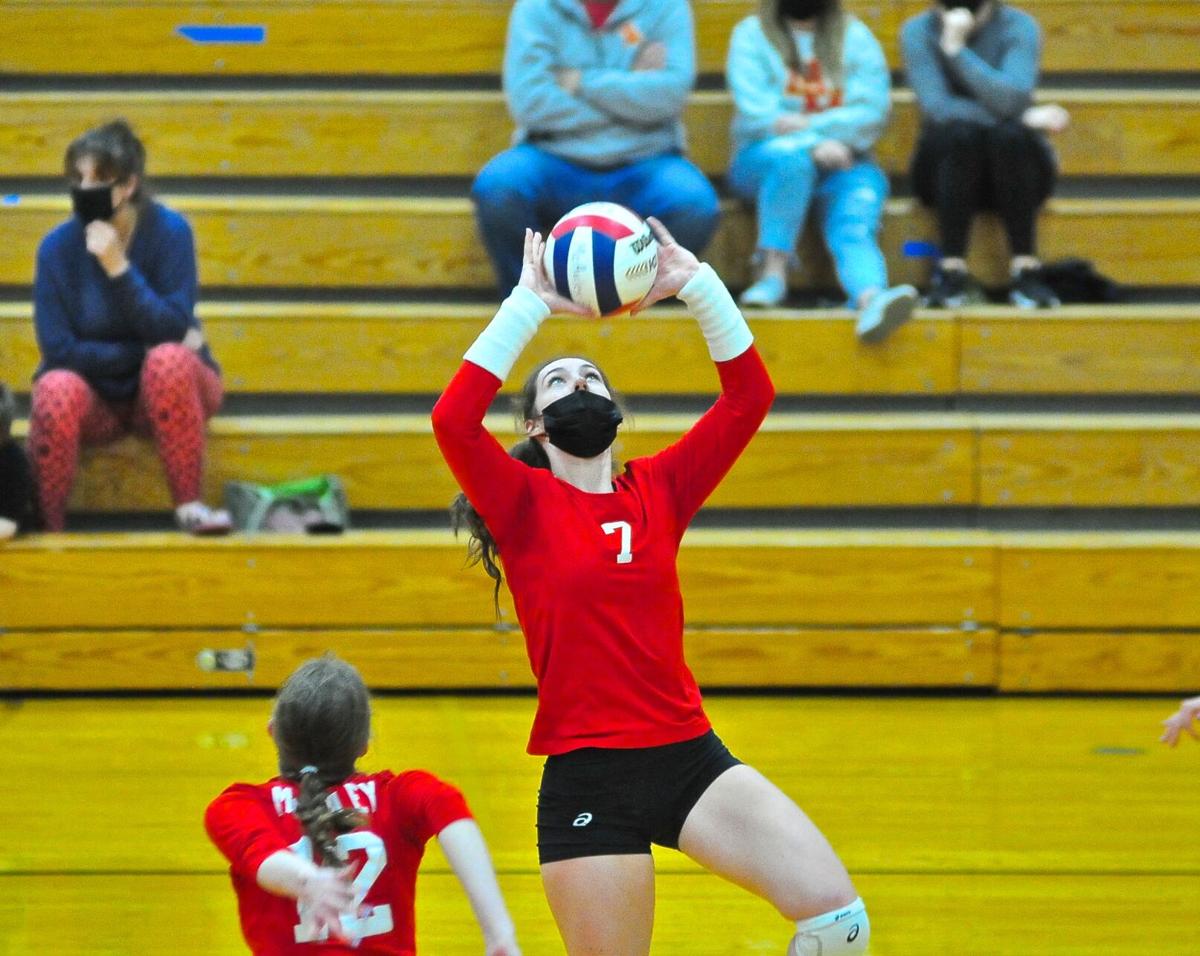 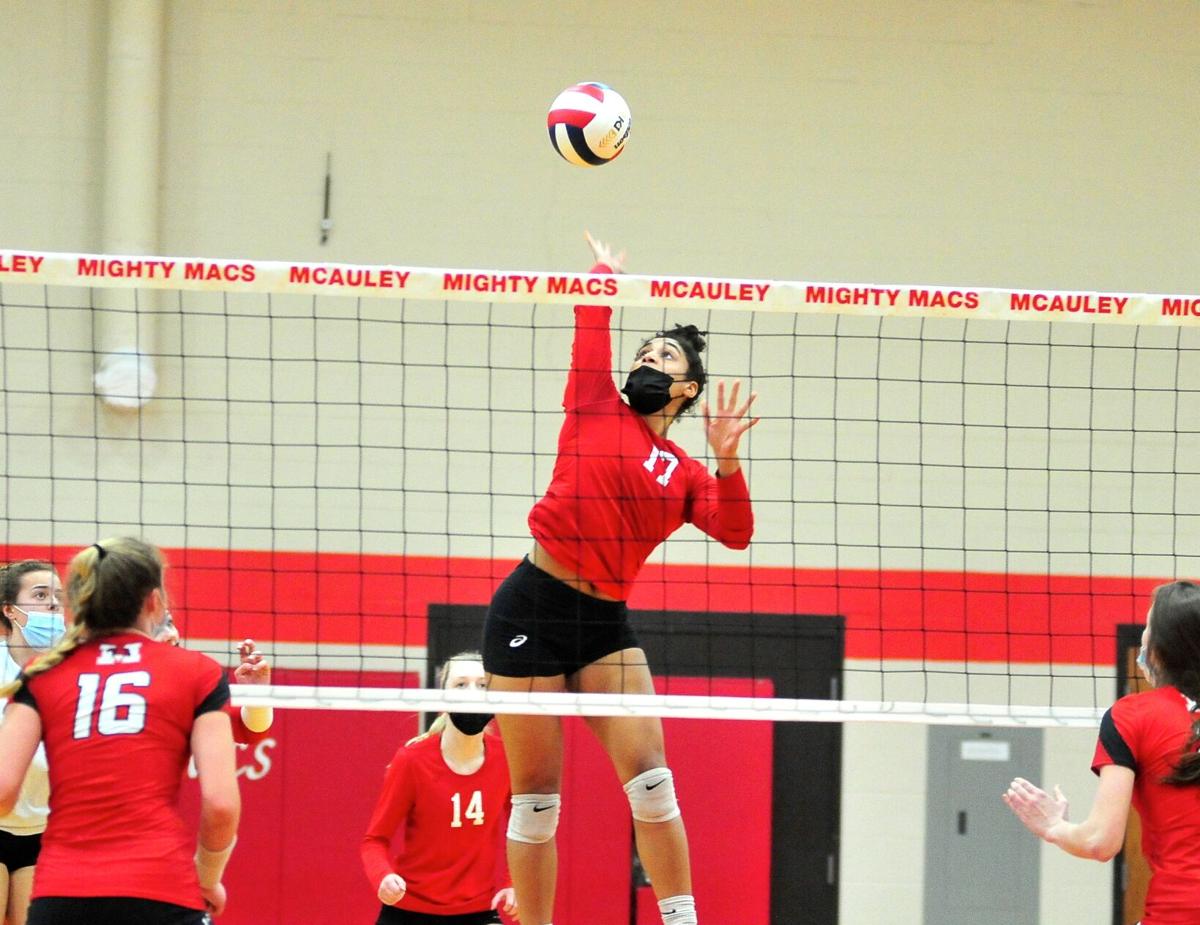 Senior middle Abby Sarich smashes a kill in the first set. Sarich piled up 10 kills and 5 blocks for McAuley in a win over rival Marist (Review photo) 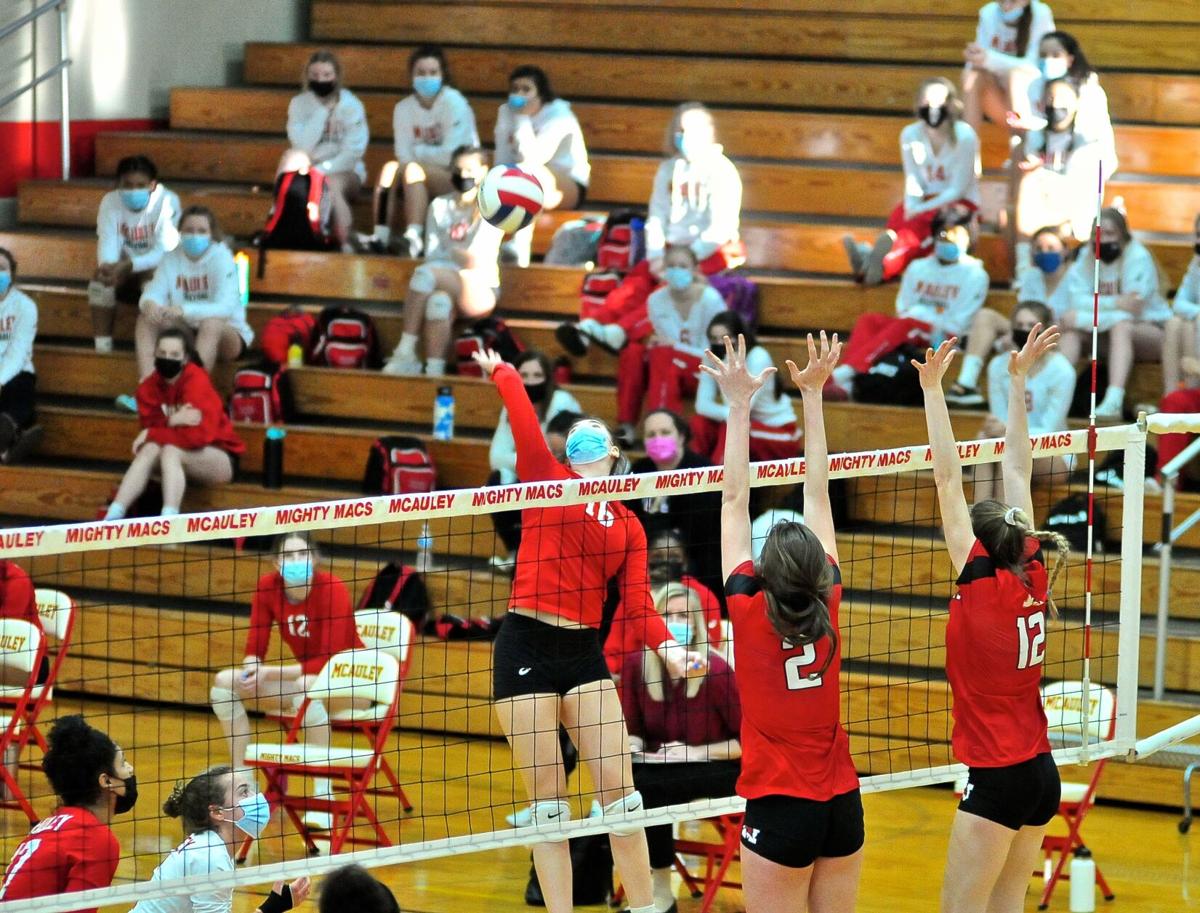 Senior right side hitter Molly McDermott rips a shot past the Marist block. McDermott had 5 kills for the Mighty Macs. (Review photo) 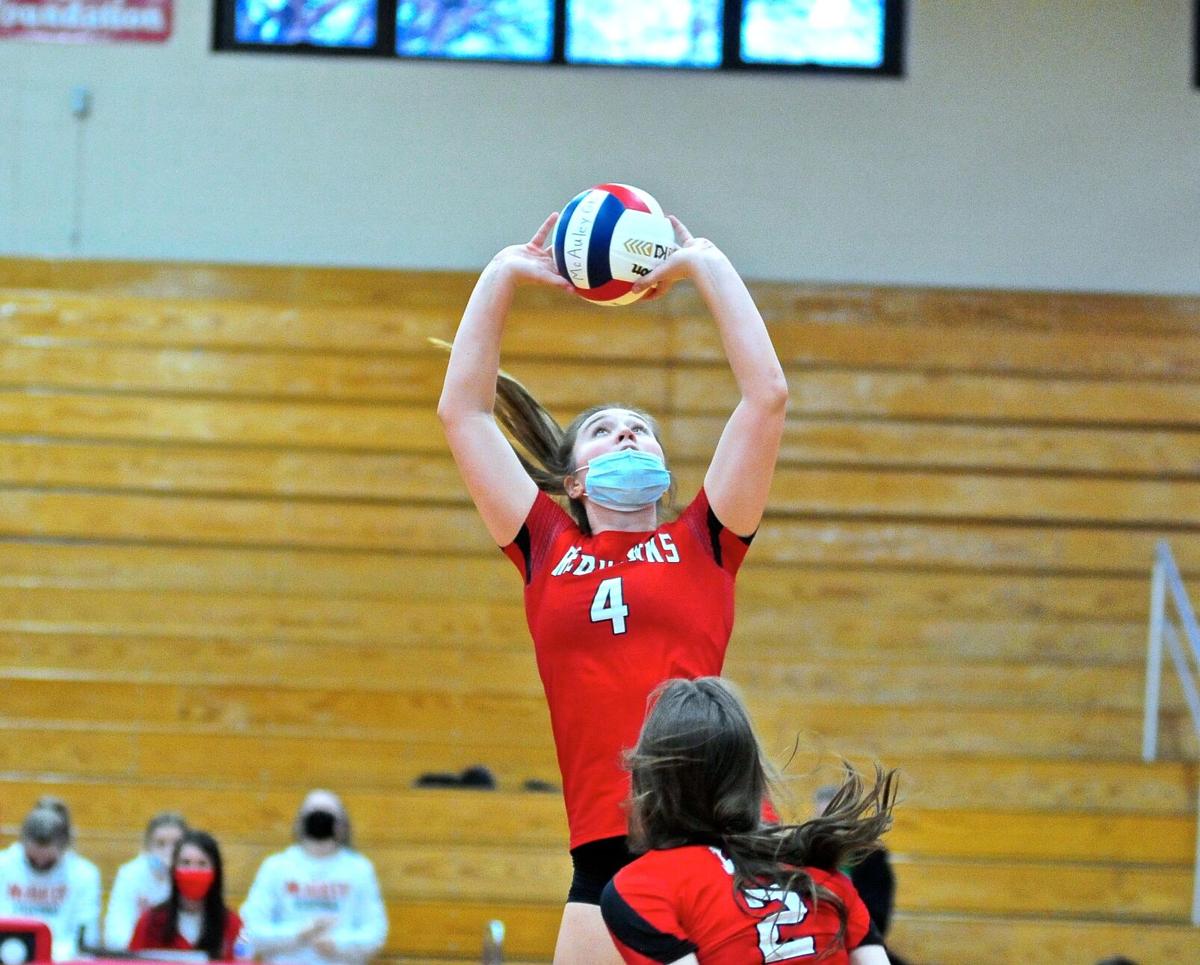 Marist senior setter Nikki Jones sets up a teammate against Mother McAuley. Jones piled up 28 assists and 5 kills for the RedHawks. (Review photo)

Senior middle Abby Sarich smashes a kill in the first set. Sarich piled up 10 kills and 5 blocks for McAuley in a win over rival Marist (Review photo)

Senior right side hitter Molly McDermott rips a shot past the Marist block. McDermott had 5 kills for the Mighty Macs. (Review photo)

Marist senior setter Nikki Jones sets up a teammate against Mother McAuley. Jones piled up 28 assists and 5 kills for the RedHawks. (Review photo)

Caroline Macander was just a seventh-grader at St. Barnabas Elementary School in fall 2016 as she watched the Mother McAuley volleyball team win the Class 4A state championship.

She watched from the stands at Redbird Arena in Normal as her big sister, Casey, and the Mighty Macs defeated Minooka in three sets for the win.

For Caroline, she was hooked.

“I was at the McAuley gym every chance I could. It was always something I was so excited for,” Macander said. “I’ve always looked up to my sister as a role model. When they won state, I thought ‘I need to be a part of something like that.’ I couldn’t wait for my chance to get here and play.”

Now a junior, Macander is the starting setter for the Mighty Macs.

It was McAuley’s first win over Marist since 2017, a stretch of five matches, including three matchups in the state playoffs.

Snapping the losing streak, the Mighty Macs stayed calm and swung away.

“The win shows a lot of mental growth,” Macander said. “This game is something that’s always been in our heads, thinking ‘Oh, it’s such a big rivalry!’ This year, we prepared differently. It was like any other game. We came in with high energy and dominated.”

In both sets when Marist rallied from early deficits, the Macs answered.

Up 22-21 in the first, LeBel and McDermott went back-to-back with huge kills. A Marist error ended the match.

LeBel is a Ferris State recruit and McDermott is a Southern Utah recruit.

Sarich (St. Cajetan) was a gigantic presence offensively and defensively in both sets, continuing her season-long tear.

She was one of five players with 5 kills or more as a balanced attack kept the Marist block on edge.

“Our focus was not making mistakes. We did that,” Sarich said. “Our last game vs. Loyola, we made some but were able to come back. This game we did the same thing. When there were mistakes, we came back and made it harder for Marist to catch up.”

Spreading the wealth to her deep lineup of hitters, Macander said she feels quite comfortable. She tries to feed the hot hitter but knows she can count on each of them to deliver.

“They all want the ball. They’re all screaming for the set,” Macander said. “It makes me feel a lot better. I know anyone I set can put the ball away. That’s the best feeling as a setter.”

Macander started on the junior varsity squad as a freshman. Last year, she backed up starter Emily Weber but didn’t see much court time.

Mother McAuley Coach Jen DeJarld said the then-sophomore put in the time both as a sophomore and this year through an extended offseason, including fall and winter workouts.

“It was a learning year for Caroline. She had a lot of growth and learning to do from practice,” DeJarld said. “She knew coming in she was going to be our setter. She’s getting more confident in her tipping, connecting with her middles and does a great job with her tempos.”

The RedHawks were without 5 players, including two starters.

Mother McAuley and Marist will square off again on April 3 at Marist.