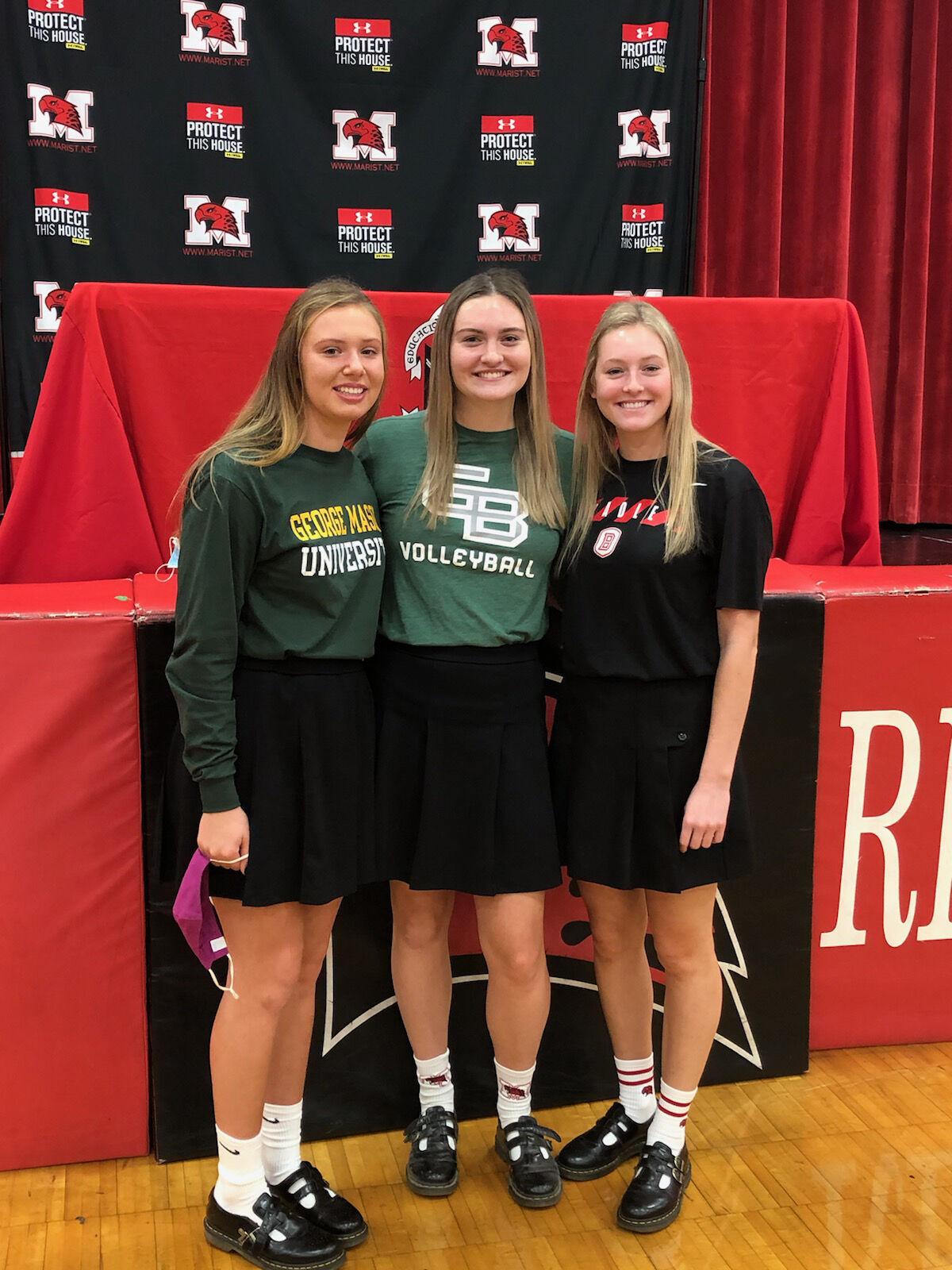 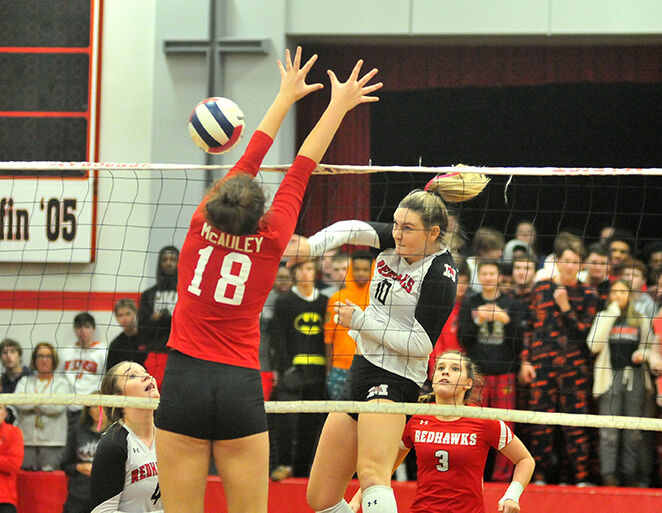 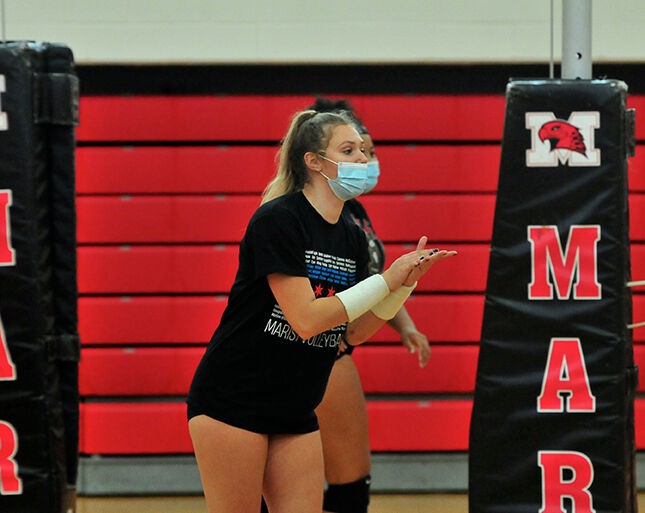 The members of a talented RedHawks senior class signed their National Letters of Intent surrounded by family and friends at the school.

So, while the 2020 Signing Day ceremony was quite different, Gacek still savored the chance to celebrate her next step and in some ways, just feel normal again.

“It was almost something better than nothing. Signing Day is really important,” Gacek said. “Seeing all the varsity players last year sign, I thought ‘God, I can’t wait to do that next year.’ It was a good moment to have with teammates. It was really good.”

The ceremony was conducted with social-distancing protocols in place.

Athletes went up on the stage one at a time, signed their letters and then were joined by family for photos.

Kurpeikis (Beverly, St. Barnabas) said the ceremony was certainly unique, but she enjoyed the occasion.

“It was a little weird, but we had a ton of support,” Kurpeikis said. “[The emotions] do hit you a little.”

The girls volleyball season has been moved to the spring season due to the health crisis, and practices are scheduled to begin in mid-February. If the season had been played, Signing Day would have been held in the days leading up to the state semifinals and championships matches.

“Comparing it to last year, this is state week,” Kurpeikis said. “I think we’re all excited to move on and play in college because the year has been so frustrating. We’re still here though with a season upcoming. We have to come in, play and focus on all the things we can improve on. We want to carry that into our season.”

Under Illinois High School Association rules, teams were allowed to have 20 contact days this fall.

Abiding by social-distancing guidelines and wearing facemasks, the RedHawks took advantage of the contact days. As athletes and coaches continue to deal with a turbulent year, Marist Coach Jordan Vidovic said he is happy the team could have a somewhat normal Signing Day.

“To do something we’re used to doing when the excitement of other things isn’t there, like playing, Signing Day is definitely amplified,” Vidovic said. “You put your college shirt on, be with their family, see their name on the placard, get up there with the backdrop, you feel like an athlete again. It takes all that energy and puts it into one special day for them.”

Kurpeikis verbally committed a year ago. While many student-athletes found themselves scrambling through the recruiting process due to the health crisis, she had already committed.

As for Green Bay, it felt like the perfect fit.

“On my visit, it sounds cheesy, but it really felt like home,” Kurpeikis said. “The coaches truly care about me as a person more than a volleyball player. They always supported me. I felt the love, and the girls there reminded me of being here at Marist. That was really cool to me.”

In making her college choice, Gacek found her school for volleyball and her intended major, criminology.

“I was looking where I could excel with what I want to major in,” Gacek said. “George Mason is close to the Washington, D.C., area. I thought it would be a good place to get internships or jobs, potentially. I want to be a lawyer, so that really stuck out to me.”