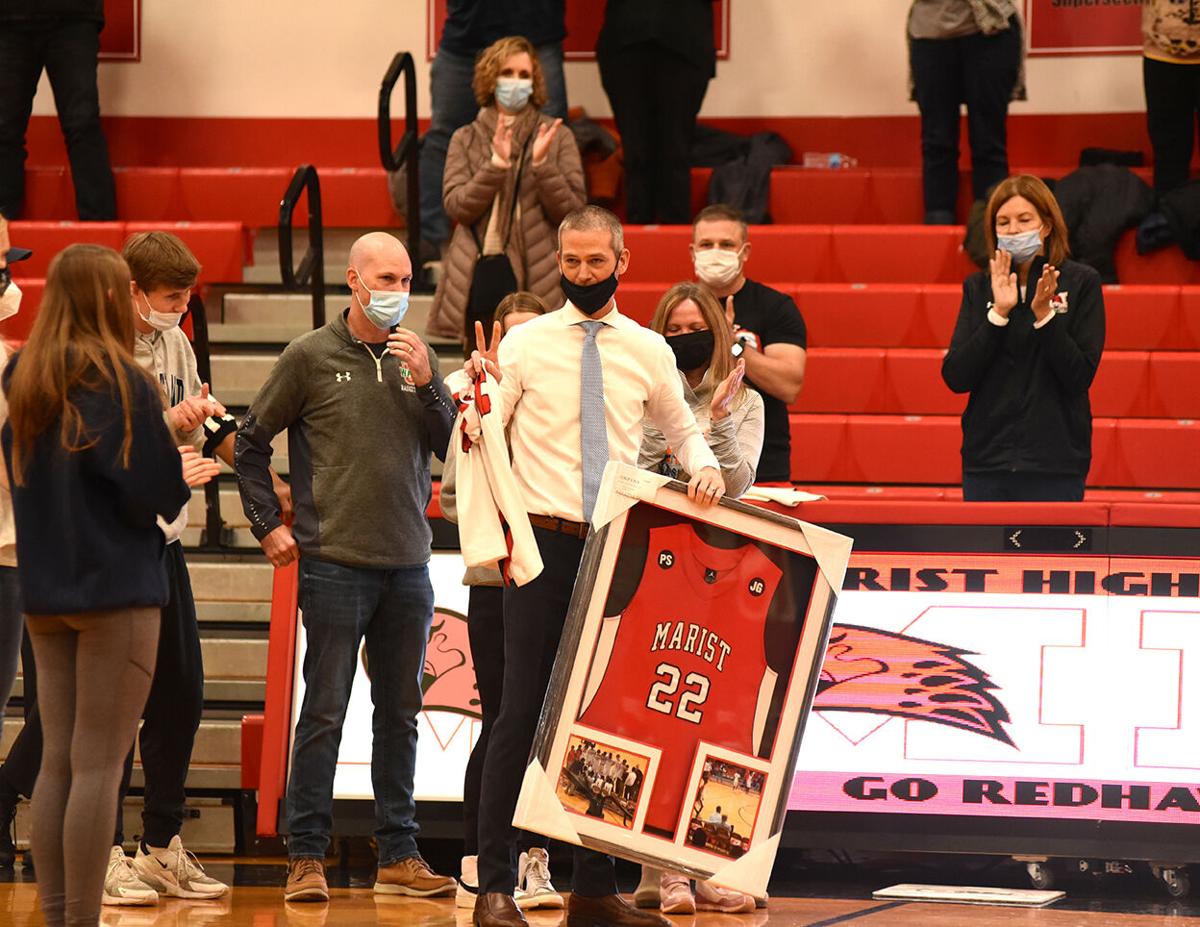 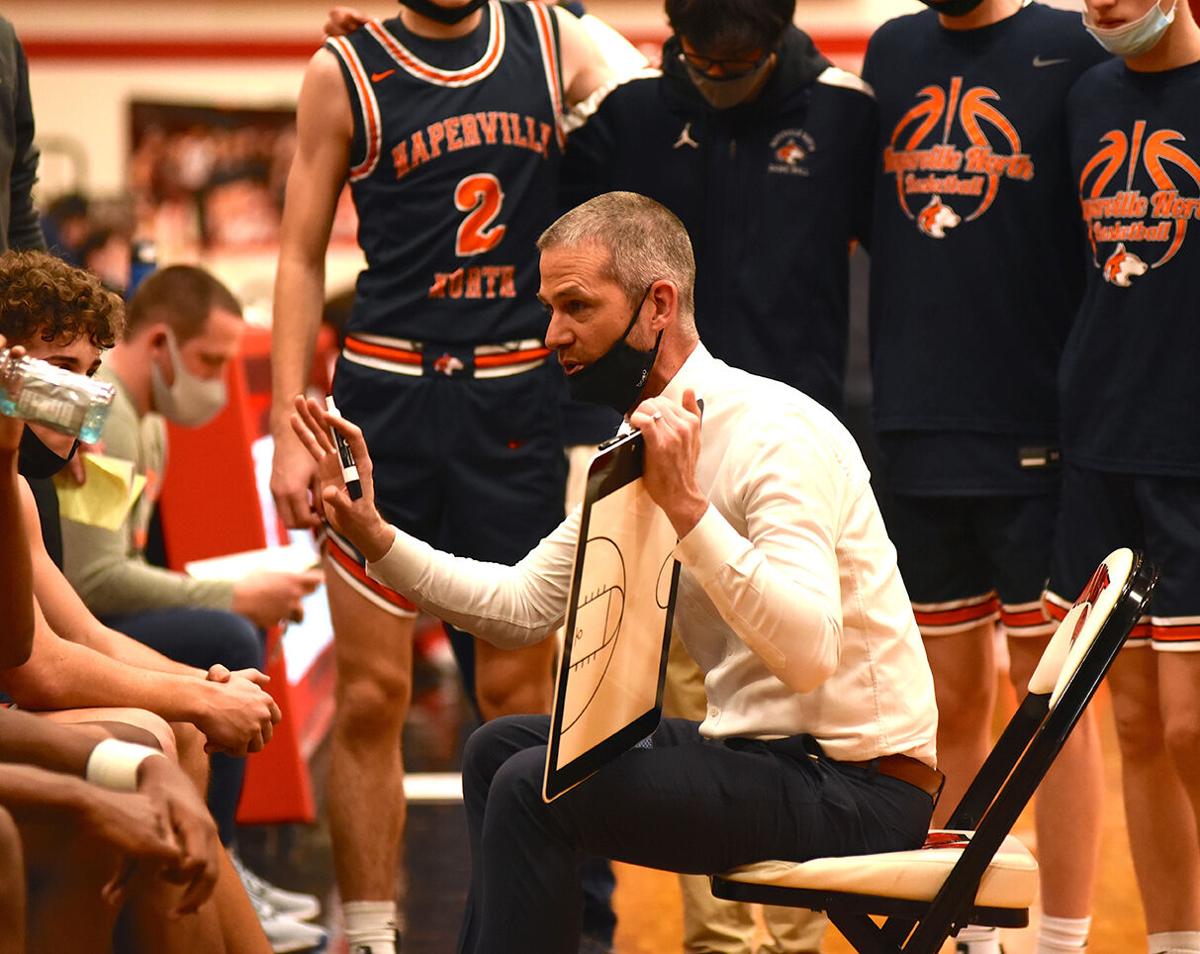 Naperville North Coach Gene Nolan addresses his team during a timeout in the second half as the Huskies battled the Marist RedHawks. Nolan coached at Marist for 22 years, including 18 as head coach. (Review photo)

Naperville North Coach Gene Nolan addresses his team during a timeout in the second half as the Huskies battled the Marist RedHawks. Nolan coached at Marist for 22 years, including 18 as head coach. (Review photo)

Returning to his alma mater for the first time as an opposing coach, Gene Nolan was ready for a potentially emotional night.

However, even Nolan wasn’t sure about what to expect at Marist.

Before his Naperville North Huskies took on host Marist on Jan. 8 in a nonconference matchup, Nolan was surprised by the Marist staff who honored him pregame by retiring his No. 22 jersey.

A 1992 Marist graduate, Nolan returned to the school, coaching and teaching at his alma mater for 22 seasons, four as an assistant and 18 as the boys basketball head coach.

He is the winningest coach in the boys basketball program, winning 330 games.

Nolan took a teaching and coaching job in 2018 at Naperville North.

“I’m very grateful for the 26 years I spent here. I feel like I’m the luckiest person in the world,” Nolan said. “The friendships and memories I had at Marist, they will mean a lot to me forever.”

Brian Hynes was a longtime assistant (2007-2018) on Nolan’s staff. He is in his first season as the Marist head coach.

When the two schools were able to schedule the game, the process began to honor Nolan in some way. It was actually Hynes’ brother who came up with the idea.

“We started that conversation of what can we do to for Gene?” Hynes said. “My brother, Mike, gave me the suggestion. We wanted it to be a surprise for him. It went great. It was a surprise for Gene. It’s hard to retire a coach’s jersey, but he was an unbelievable player here, too. He deserved it.”

Nolan is a Mt. Greenwood native. He now lives in Naperville with his wife, Kelly, and their three daughters.

Much of Nolan’s family was in attendance for the surprise number retirement ceremony along with many friends and former players.

Hynes said the two schools hope to host an annual nonconference rivalry game going forward. As for potential bragging rights, he’ll take the win, but he won’t be gloating over his longtime friend.

“Anyone but Gene, there would be bragging rights,” Hynes said with a smile. “Certainly, I’d rather win than lose, but I wouldn’t have this job without him. Everything I know is because of him. It’s an odd feeling to see your best friend on the other side.”